Scout Attacked by a Tiger depicts in a forbidding dense jungle, a tiger seizing upon the scout in Henri Rousseau’s so-called ‘Naive’ style. The perspective is not rational in this 1904 work – a rider’s horse rears up and appears to be dwarfed by the feral cat, and little intention by the artist to draw the human figure with realism is obvious.

The moral here seems to be about the incommensurability or lack of relation between the human social world and the sovereign reserve of these creatures; and when the two worlds meet all that follows is violence, a lack of understanding, and chaos.

Henri Rousseau’s Scout Attacked by a Tiger (Éclaireurs attaqués par un tigre in French) is in the Barnes Foundation in Philadelphia.

The Wrath of Ahasuerus: Jan Steen 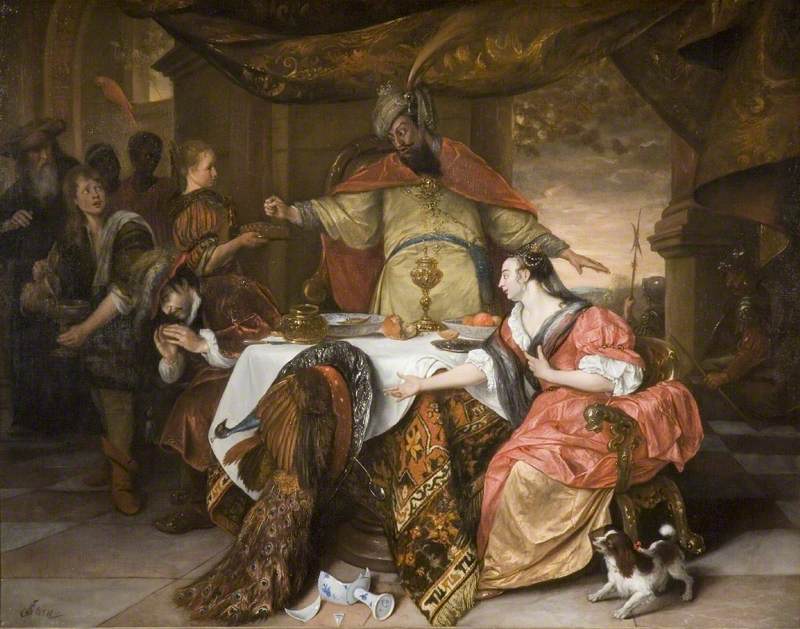 The Wrath of Ahasuerus is a 1672 painting by the Dutch Golden Age artist Jan Steen. This work is located in the Barber Institute of […] 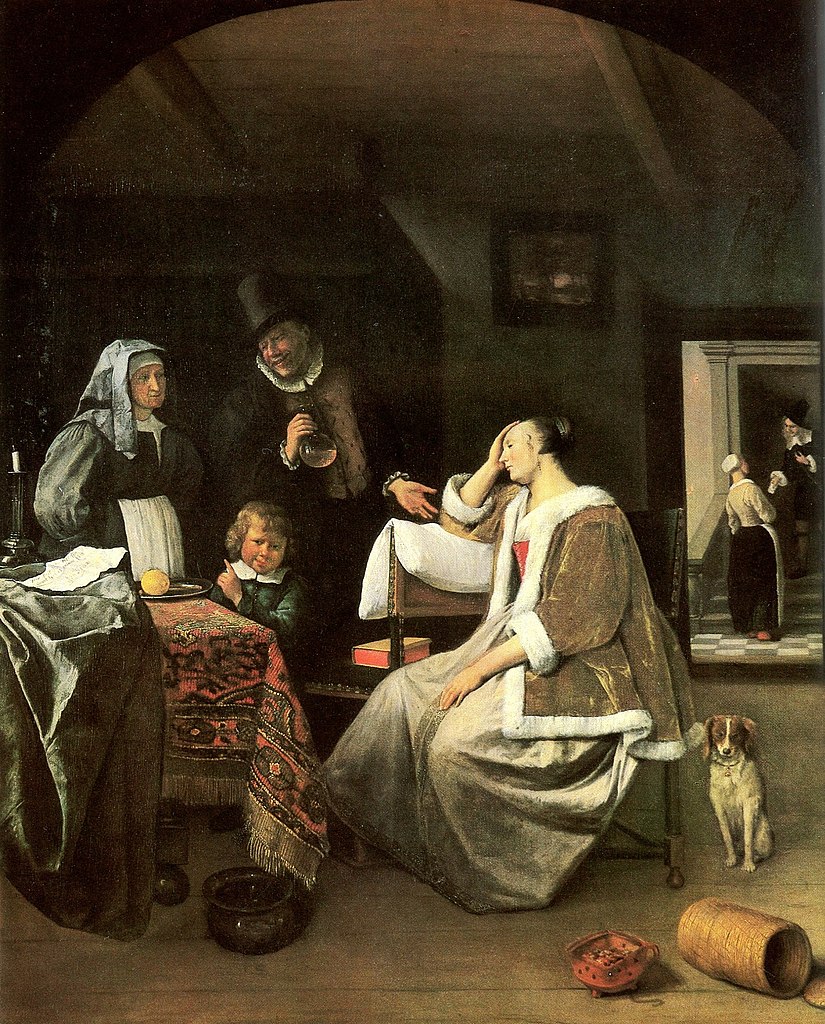 Lovesickness is a 1660 painting by the Dutch Golden Age artist Jan Steen. This work is located in the Staatliches Museum Schwerin in Schwerin, Germany. […] 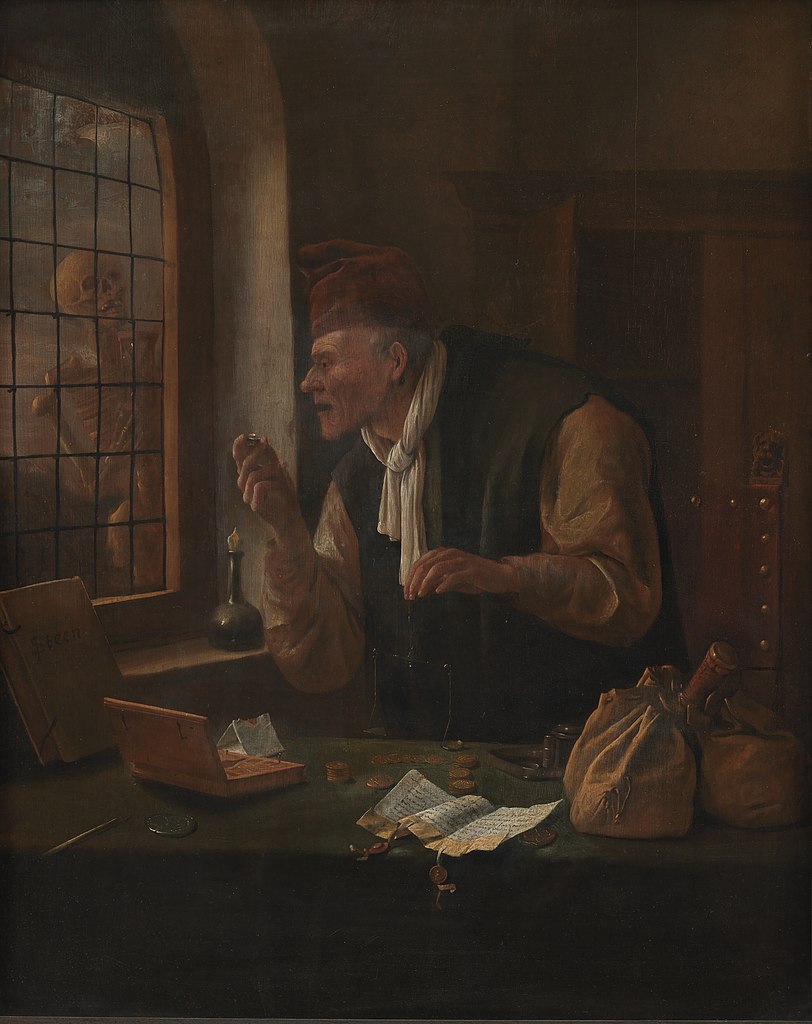 The Miser is a 1600s painting by the Dutch Golden Age artist Jan Steen. This work is located in the Statens Museum for Kunst in […]