Paul Gauguin’s Te aa no areois which means ‘the seed of the Areois’, who are the historical local people of Tahiti, relates to the foundational myth of the race which says that the sun god mated with the most beautiful woman, Vairaumati to foster a people. Gauguin in 1892 depicts his lover, Tehura, as the woman and in doing so brings the myth into the present. This is poignant as the Areois people had by the time almost disappeared. The picture is a combination of styles and retains Gauguin’s strong sense of the dark outline in an abundant landscape.

Paul Gauguin’s Te aa no areois is in the Museum of Modern Art in New York City. 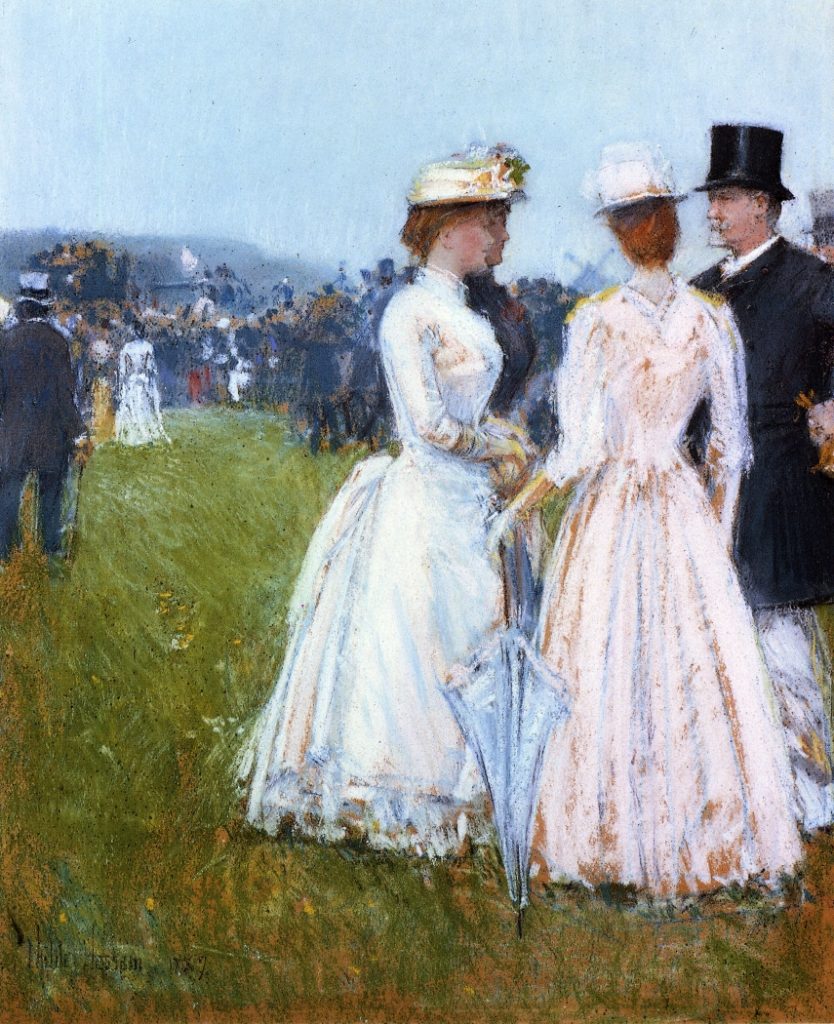 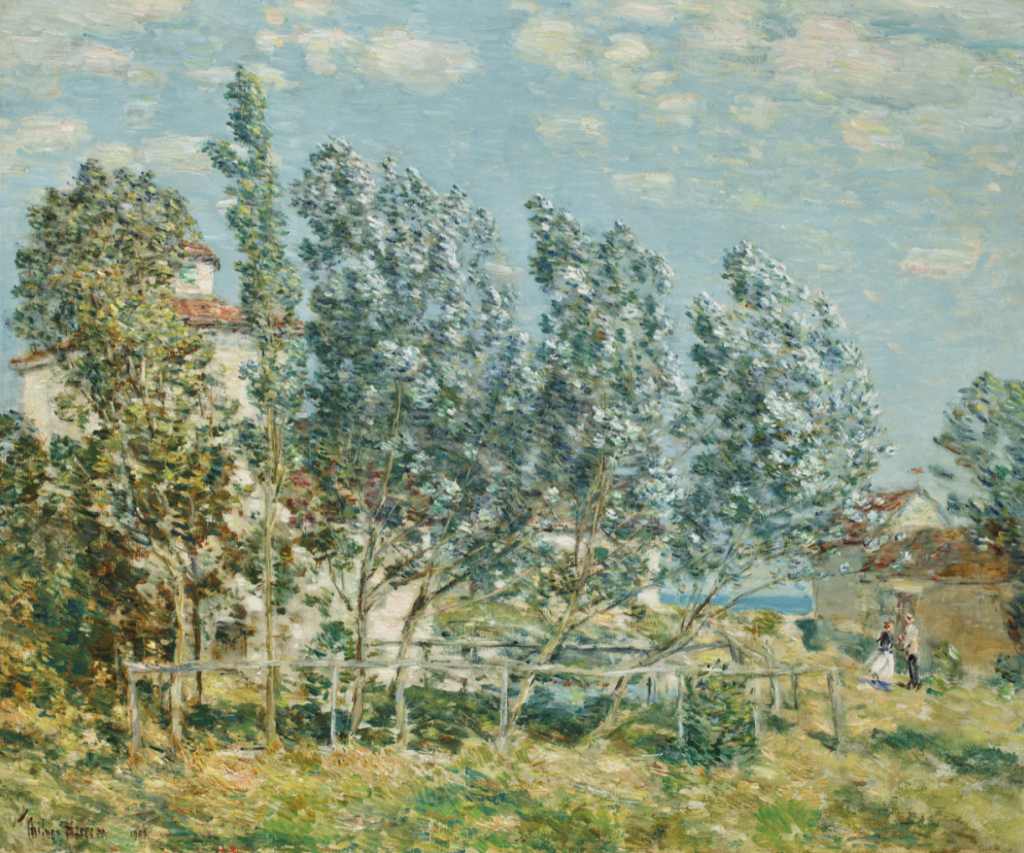 The Southwest Wind is a 1905 Impressionist painting by American artist Childe Hassam. This work is located in the Worcester Art Museum in Worcester, Massachusetts. […] 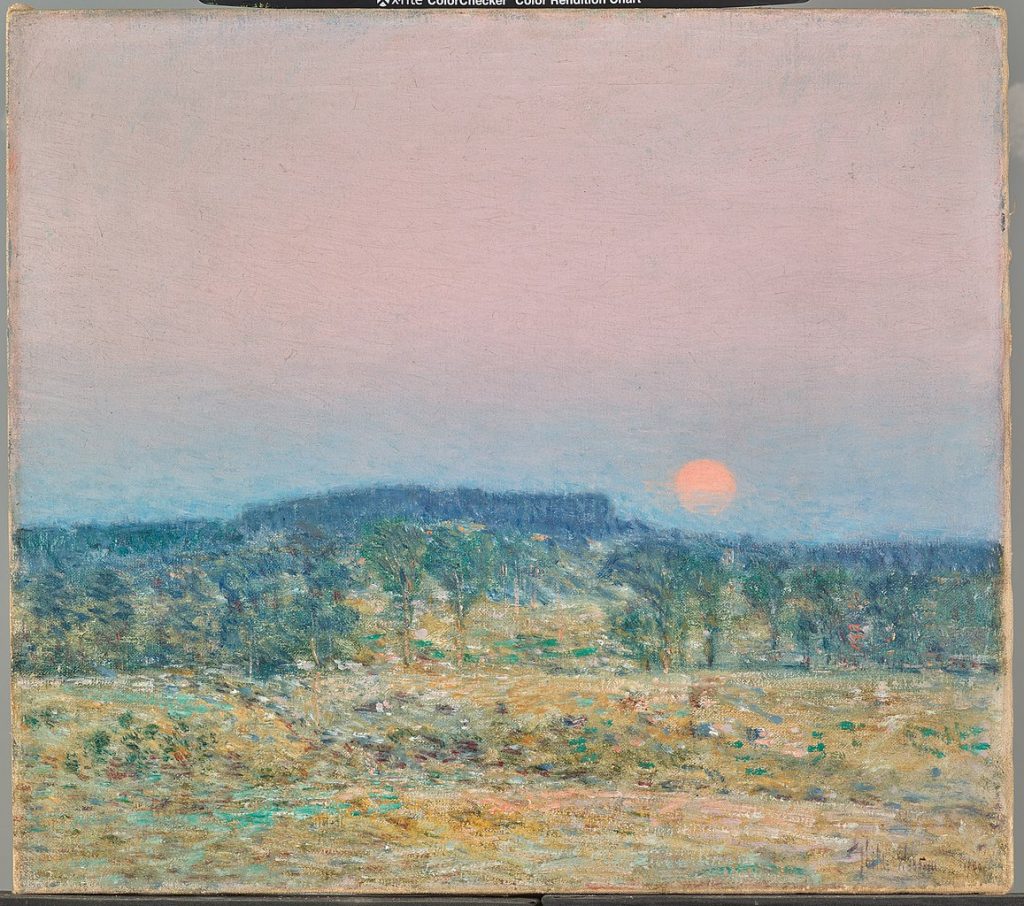 September Moonrise is a 1900 Impressionist painting by American artist Childe Hassam. This work is located in the Dallas Museum of Art in Dallas, Texas. […]