The Night Café, or Le Café de nuit in French, is an 1888 Expressionist painting by Dutch artist Vincent van Gogh.

Summary of The Night Café

We are seeing the inside of an all-night café, with several casual customers on either side and the proprietor standing in the middle, beside a green billiard table. He is the only one to be facing the viewer. A doorway across the room is open, suggesting other spaces beyond.

The establishment is the Café de la Gare in Arles, South-Eastern France, in Provence. Van Gogh was a regular at the cafe, where he had a room, during his artistic retreat to the small maritime town. To capture its nighttime atmosphere, van Gogh slept during the day so as to be able to paint at night. He worked on it for three nights in a row.

The proprietor’s wife featured the same year in another van Gogh painting, the Arlésienne.

The painting is based on lively chromatic oppositions. A turquoise ceiling reaches down to orange-red walls. These are enlivened both by the contrast with the greenish hue and by the golden rays of light that the hanging lanterns are casting on them. The tapestry on the lower quarter of the wall is of a yellow-brown pattern and so are the floorboards.

When van Gogh arrived in Arles on 21 February 1888, it had the look of a peripheral backwater townlet. He was immediately attracted by its simplicity and the chance to see, in this part of the Provence, images of authentic human life.

It is even possible that van Gogh hoped to establish an artistic circle in Arles to which to invite like-minded artists. He produced over 300 artworks, drawings, and paintings, during his one year of residence.

Paul Gauguin visited Vincent van Gogh in Arles but was less impressed by the place. The only painting he accomplished while in Arles was a portrait of van Gogh. The two friends had recurrent quarrels during their cohabitation at the so-called Yellow House.

It is in Arles that van Gogh’s perilous mental health took a turn for the worse. It is here that, in December 1888, van Gogh cut off his left ear with a razor during a hallucinatory fit that he could not afterward recall.

He was hospitalized the following day, Gauguin having already departed and his departure having possibly precipitated the self-harming event. Although ostensibly recuperated by January 1889, van Gogh was by now behaving even more erratically. So much so that in March the local residents, including the proprietors of the Café de la Gare – the subject of this painting The Night Café, petitioned the police for his removal.

After the eviction, van Gogh resided in Arles for another two months before finally entering an asylum of his own will. He lived for another year, then committed suicide by way of a gunshot.

History of The Night Café

Vincent Van Gogh had sold The Night Café to the proprietors of the Café de la Gare to settle his debts. It was subsequently acquired by the Russian art collector Ivan Morozov and exhibited regularly for a brief period in Moscow.

The Bolshevik government confiscated Ivan Morozov’s art collection, along with the collections of many others, as part of their nationalization policy after the Russian Revolution in 1917. Like most other artworks stolen by the Bolsheviks, The Night Café was sold in the 1930s to the Western World as means to generate much-needed foreign currency supplies. It was acquired by businessman and newspaper publisher Stephen Carlton Clark in 1933 who in 1960 bequeathed to his alma mater Yale University. It currently resides in The Yale University Art Gallery (YUAG).

Van Gogh came to Arles in search of some peace of mind and with a half notion of starting an artists’ colony. Prior to his painful cohabitation with Paul Gauguin, he had also found it difficult to live in the same place as his brother Theo, whom he otherwise loved. In Arles, van Gogh also hoped to recover his physical health, compromised by alcohol and nicotine.

The year spent in Arles between 1888 and 1889 represents the last period of his independent living. It would be followed by hospitalization and regular care, until his fatal self-shooting on 27 July 1890. At the time of his death, at 37 years of age, he had only begun to be widely recognized as an exceptional artist.

Location of The Night Café 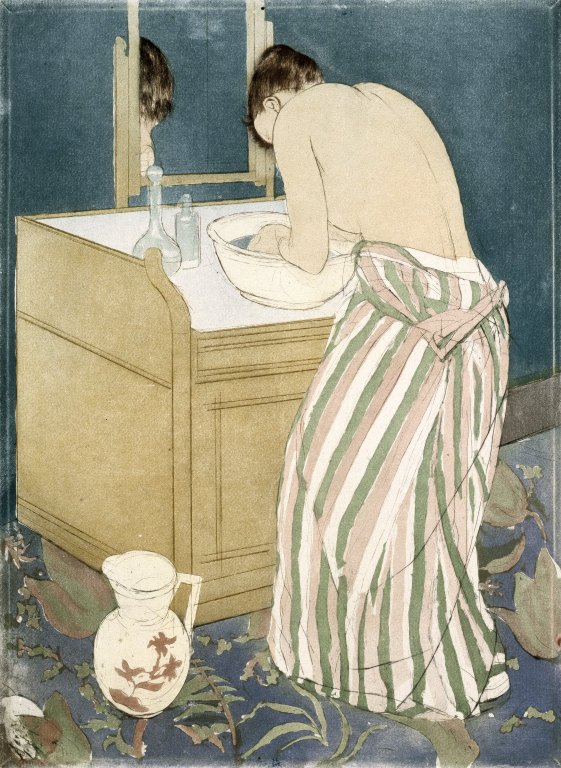 The Toilette is an 1890 painting in the Impressionist style by the leading American painter and printmaker Mary Cassatt. This work is located in the […] 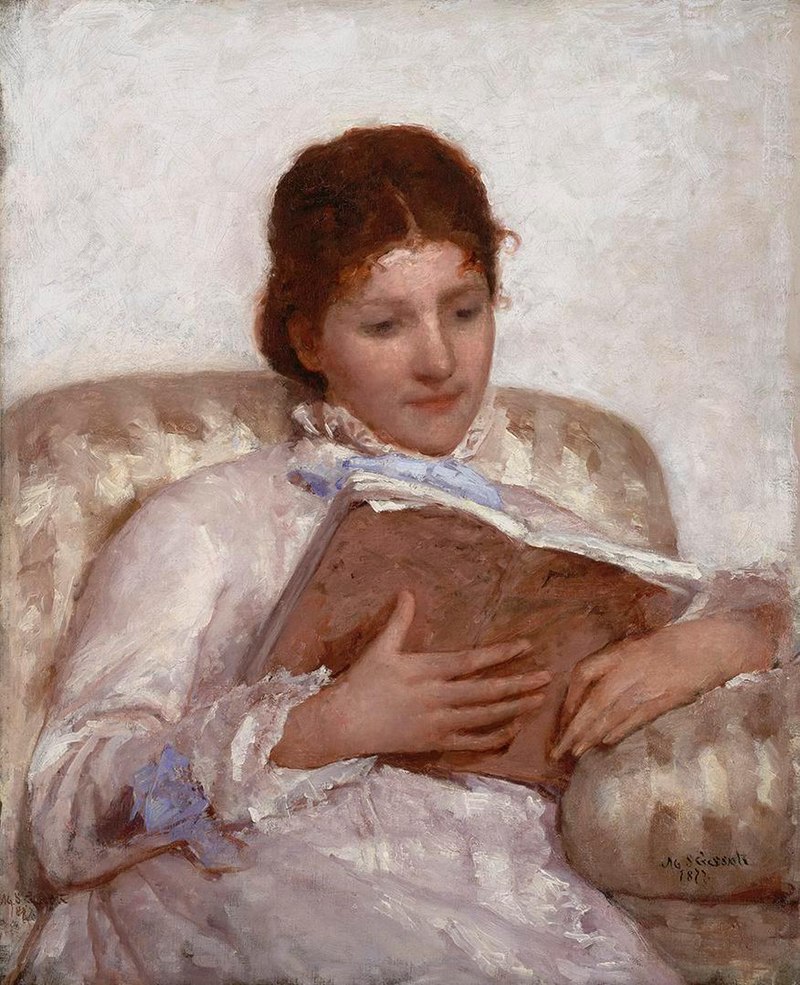 The Reader is an 1877 painting in the Impressionist style by the leading American painter and printmaker Mary Cassatt. This work is located in the […]

Sara Handing a Toy to the Baby: Mary Cassatt 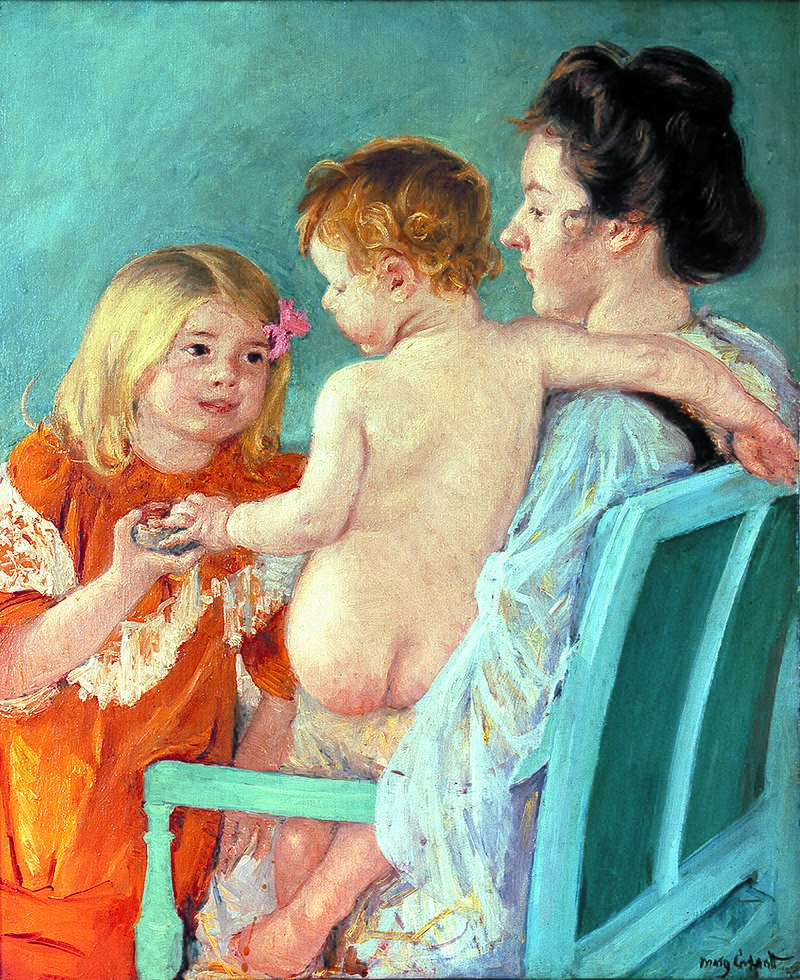 Sara Handing a Toy to the Baby is a 1901 painting in the Impressionist style by the leading American painter and printmaker Mary Cassatt. This […]