Jean Monet on his Hobby Horse is an 1872 French Impressionist painting by leading artist Claude Monet.

The picture depicts Claude Monet’s eldest son Jean and was painted in 1872 after his family’s return to France after the Franco-Prussian War, at their new home at Argentueil near Paris, France.

The beginnings of Monet’s Impressionism are apparent in the sketchily applied and almost transparent fabric of the young Jean’s attire, and also in the cursory treatment of the rosebush behind him. It was during that same year that Monet painted his most famous painting Impression: Sunrise which was the painting that would name the Impressionist movement and influence art history.

Jean Monet was born in 1867 in Paris, France to Claude Monet and his first wife Camille Doncieux with whom they also had another son, Michel. The marriage was witnessed by Monet’s contemporary Gustave Courbet. Camille Doncieux was also an artist and was also a frequent model of both Monet as well as Pierre-Auguste Renoir and Édouard Manet.

Doncieux featured in paintings including Camille in Japanese costume, Camille on the Beach in Trouville, Camille Monet on a Garden Bench, Madame Monet and her son, and The Monet Family in Their Garden at Argenteuil.

The Monet family fled Paris in self-exile in London during the Franco-Prussian War and returned shortly to Argenteuil before Jean Monet on his Hobby Horse was painted. This work was particularly special to Claude Monet, he nexer exhibited the picture, instead, it resided in the Monet family home until his death in 1926.

Jean Monet is also featured in another Claude Monet painting, The Luncheon, Camille Doncieux and Jean Monet which he painted in 1868.

Claude Monet’s Jean Monet on his Hobby Horse is in the Metropolitan Museum of Art in New York City in the United States. 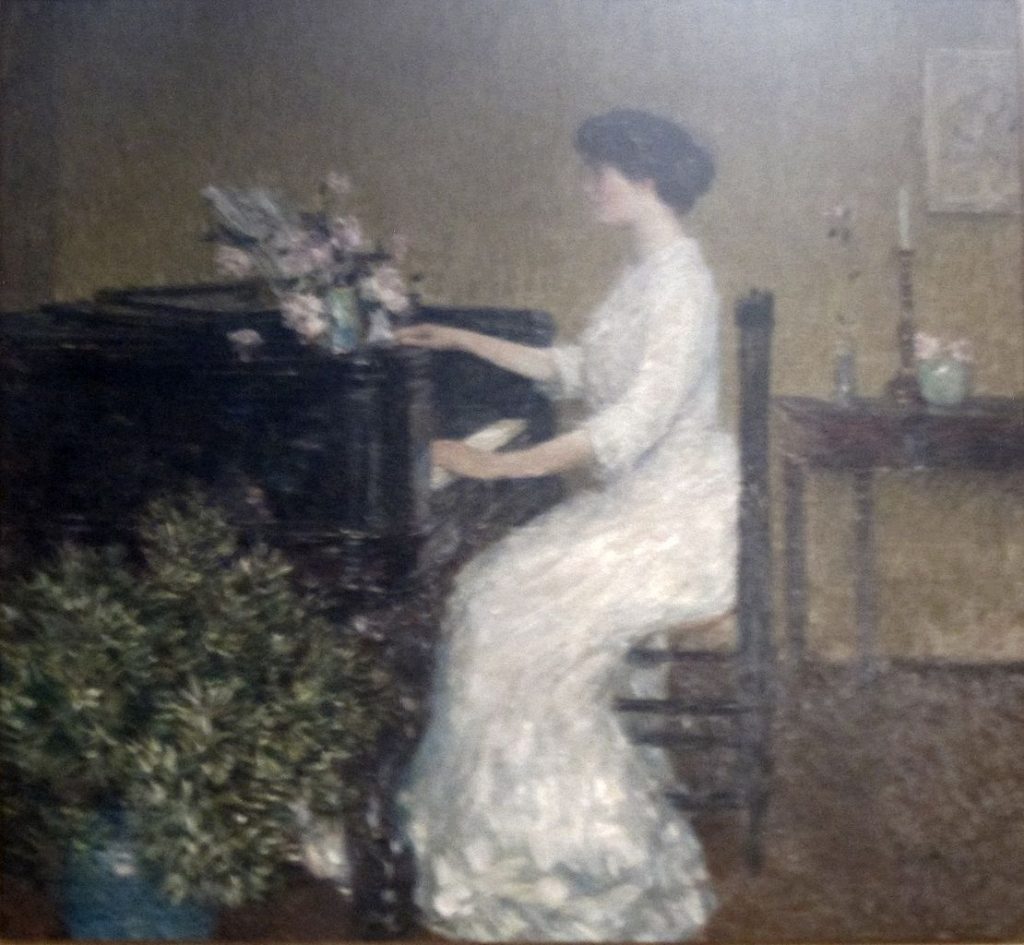 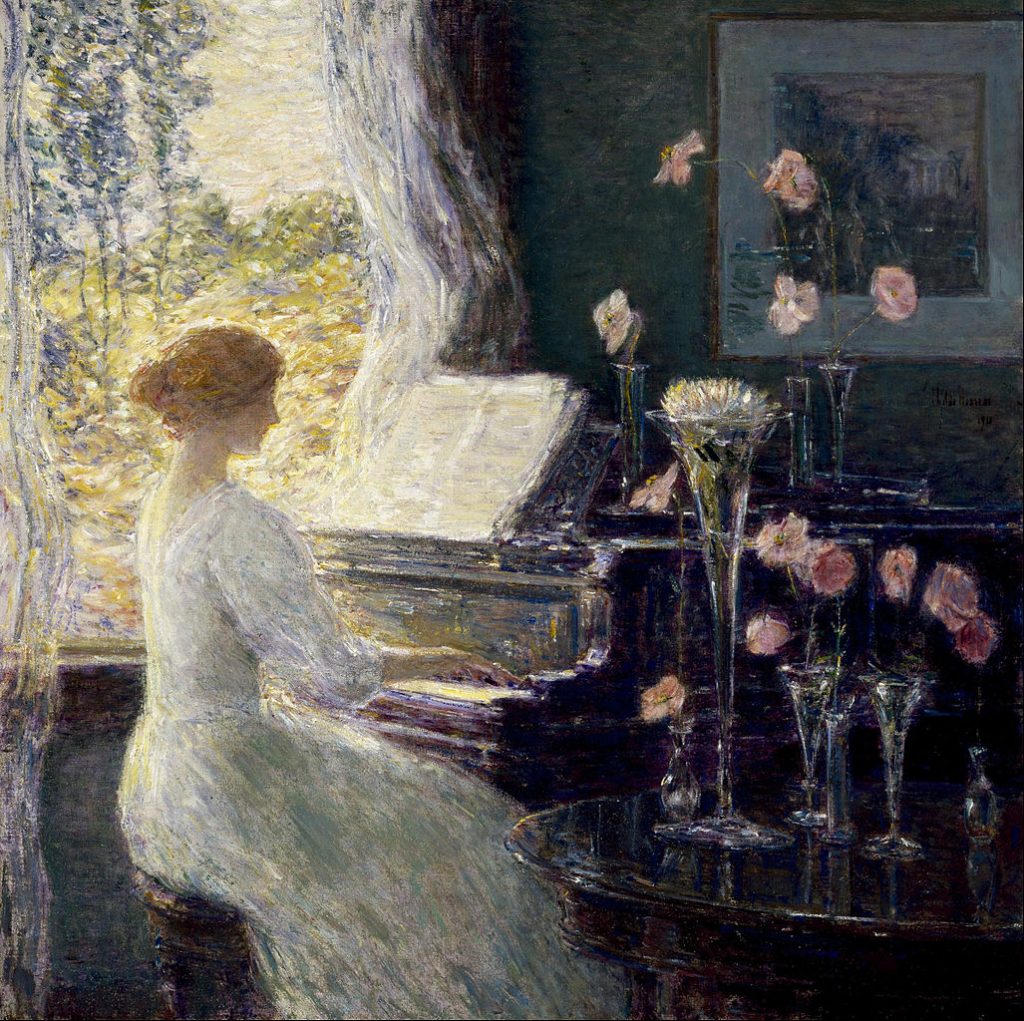 The Sonata is a 1911 Impressionist painting by American artist Childe Hassam. This work is located in the Museum of Fine Arts, Houston in The […] 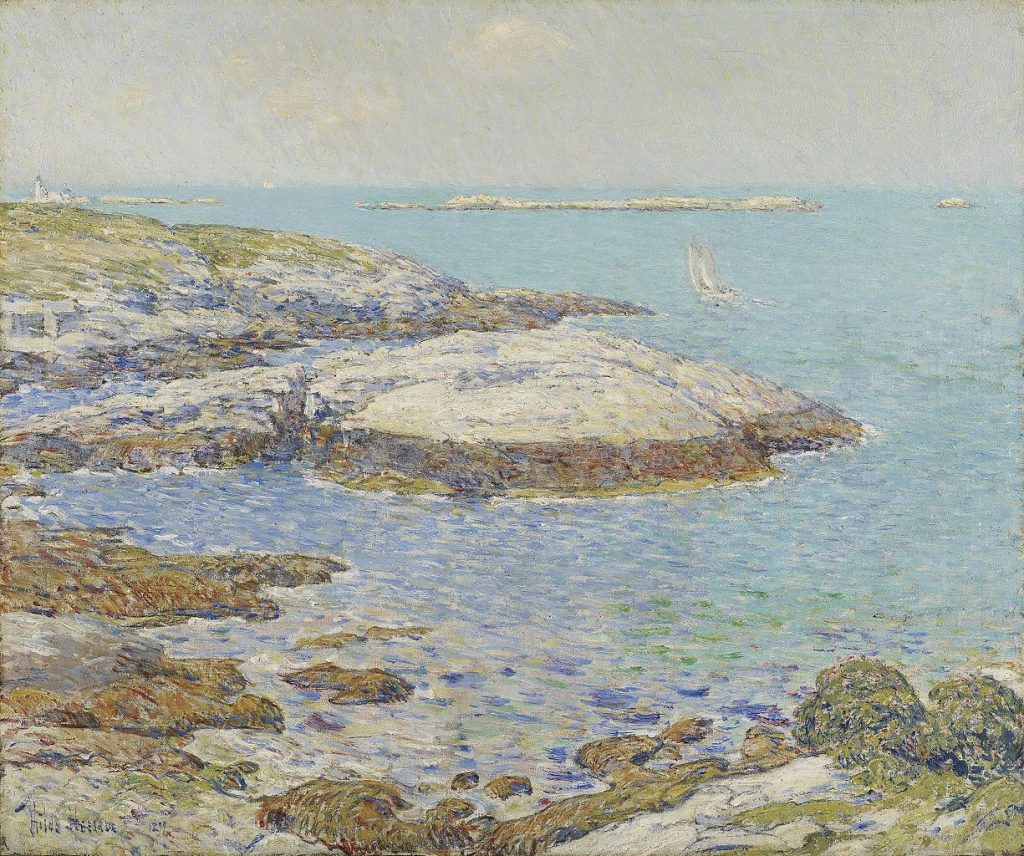 Isles of Shoals is an 1899 Impressionist painting by American artist Childe Hassam. This work is located in the Minneapolis Institute of Art in Minnesota. […]