Two Sisters is an 1881 painting in the Impressionist style by the leading French artist Pierre-Auguste Renoir. This work is located in the Art Institute of Chicago in Chicago, Illinois.

Also known as On the terrace, here we see the terrace of a riverside restaurant, two girls, one a young adult, the other a child, are pictured as one of them (the elder) sits on a canvas chair and looks out of frame to our right while the other stands beside her, further to the fore, and looks forward but below and to the left of our viewpoint.

We are looking at a snapshot which strongly evokes an impression of photography, which, at the time of painting, was a budding technology and art.

We are standing at the Maison Fournaise, a restaurant located on a river island in Chatou, a commune west of Paris. Named after the Fournaise family of proprietors, the restaurant was a favourite of Renoir’s. Its strategic position on the bank of the Seine made it an excellent spot for landscape painting, but even more so for depicting social occasions enlivened by the natural light and décor of the good season.

Such is the circumstance of the Two Sisters. As they pose for Renoir, tree trunks behind them are sprouting their first foliage of the year and the water reflects the colour of a serene, azure sky.
What commands our attention, however, are doubtless the flaming colours at the centre of the painting that is due to the older girl’s hat, the younger girl’s garland of flowers, and the cluster of colourful balls of wool placed in a basket in the bottom-left.

These richly coloured objects — cardinal red, daisy white-and-yellow, ultramarine — not only give a strong impression of colourfulness to the painting when seen in passing or at a distance; they are also set off from the rest by virtue of their hues.

This is particularly true of the little girl’s garland, which she wears around her head. Renoir’s defining touch has given this object such clarity of detail and light that it looks as if it were spuriously superimposed on an existing picture.

It should be noted that the cardinal hat, the garland, and the nest of balls of wool form an irregular triangle which situates the attention. The few flowers that the older girl has placed on her chest come to approximate the centre of that triangle.

The model for the older girl has been identified as Jeanne Darlot, an eighteen-year-old future actress. The young girl, instead, has never been identified. They are both posing for this picture, and they were not actually related. Interestingly, “Two Sisters” is Renoir’s original title for the painting. “On the Terrace” is a name we owe to Paul Durand-Ruel, the art dealer friendly to the Impressionist group who was the painting’s first owner.

The difference in naming probably reflects the two men’s different perceptions of what the actual subject of the painting is: the circumstance of being at the terrace of the Maison Fournaise, or the two girls, beautifully attired, pictured one next to the other.

The older girl bears an expression of peaceable self-satisfaction which, we may imagine, is partly due to the circumstance of being admired. The young girl, by contrast, communicates uncertainty, as if she were slightly intimidated by the whole thing.

The significance of the Maison Fournaise for Renoir was great. In the same space in which he painted The Two Sisters, Renoir painted also the Luncheon of the Boating Party that same year. Three years earlier he had painted Lunch at the Restaurant Fournaise, as well as portraits of the Fournaise family. Mainly because of its connection to Renoir, the island on which the restaurant is situated is today called Île des Impressionnistes (the restaurant was relaunched in 1990, having been shut down in 1906).

In 1932, the Art Institute of Chicago acquired the painting through a bequest by collector Annie Swan Coburn. It has been kept there ever since.

The River-fish Market in the Hague: Jan Steen 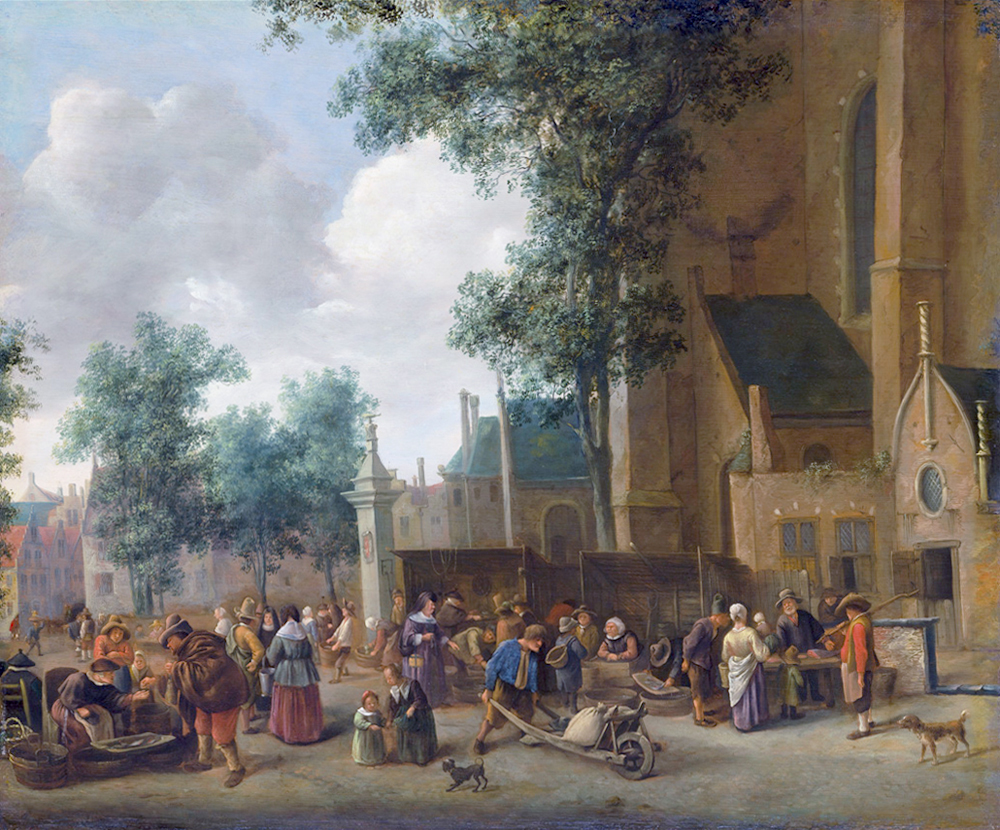 The River-fish Market in the Hague is a 1652 painting by the Dutch Golden Age artist Jan Steen. This work is located in the Haags […] 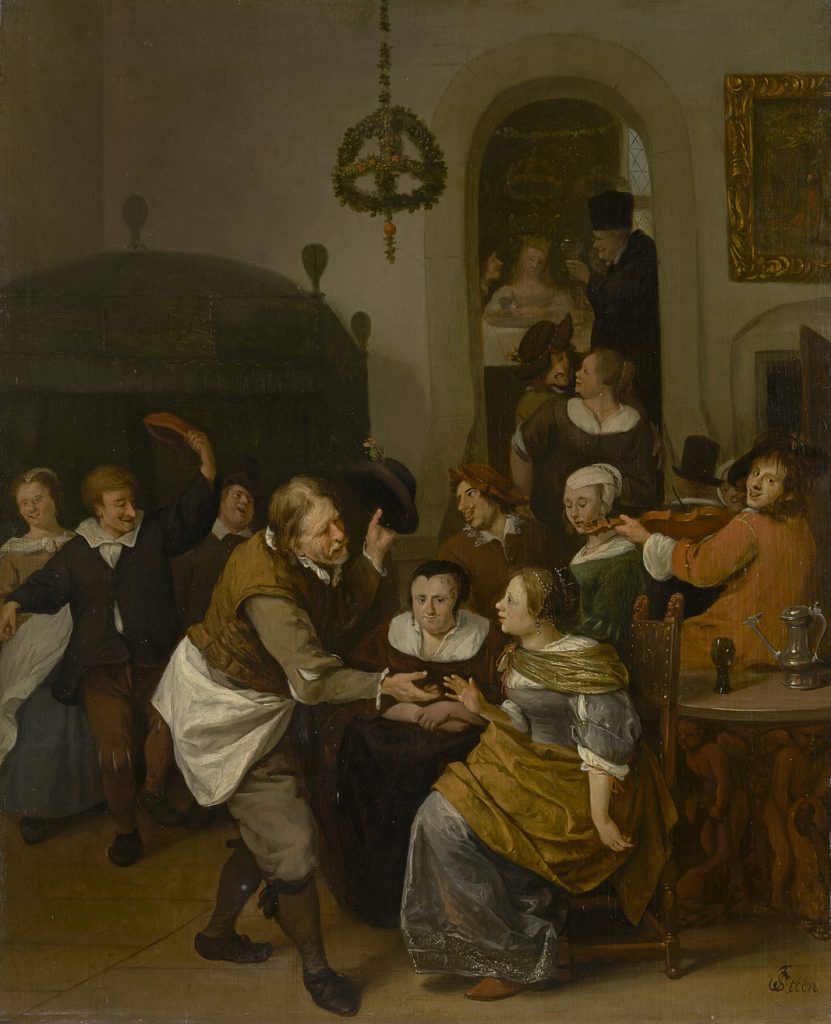 The Wedding Party is a 1600s painting by the Dutch Golden Age artist Jan Steen. This work is located in the National Gallery of Victoria […] 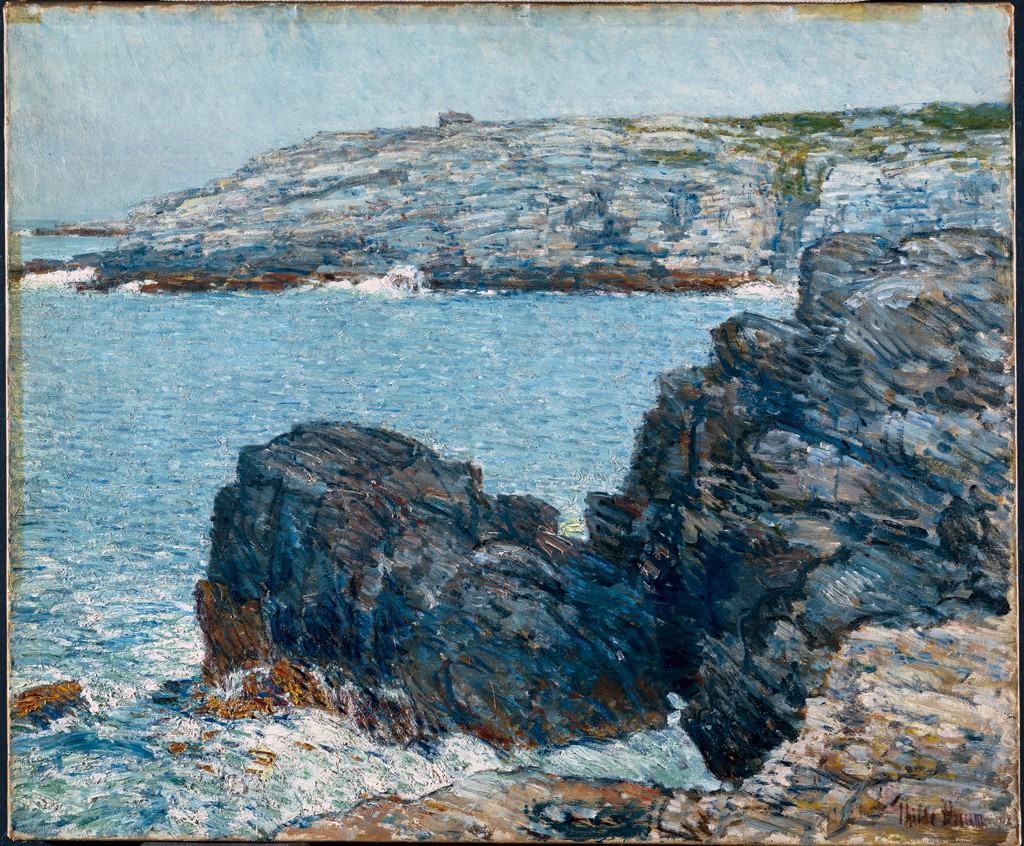 Headlands is a 1908 Impressionist painting by American artist Childe Hassam. This work is located in the Fogg Museum in Cambridge, Massachusetts. More: Jean Renoir […]