The Cholmondeley Ladies features two women in aristocratic formal dress for the time, i.e. the late Elizabethan (until 1603) or the early Jacobean (after 1603) in England, sit upright on a double bed backed by white pillows. This arrangement is reminiscent of tomb sculpture rather than the conventions of portraiture. The women each hold an infant swaddled in a scarlet and gold-fringed christening robes. The women as well as the babies bear a striking similarity that has led some to conjecture that we see two sisters. Indeed a presumed sighting of this picture in the 19th century maintains that this double portrait is of two women born on the same day and who got married on the same day. Certainly the artist did endeavour in this work to heighten the similarities of the two ladies; in dress, the disposition of their bodies and in physical appearance.

The pose of the ladies, including the placement of their hands around the infants that they cradle are seemingly identical. In keeping with this, the swaddling clothes are identical, just as the ladies’ facial features, costume and dressing of the hair are similar.

Given that the arrangement of the picture’s characters does remind one of tomb sculpture, The Cholmondeley Ladies could be read as an allegory or metaphor for the life cycle of birth and death.

The Cholmondeley Ladies is in The Tate Gallery in London, England. It was donated to the museum in 1955 by an anonymous donor.

John the Baptist Preaching in the Wilderness: Jan Steen 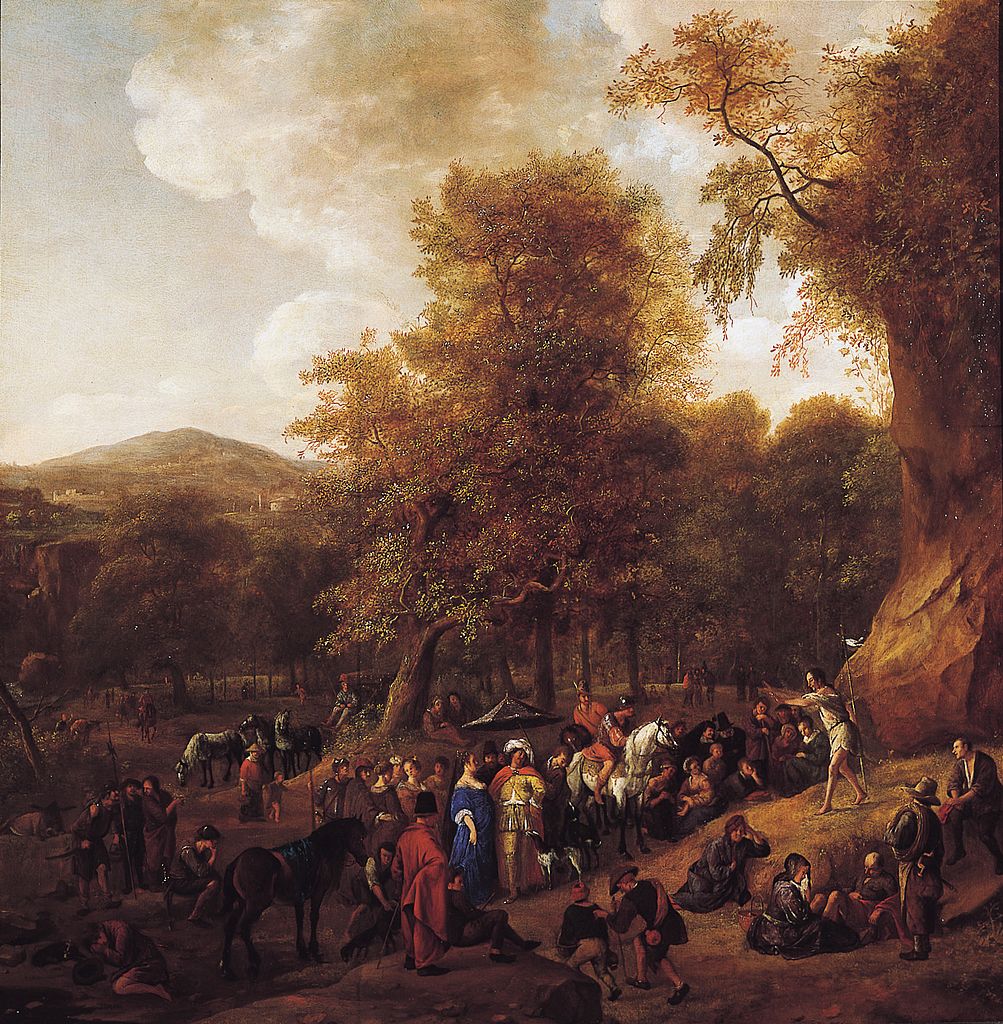 John the Baptist Preaching in the Wilderness is a 1651 painting by the Dutch Golden Age artist Jan Steen. This work is located in the […] 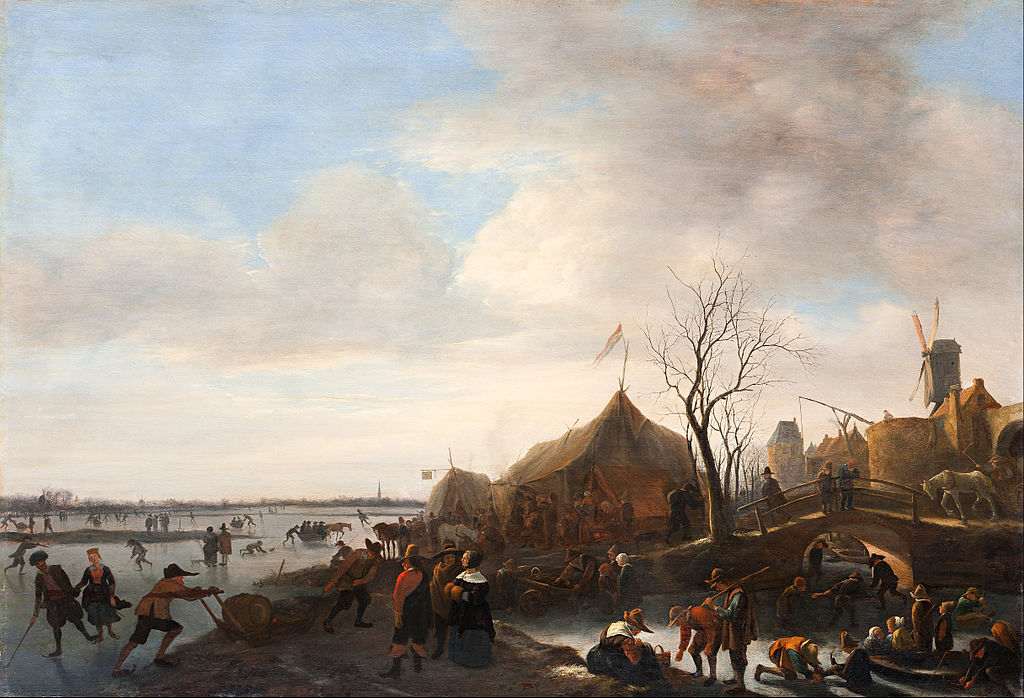 Winter Scene is a 1650 painting by the Dutch Golden Age artist Jan Steen. This work is located in the Skokloster Castle in Sweden. More: […] 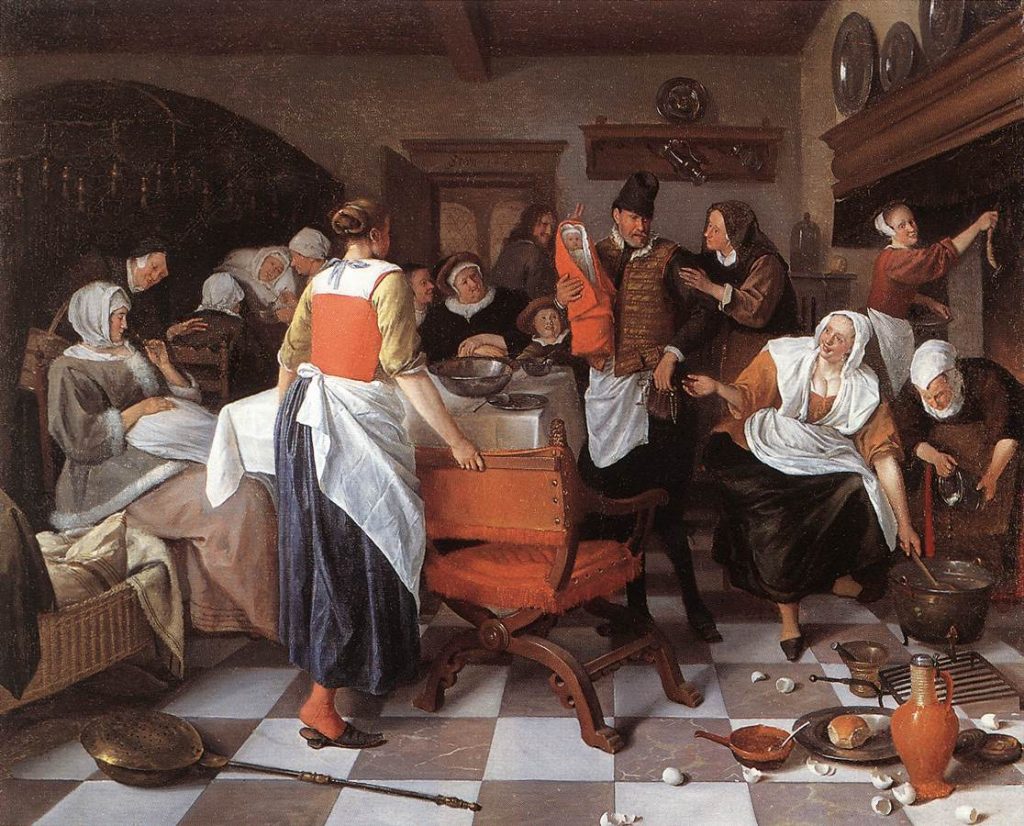 Celebrating the Birth is a 1664 painting by the Dutch Golden Age artist Jan Steen. This work is located in the Wallace Collection in London, […]