Suffused in rich saturated colours of mostly greens, Pierre-Auguste Renoir’s 1874 Impressionist painting The Fisherman, or Le pêcheur à la ligne in French, brings to us a fulsome nature that is almost too fertile for comprehension. It is also often referred to as The Angler.

The composition focuses on the fisherman of the title, through his strong vertical stance and his central position. His female companion is literally highlighted by her white apparel that is painted by Renoir to be translucent or even emitting light.

Light falls on the two characters on the sunny bank of the river yet certain details are made by the artist to evade our eyes. These include the fisherman’s left hand which is behind his back and both of the woman’s hands which are holding a newspaper.

This dreamy quality of a lack of strong differentiation is continued by Renoir in the surrounding riverscape. A brilliant green that forms an aureole or bridge around the woman’s head shows the artist playing with our perception – it should, in the context of its position on the canvas provide our eye with a recession as the riverbank recedes; but it has a clear verticality that points to the fact that this is a painting of a scene, and not the scene itself.

To this note of scepticism about the exact representation of the world is added Renoir’s own positive and allusive revelling in the possibilities of a medium released from the demands of imitation. 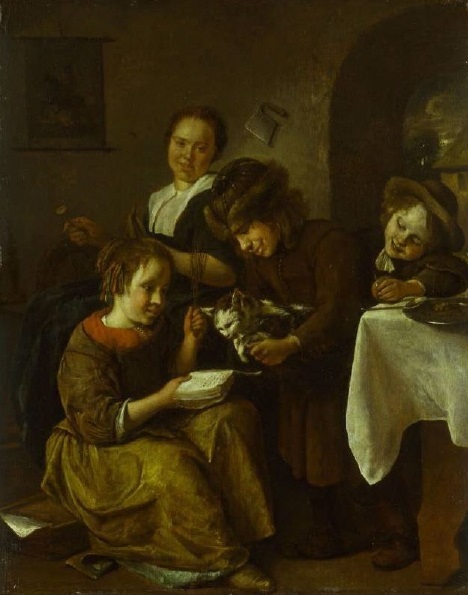 Children Teaching a Cat to Read is a 1660 painting by the Dutch Golden Age artist Jan Steen. This work is located in Kunsthalle Basel […] 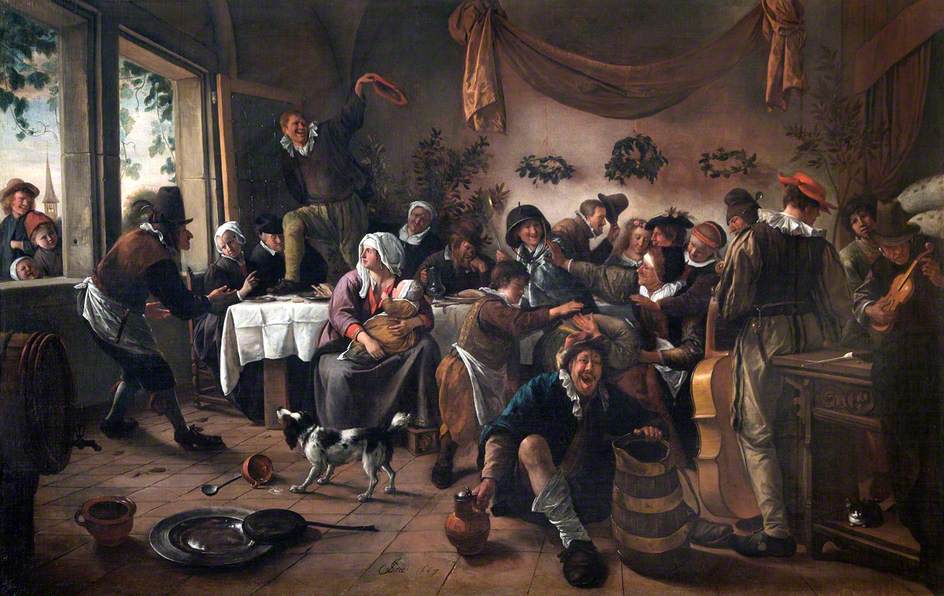 The Sacrifice of Iphigenia: Jan Steen 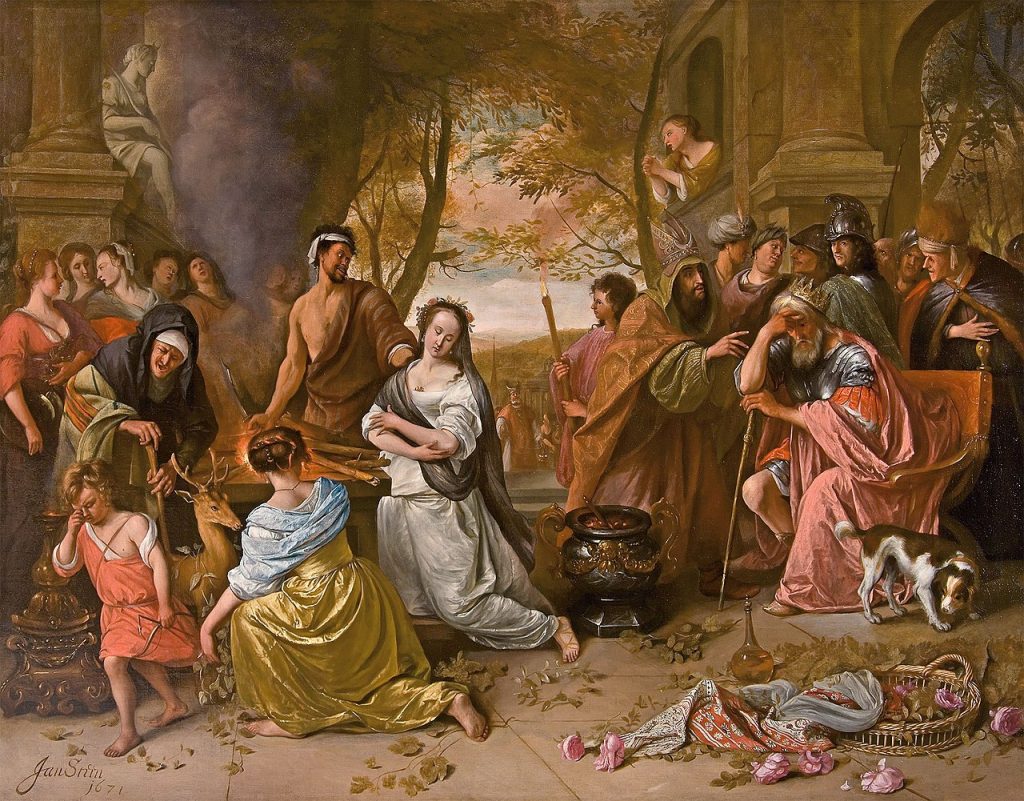 The Sacrifice of Iphigenia is a 1671 painting by the Dutch Golden Age artist Jan Steen. This work is located in The Rijksmuseum in Amsterdam, […]