This 1878 portrait of Madame Georges Charpentier and Her Children, two daughters is one of half a dozen that Pierre-Auguste Renoir completed for his patron Madame Charpentier. Such was her admiration for Renoir that he said he had become the family’s “private painter”. This picture, when displayed at the Paris Salon of 1879, received great plaudits and was also immortalized in Marcel Proust’s novel In Search of Lost Time.

Here Madame Charpentier gazes thoughtfully, perhaps out of a window in a richly decorated interior. Under her absent-mindedly outstretched maternal right arm are her two children Georgette and Paul-Emile-Charles, one sitting beside her mother and the other sitting on the large collared dog.
The recession of the picture, of the left-hand wall which is adorned with paneled pictures of peacocks and other birdlife, guides us to the small table holding fruit, a vase of beautifully painted flowers, a pitcher, and glasses.

Madame Charpentier’s black dress severs the space of the room, however, and divides the still life theme from that of the comfortable familial environs closer to us. We are presented with a happy family situation but also that the situation of the family, i.e. its status is unimpeachable. This is brought to bear by Renoir in Madame Charpentier’s expression which partly muses, partly observes but also exudes a social eminence. She is curious and has the leisure to muse.

Pierre Auguste Renoir’s Madame Georges Charpentier and Her Children can be found in the Metropolitan Museum of Art in New York City, USA. 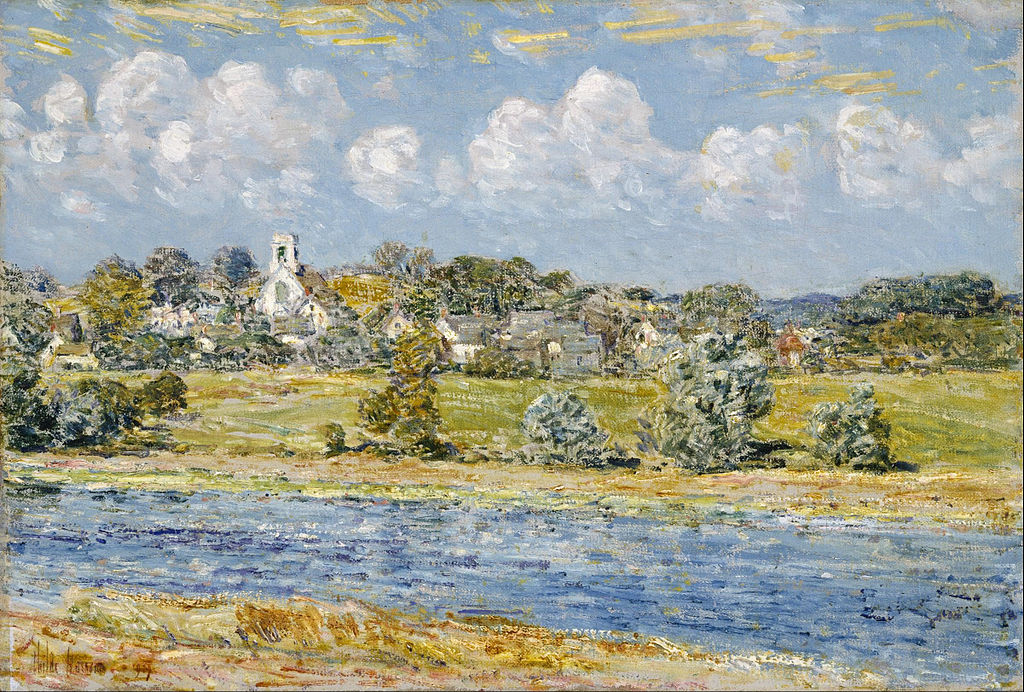 Landscape at Newfields, New Hampshire is a 1909 Impressionist painting by American artist Childe Hassam. This work is located in the Museum of Fine Arts, […] 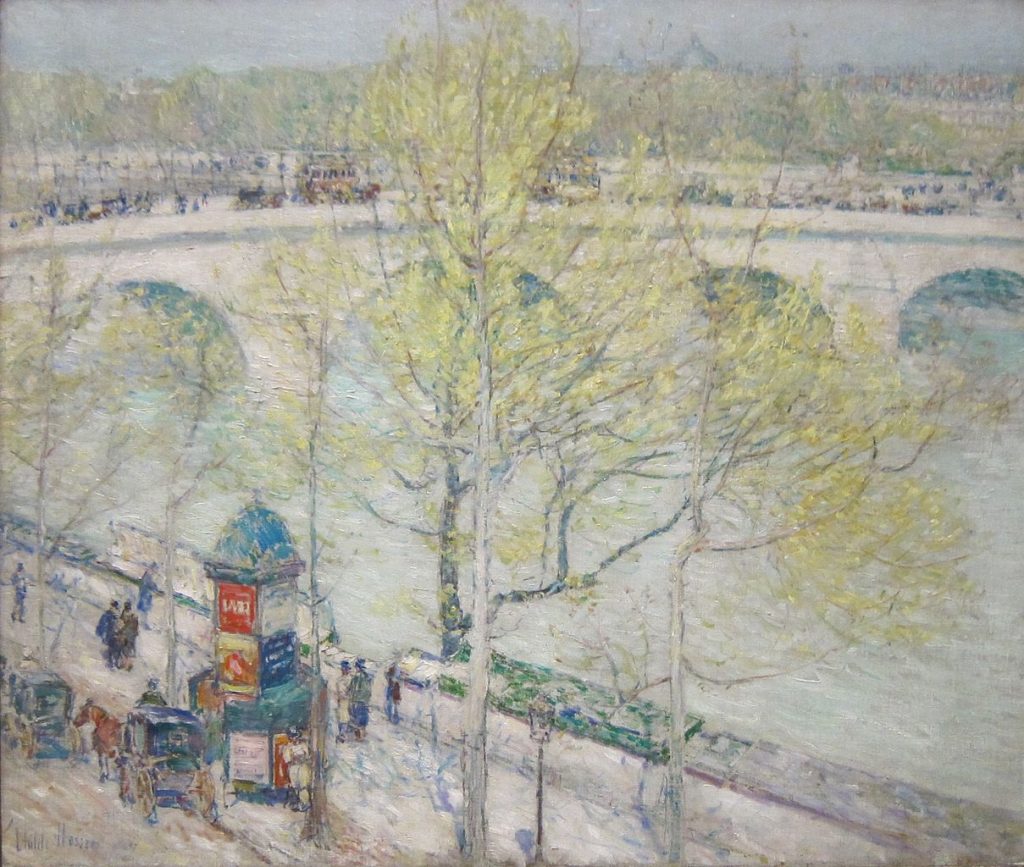 Pont Royal, Paris is an 1897 Impressionist painting by American artist Childe Hassam. This work is located in the Cincinnati Art Museum in Cincinnati, Ohio. […] 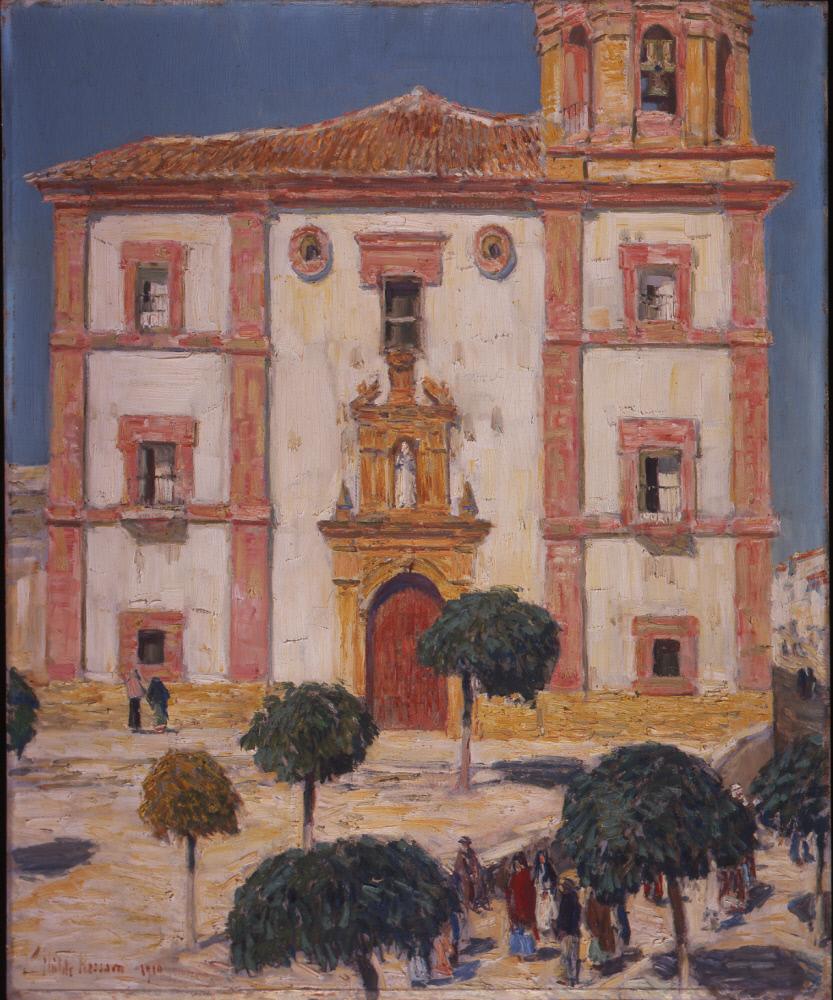 Church, Ronda is a 1910 Impressionist painting by American artist Childe Hassam. This work is located in the Hispanic Society of America in New York […]