Millais, who was a founder of the Pre-Raphaelite Brotherhood exhibited Cherry Ripe at the Exposition Internationale in Paris in 1889, twenty years after it was painted. It depicts a little girl named Edie Ramage in a fancy dress, who was the niece of William Thomas who was the editor of The Graphic art magazine. John Everett Millais painted Cherry Ripe shortly after Edie Ramage worse this outfit to a ball he was attending.

Here Millais turns away from the Pre-Raphaelite concern with the Medieval and exhaustive detail and toward classical idealization and shows considerable skill in the painting of the textures of the dress and pink bow. Indeed, it is said that the present picture was inspired by Joshua Reynolds’s portrait of Penelope Boothby as a child in 1788, some 100 years earlier.

John Everett Millais’s Cherry Ripe is in a private collection after being sold in a Sotheby’s Auction in 2004. 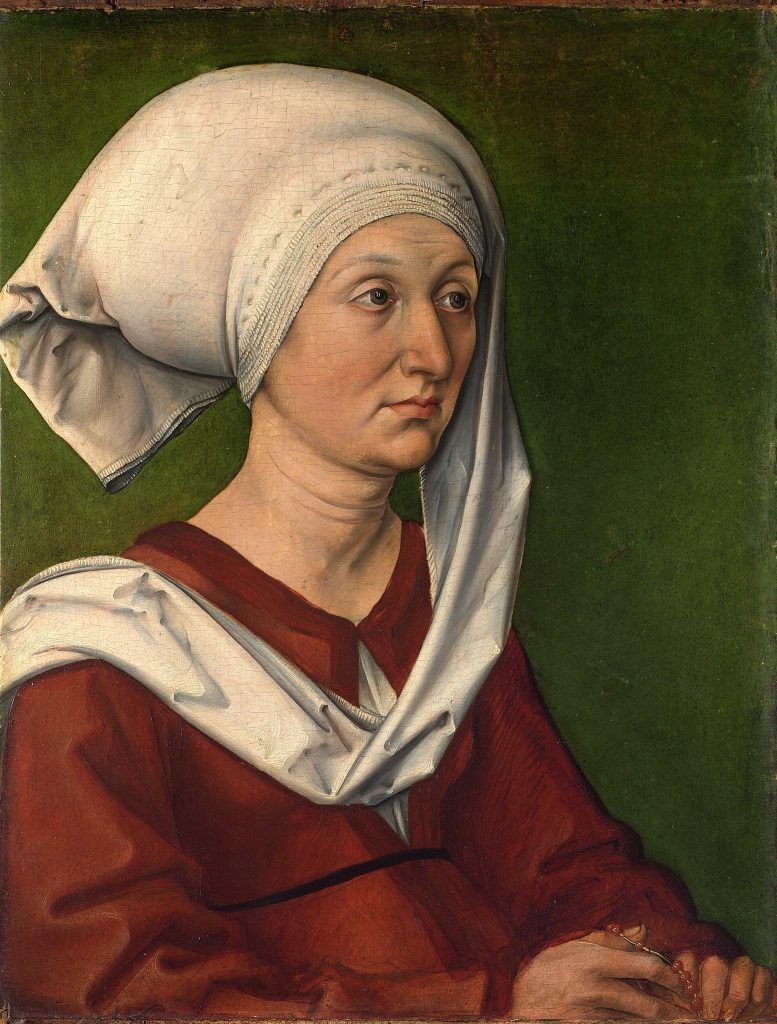 A Man in a Fur Coat: Albrecht Dürer 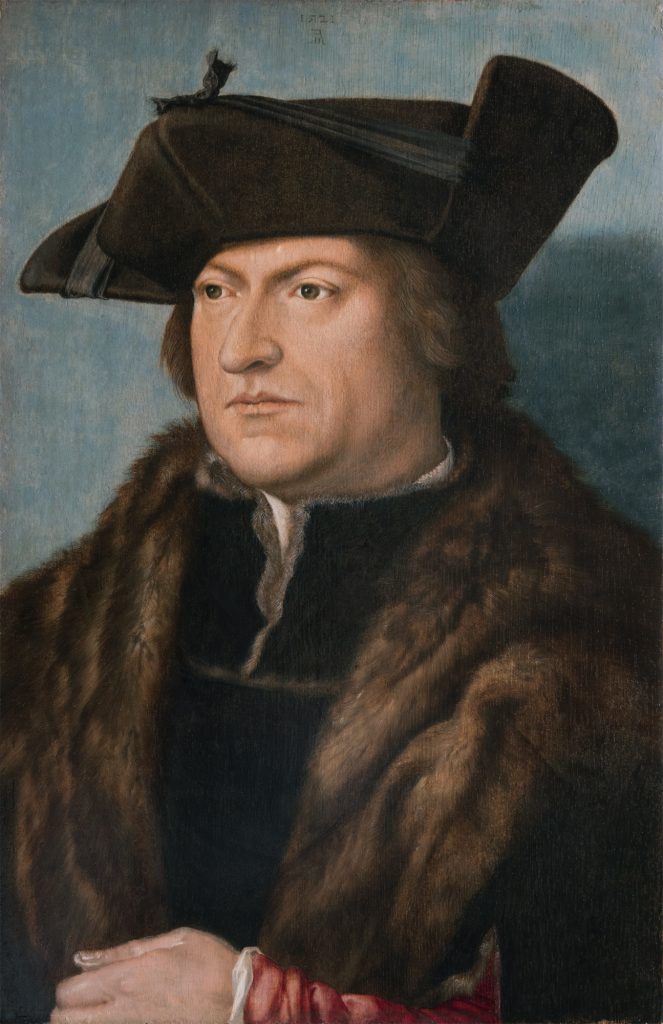 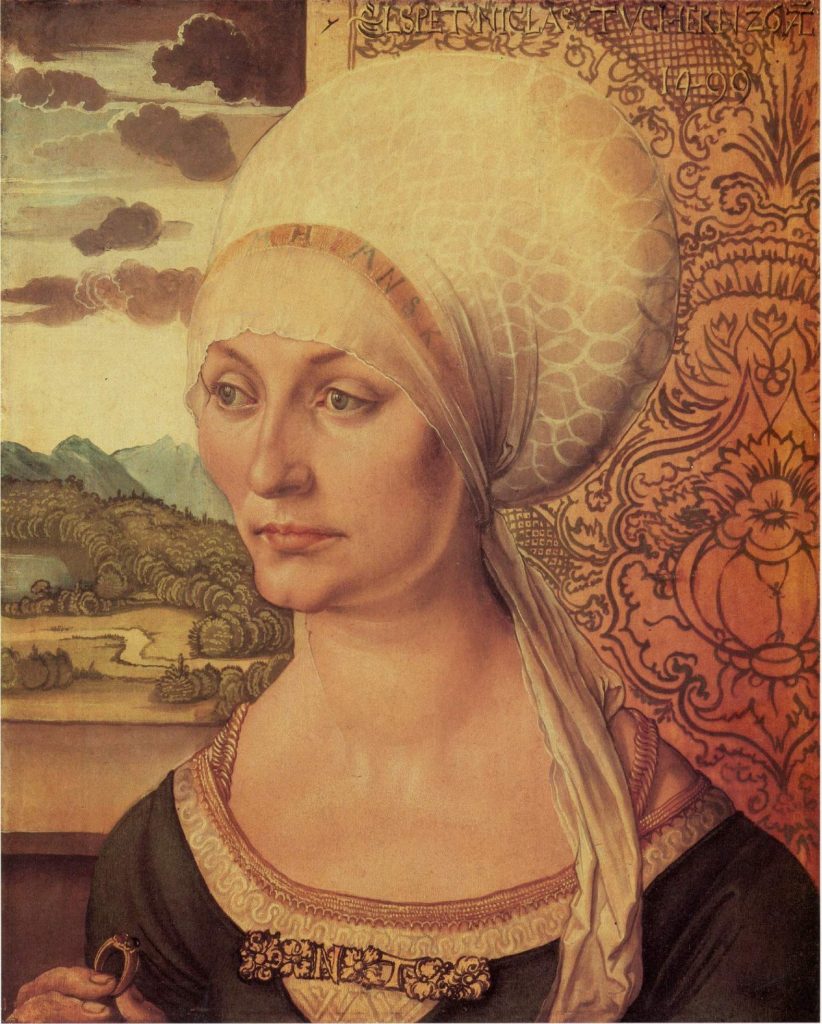