Dinner at the Ball is an 1878 genre oil on canvas painting by prominent German artist Adolph Menzel.

Menzel (1815-1905) has been variously characterized as a Realist or a ‘proto-Impressionist’ painter and such is the diversity of his output that both of these descriptions are appropriate.

In Dinner at the Ball (also often referred to as Supper at the Ball), painted in 1878, we are confronted with a teeming scene of people in a lavish courtly interior, clearly the occasion of a celebration. There is a tension between the finery and overt formality of such an event, and its informal perhaps even awkward characters.

Just as all and sundry are dressed in their official and public best, some eat crouched and standing while others engage in stilted or effortful conversation. Menzel’s Realism dictates here a scrupulous and pain-staking report of detail, while his ‘proto-Impressionism’ is shown in the almost hallucinatory effects of lighting that partially obscure, and by that fact heighten, the sumptuousness of the surroundings.

Adolph Menzel’s Dinner at the Ball is in the Alte Nationalgalerie in Berlin, Germany. 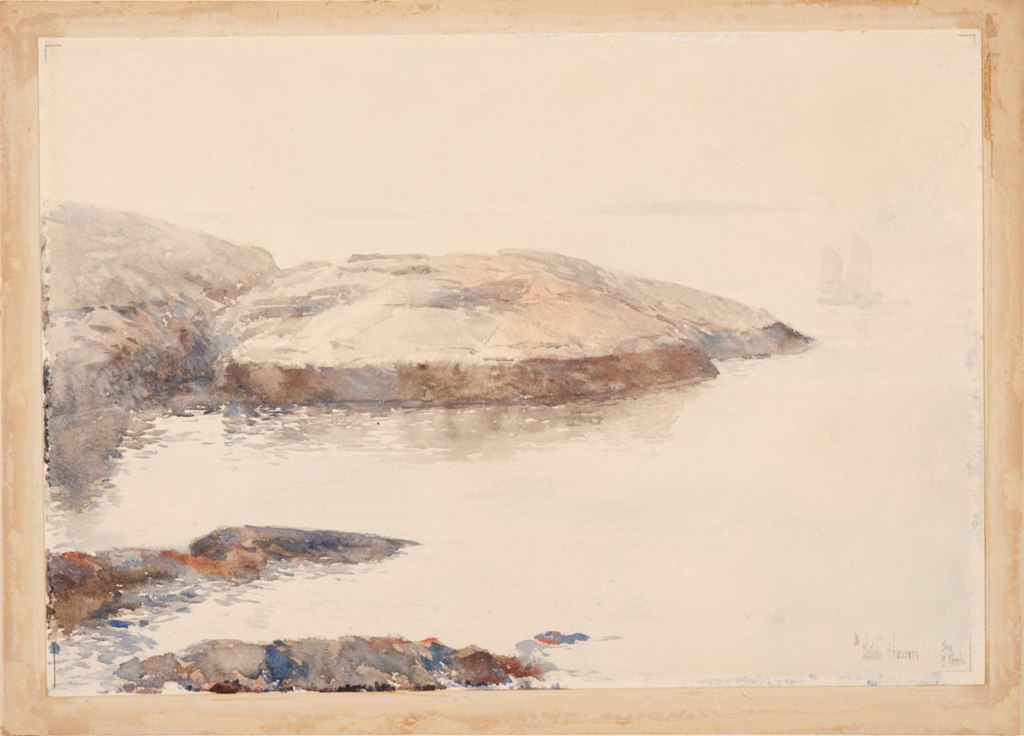 Isle Of Shoals is a 1901 Impressionist painting by American artist Childe Hassam. This work is located in the Hirshhorn Museum and Sculpture Garden in […]

Nurses in the Park: Childe Hassam 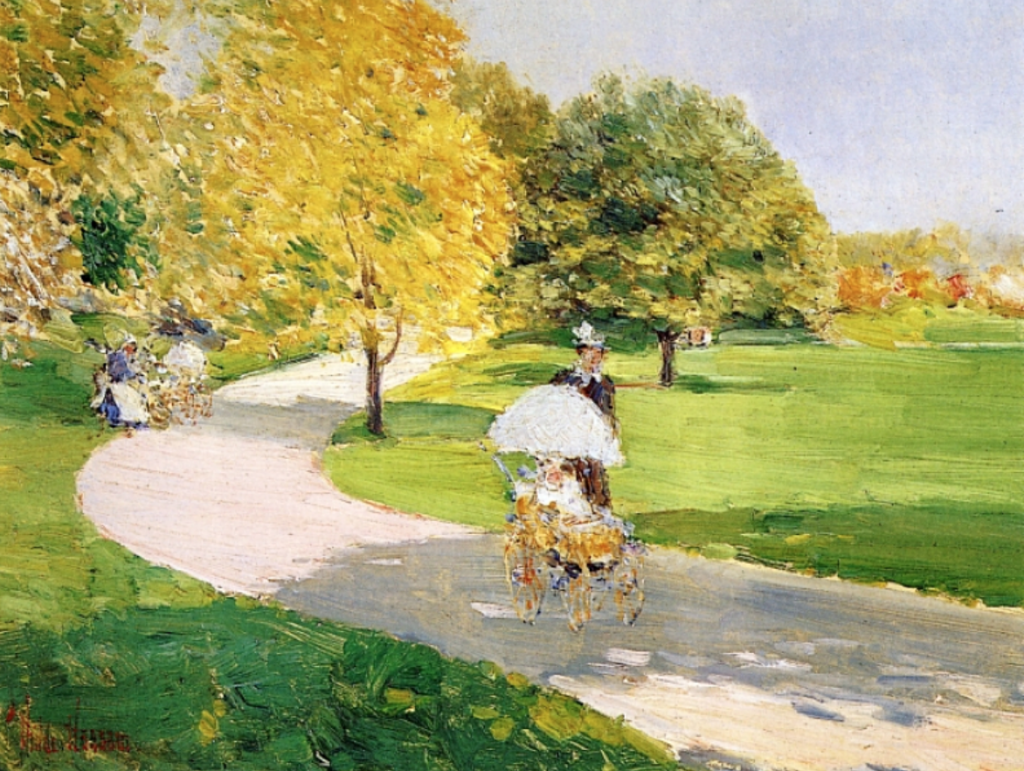 Nurses in the Park is an 1889 Impressionist painting by American artist Childe Hassam. This work is located in the Fogg Museum in Cambridge, Massachusetts. […] 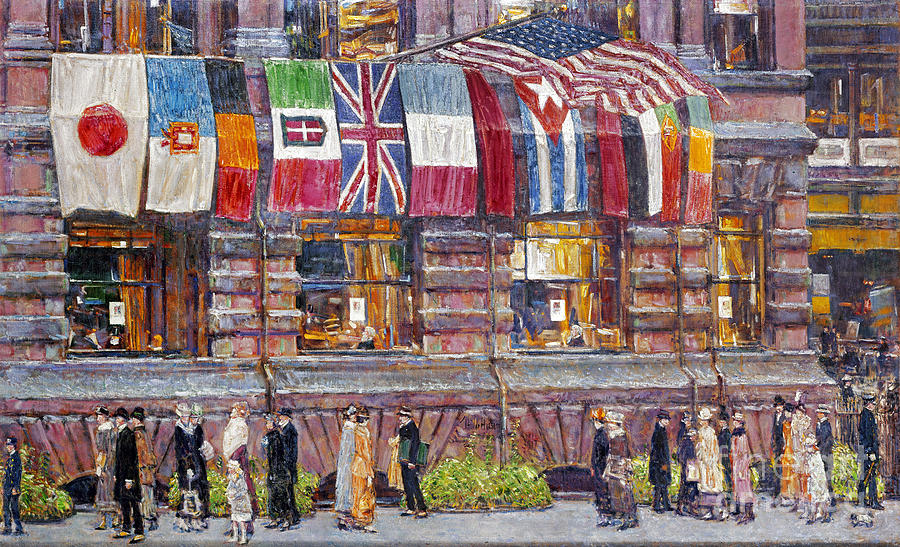 Allied Flags, Union League Club is a 1917 Impressionist painting by American artist Childe Hassam. This work is located in the Whitney Museum of American […]