The Bather (1885) shows Paul Cézanne at his adventurous best. He paints a boy treading carefully with hands-on-hips in a shallow stream.

The pose of the figure is decidedly awkward and is not conferred with grace. The expression on the boy’s face is thoughtful and perhaps troubled. The traditional depiction of the dignity and confidence of figures is gone here.

The landscape is non-descript and combined with the near-nudity of the boy this portrays a certain timelessness to the picture. Perhaps this relates to the boy’s troubled expression – alone and taken out of social context.

While Cézanne is most often associated with Post-Impressionism, he retained an independent aesthetic which is used here.

Paul Cézanne’s The Bather is in the Museum of Modern Art in New York City, United States. 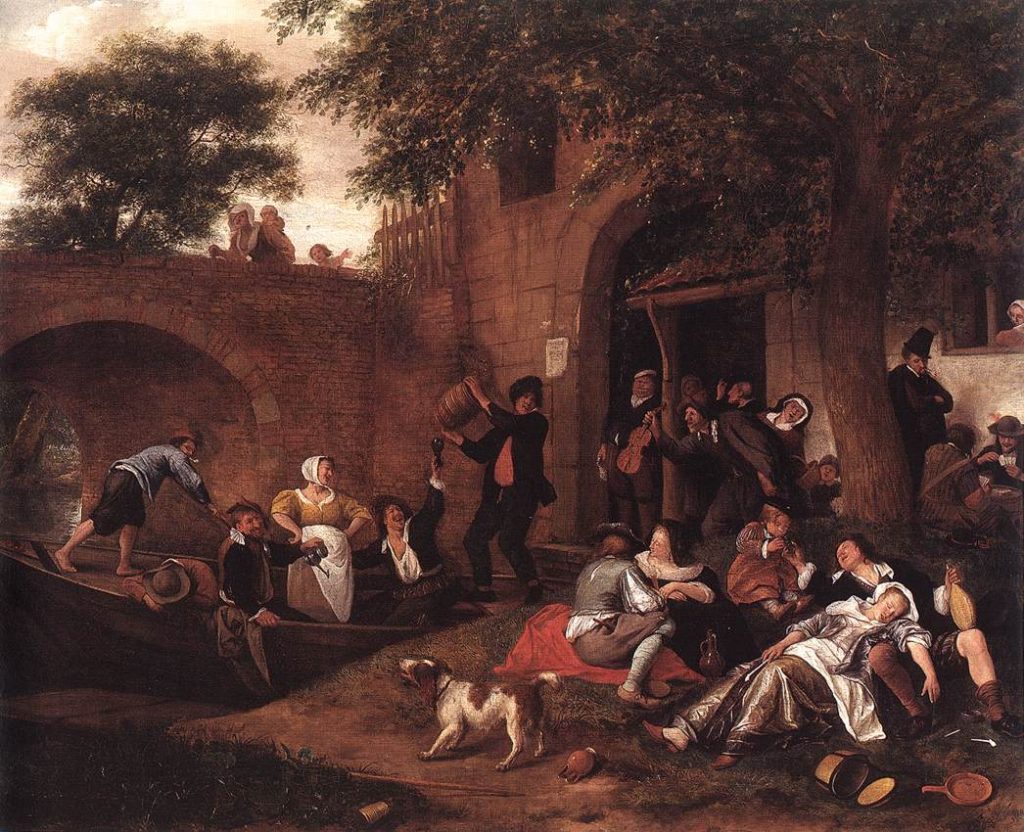 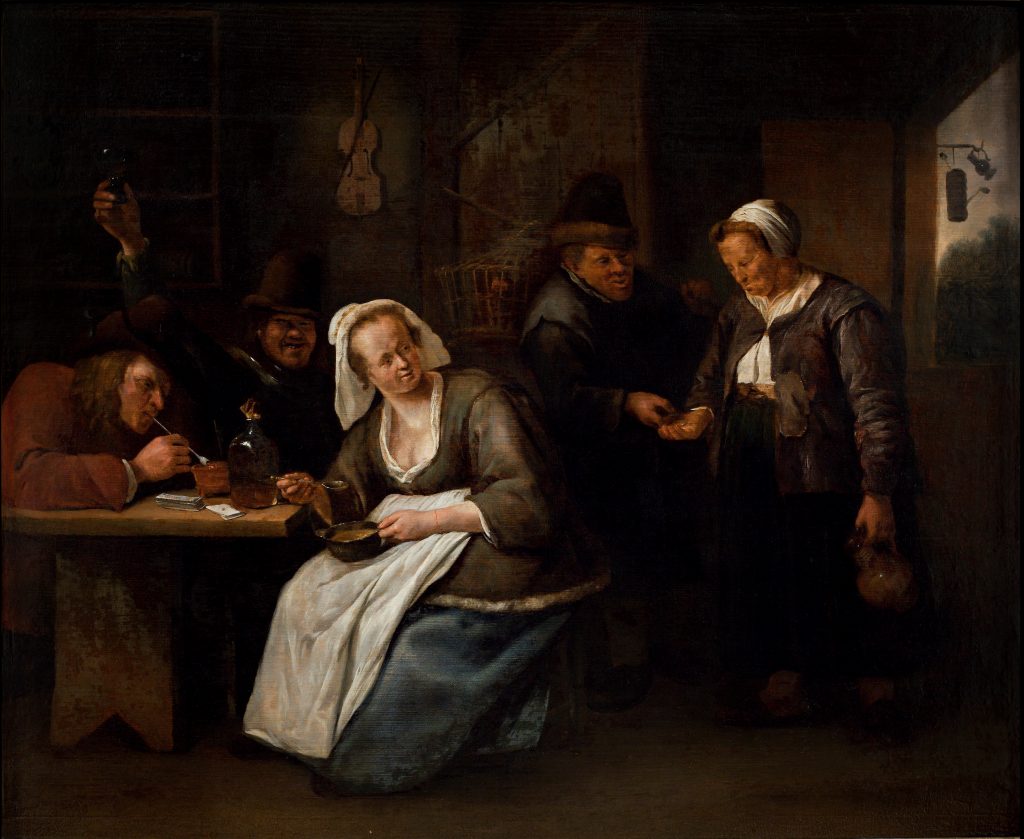 A Country Inn is a 1660 painting by the Dutch Golden Age artist Jan Steen. This work is located in the Nivaagaard Museum in Nivå, […] 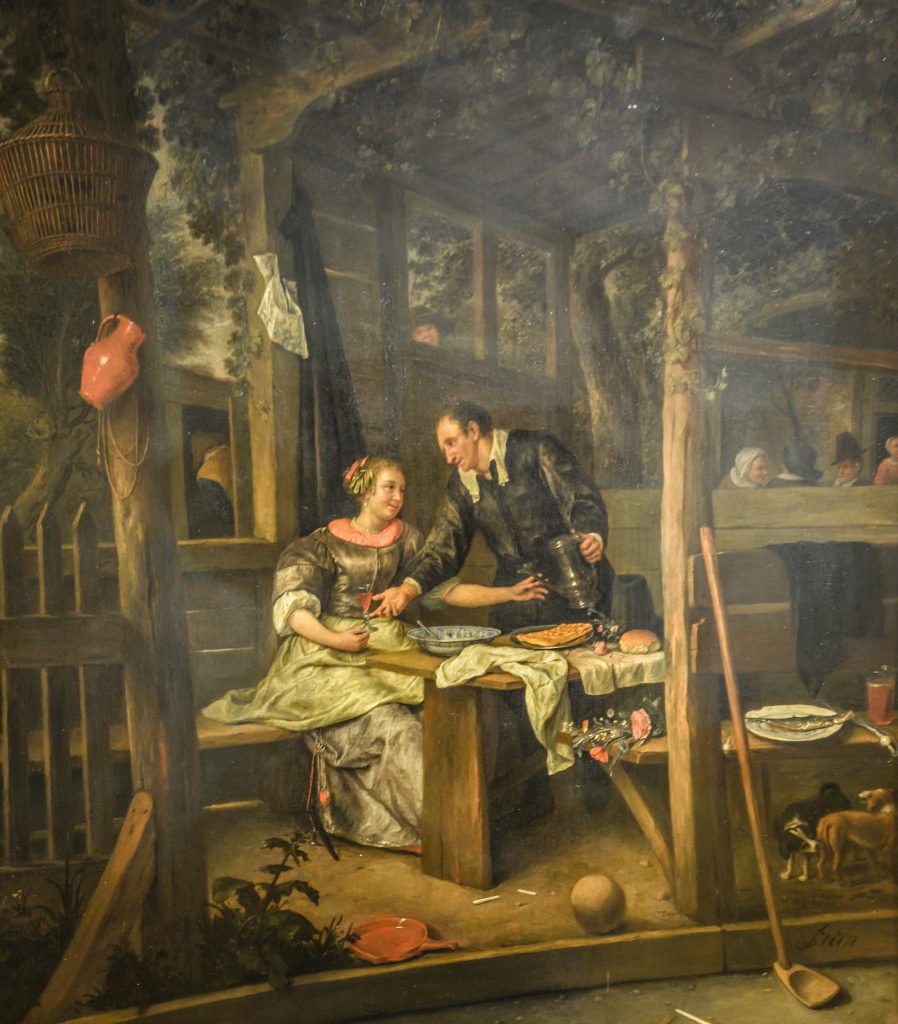 Two Lovers under an Arbour is a 1670 painting by the Dutch Golden Age artist Jan Steen. This work is located in the Staatliche Kunsthalle […]