John Russell (1858-1930) moved from his native Australia to Europe as a teenager. His friends included Van Gogh, the sculptor Rodin, and Matisse who credited him with his introduction to color theory. Long forgotten, Russell’s reputation is gradually being restored.

The present work Mrs. Russell among the Flowers in the Garden of Goulphar was painted in 1907, the year of the death of his wife Marianna from cancer. Here, Mrs. Russell, highly idealized, stands in the midst of a rich and varied landscape of plants and flowers and is dressed in the purity of white. So little is she differentiated from the landscape of flowers that she seems almost a part of it – the profusion of colors and the idealized woman each enhancing the other.

John Russell’s Mrs. Russell among the Flowers in the Garden of Goulphar is in the Musée d’Orsay. 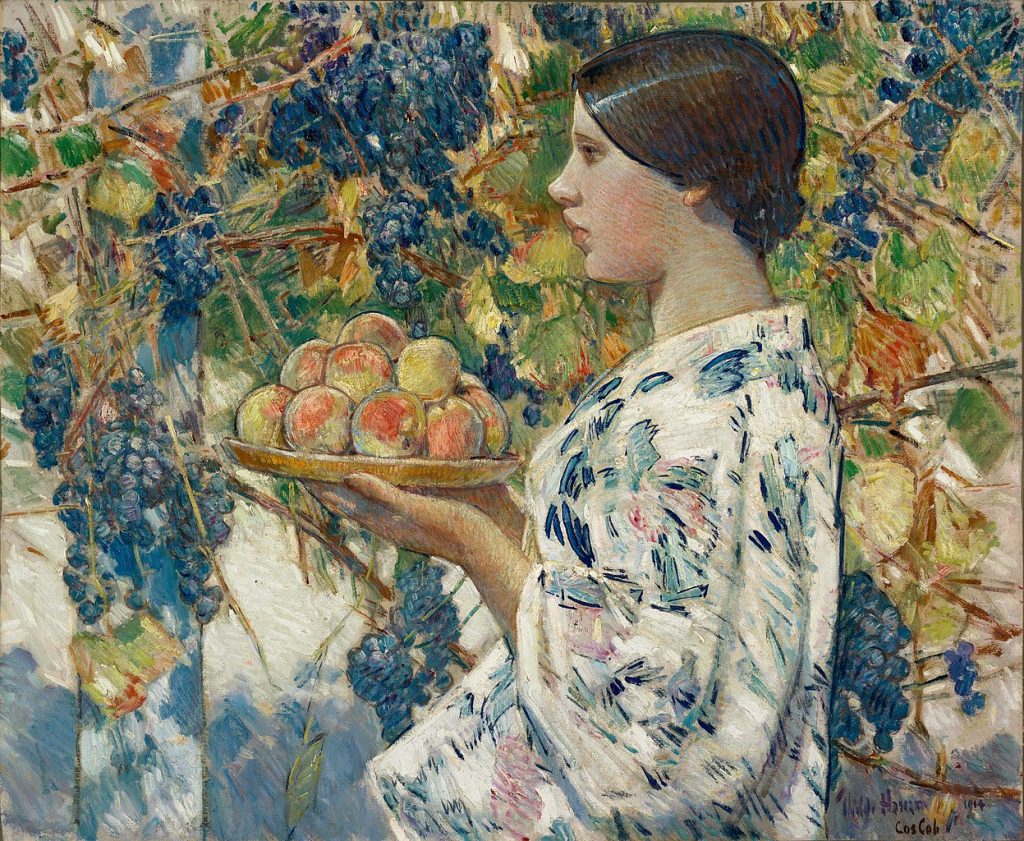 West Indian Girl is a 1914 Impressionist painting by American artist Childe Hassam. This work is located in the Fogg Museum in Cambridge, Massachusetts. More: […] 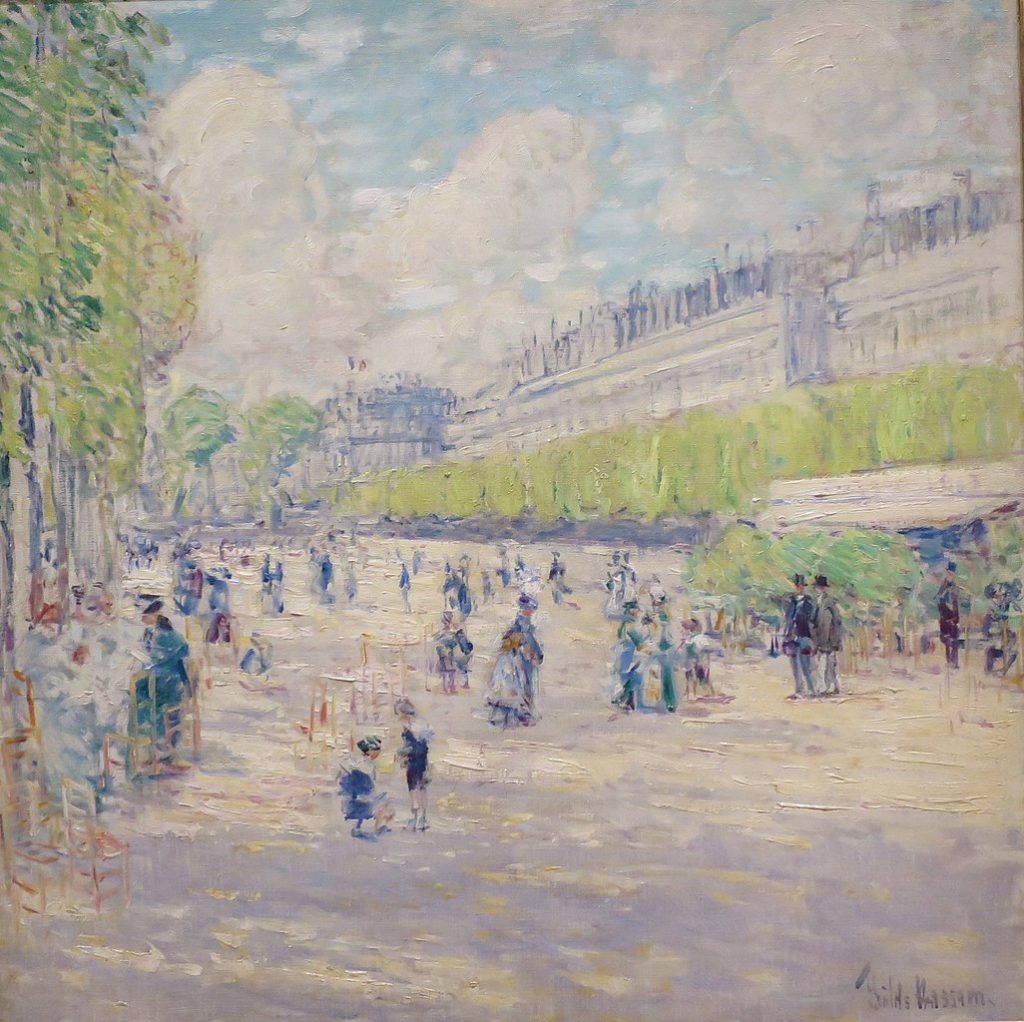 Tuileries Garden is an 1897 Impressionist painting by American artist Childe Hassam. This work is located in the High Museum of Art in Atlanta, Georgia. […] 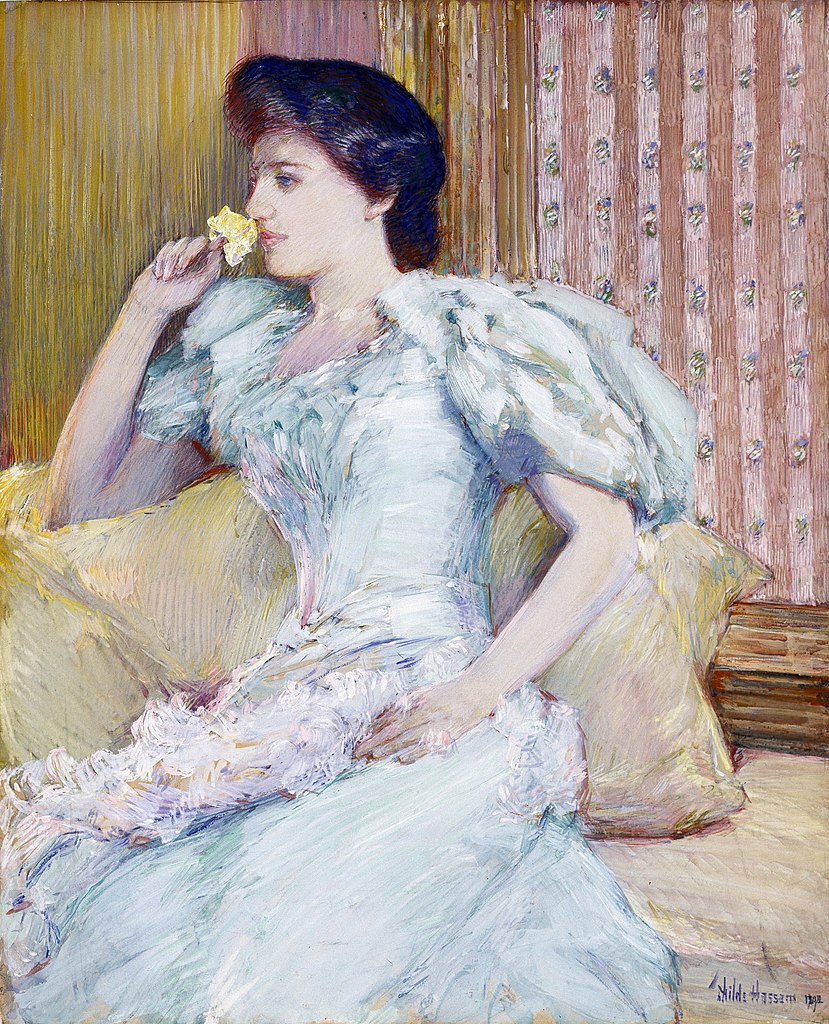 Lillie (Lillie Langtry) is an 1898 Impressionist portrait painting by American artist Childe Hassam. This work is located in the Smithsonian American Art Museum in […]