Depicted are the Doge’s wife, two young children, and his two grown sons. The Doge (governor of the city) does not appear because his political position forbade any kind of self-promotion. Van Dyck’s dark interior is offset by the armor of the Doge’s son to the left and the golden dress of his daughter to the right.

These characteristics – that of martial strength and opulent wealth – are thereby attributed to the family, the one defending the other. In typical Baroque style, there is a heavy drapery bound up to the colonnade overhead in the manner of a celebratory festoon.

Anthony van Dyck’s The Lomellini Family is in the National Gallery of Scotland in Edinburgh. 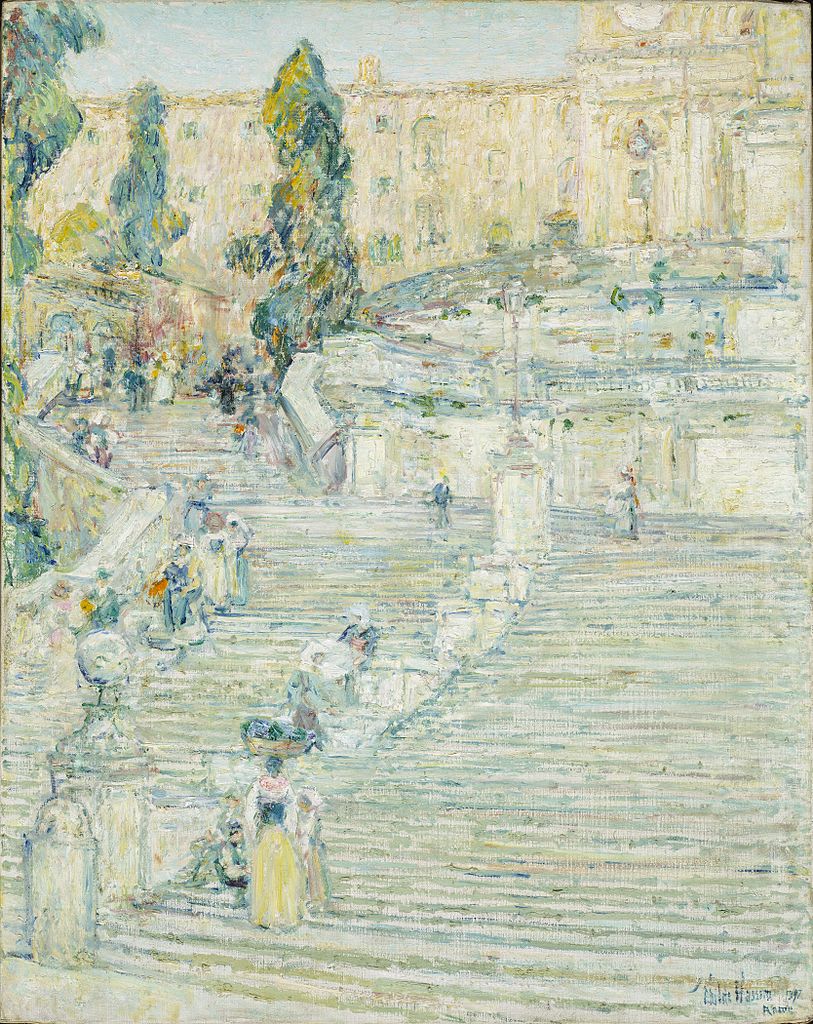 The Spanish Stairs, Rome is an 1897 Impressionist painting by American artist Childe Hassam. This work is located in the Los Angeles County Museum of […] 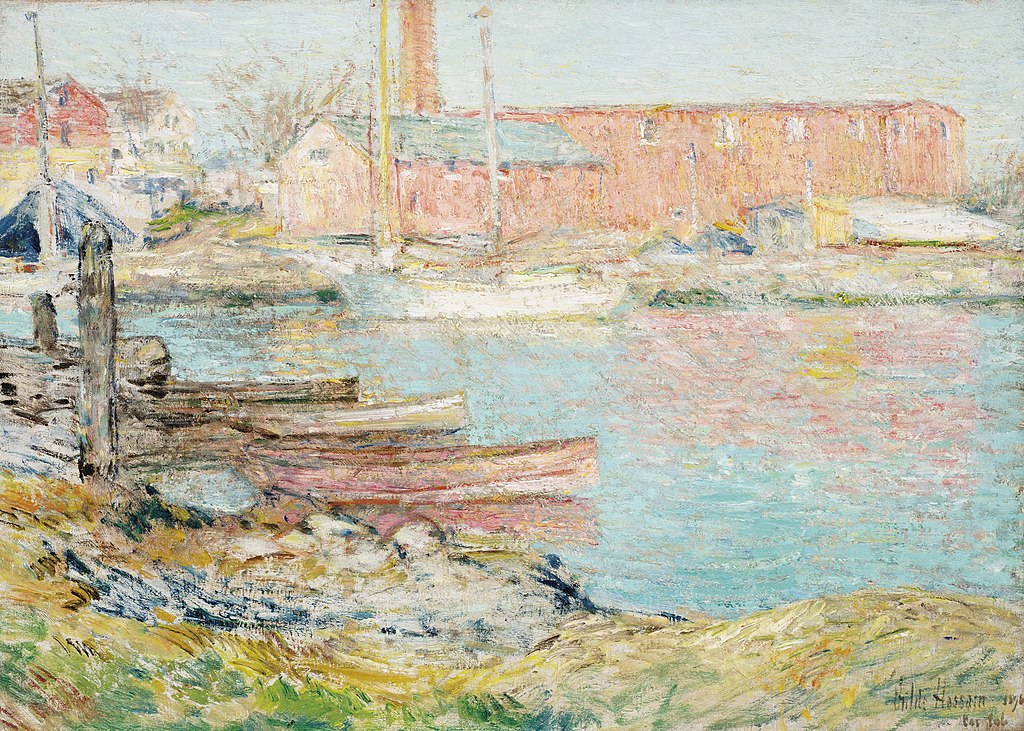 The Red Mill, Cos Cob is an 1896 Impressionist painting by American artist Childe Hassam. This work is located in a Private Collection. More: Portrait […] 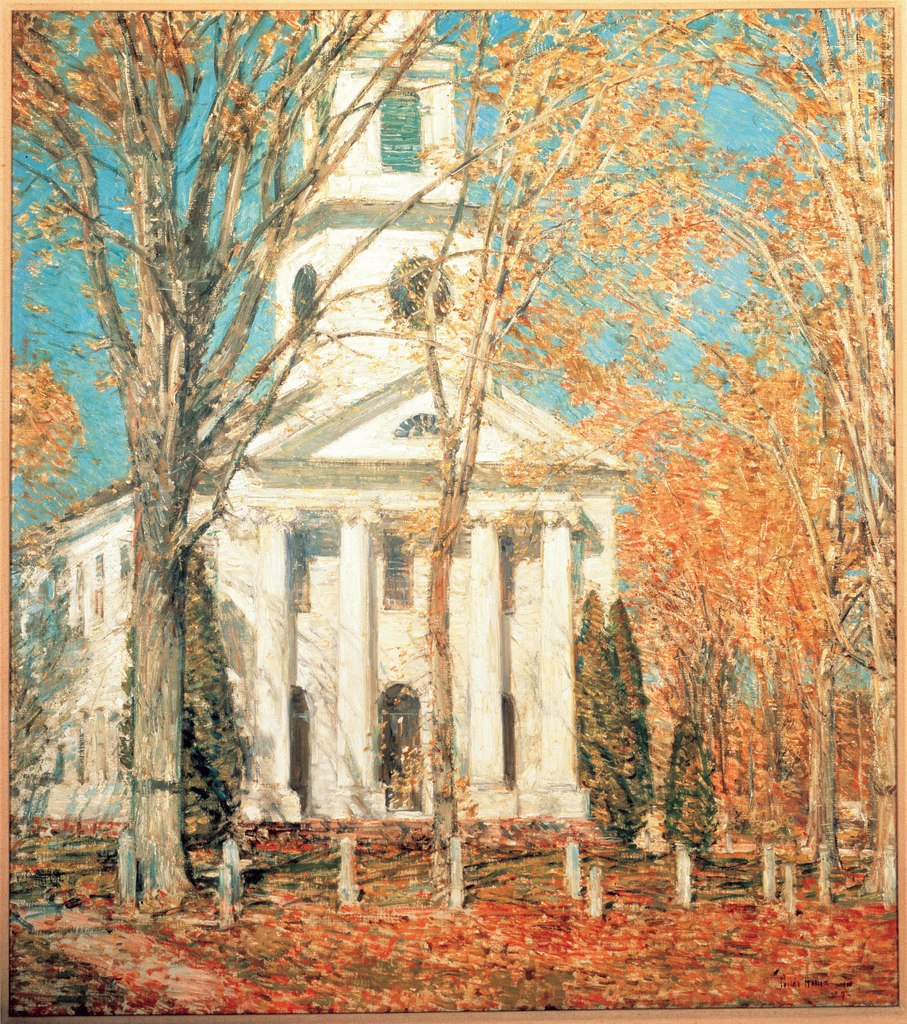 Church at Old Lyme, Connecticut is a 1905 Impressionist painting by American artist Childe Hassam. This work is located in the Albright-Knox Art Gallery in […]