These are the 12 most famous paintings by Jan van Eyck. Born in 1390, van Eyck was a famous Netherlandish Renaissance painter in his own lifetime who is recognized for establishing a painting technique that features minutely realistic depictions of surface textures and natural light.

This painting depicts the artist’s wife, Margaret van Eyck. This natural portrayal shows that the artwork was made to commemorate a special occasion and was intended for private rather than public viewing. It is one of Van Eyck’s two most recent surviving paintings, as well as one of the earliest European works of art.

This painting depicts the Virgin Mary, enthroned in the center of the semicircular space, with the Christ Child on her lap. The finery of clothes, beautiful portrayals of furs, silks, and brocades, as well as the intricate and incredibly detailed religious iconography, are highlighted in this large oil-on-oak panel painting. It’s usually regarded as one of Van Eyck’s most complete and difficult paintings.

This painting depicts the very moment of the Incarnation when the Word becomes human and Jesus is given existence on earth, and God’s plan for salvation is started. In it, Van Eyck concretizes a moment of lasting mystery. The “Annunciation” is brought into the viewer’s presence through stunning detail at the limits of human vision. Jan van Eyck painted a number of biblical scenes and this is arguably his most famous single painting depicting these subjects and is considered one of the most famous paintings by Jan van Eyck.

This painting depicts Madonna breastfeeding her son in a very close situation. The way Van Eyck created such a cramped composition, with a very small room to look on either side of the throne, is a fascinating element of this painting. It’s possible that the painting was once part of a greater Van Eyck triptych.

This painting depicts Madonna standing and carrying her infant son in a garden filled with flowers and a realistic brass garden fountain. Both the fountain and the garden are deeply symbolic, referencing Solomon’s Canticle of Canticles as an allegory for Christ and the Church’s compassion and unity. In this artwork, Madonna is presented in a blue dress rather than a red dress, which makes this artwork particularly intriguing.

This is a painting of the Virgin Mary holding baby Jesus in a cathedral setting. “Madonna in the Church” is also known as “The Virgin in the Church.” The detail that Van Eyck painted in the interior of the cathedral is the most significant feature of this particular small artwork.

This painting depicts a man dressed in a dark gown with a fur collar and a red turban tied in an ornate manner around his head. His look is serious and strong. This is the first painting where it has the artist’s motto “ALS ICH KANN” (As Well As I Can), which is painted on the upper gilded frame.

This painting depicts Mary seated and holding the Christ Child on her lap in the central inner panel, Archangel Michael presenting a kneeling donor on the left-hand wing, while St. Catherine of Alexandria is standing reading a prayer book on the right. “The Dresden Triptych” is also known as “Virgin and Child with St. Michael and St. Catherine and a Donor” or “Virgin and Child Triptych.”

This painting depicts a man holding a ring in his right hand, which he looks to be selling or giving as a present. The blue headdress he is wearing is also known as a chaperon, a turban, or a cap. “The Man with a Turban” is one of the portraits that can be compared to this portrait.

This is a painting of the Virgin Mary surrounded by a hovering angel as she brings the infant Jesus to Rolin. The Holy Trinity, God, Jesus, and the Holy Spirit are represented by the three arches in the main background. The townscape that reaches out beyond the loggia is the most surprising feature in this magnificent painting.

The most famous altarpiece in the world is also one of the most famous paintings by Jan van Eyck. This is an altarpiece panel with scenes depicted in brilliant oil paintings that share a common theme, which is humanity’s redemption. The “Ghent Altarpiece” is known as “The Adoration of the Mystic Lamb.” The Ghent Altarpiece is made up of 12 Baltic oak framed panels that have been painted on both sides.

What famous paintings by Jan van Eyck do you think we should add to this list? Comment below. 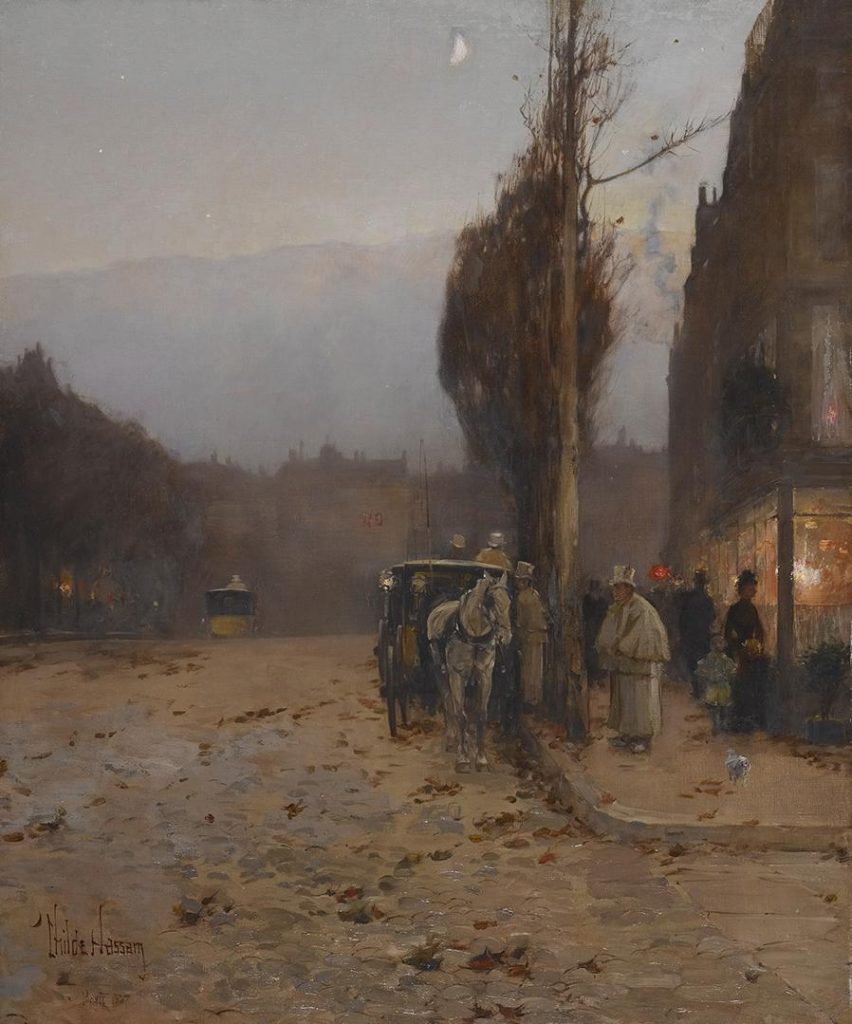 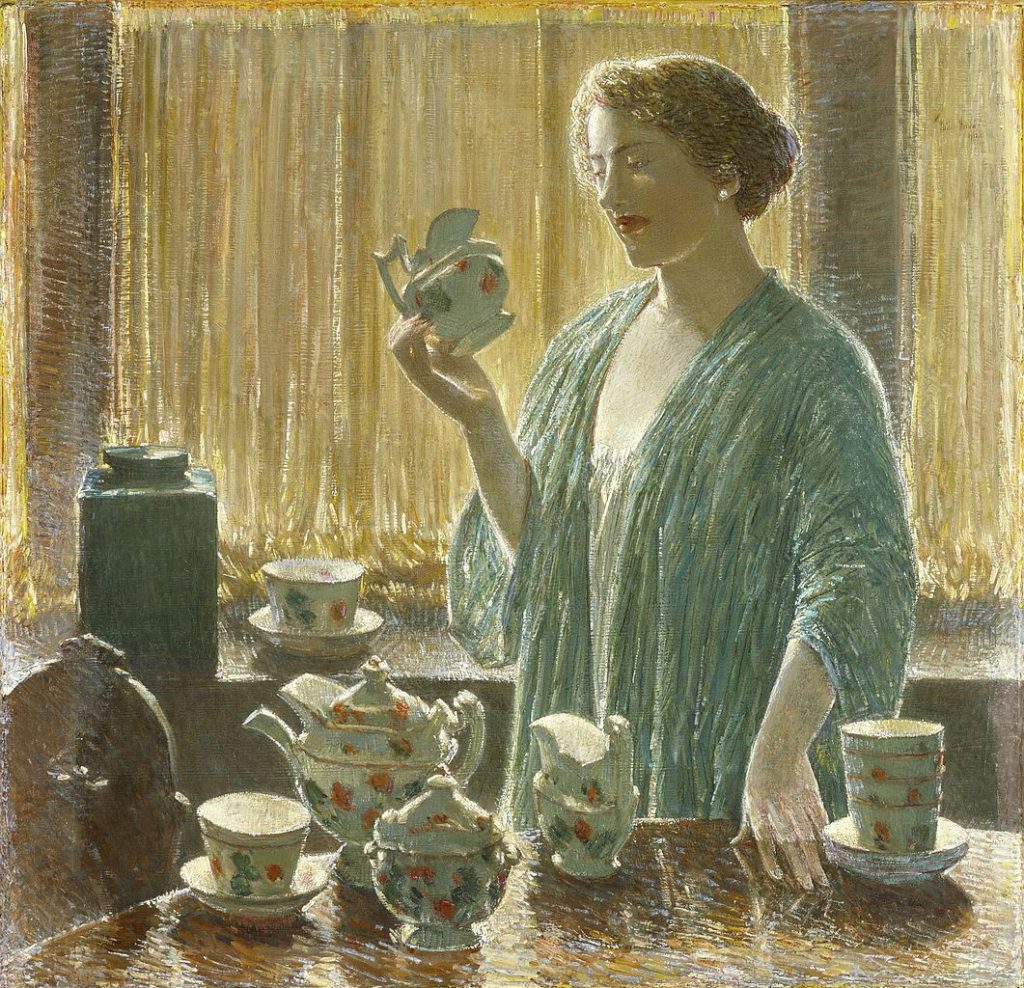 Strawberry Tea Set is a 1912 Impressionist painting by American artist Childe Hassam. This work is located in the Los Angeles County Museum of Art […]