Tiziano Vecellio — known in English as Titian (c. 1488/90—August 27, 1576) — is the prime master of the 16th-century Venetian school of painting, a resplendent style with a preference for oil paintings and reflective of the maritime superpower’s love of color and luxurious material.

Coming from a well-off provincial family and starting out from a mosaicist’s Bottega, Titian became, as a teenager, a pupil of first Gentile and then Giovanni Bellini, the premier painters of Venice, then in their old age. From the earliest altarpieces and frescos traced back to his handiwork, Titian appears to have been a prodigious student. He thereupon worked for Giorgione, an ascendant star of Venetian painting, and succeeded at emulating his master’s hand so well that doubts about the authorship of certain paintings persist to this day.

Having drawn amazement and admiration for his lively brushstrokes, Titian found himself at the age of thirty the sole master of Venice, his own masters having passed away in short order. It is part of Titian’s remarkable fortune that his supremacy in this, one of the world’s most important, cities would not be challenged for the rest of his life — a period of six decades.

He began receiving regular commissions from the state — one of which was to paint the re-erected landmark, the Fondaco dei Tedeschi — and soon earned himself the superintendent’s position and pension, which signified authority over the state’s forays into the arts.

In his maturity, Titian enjoyed continuous commissions from the many Italian courts. He was known to Michelangelo, Raphael, and Rembrandt as a great contemporary master. Emperor Charles V of the Holy Roman Empire, having met him in Bologna, began commissioning him with his own portraits.

By 1533 Titian was regarded as the Emperor’s “first painter” and had been given an imperial knighthood which extended to his children. In 1546 the Pope bestowed upon him the equivalent of the keys to the city, an honor previously extended to Michelangelo.

Titian’s many private engagements made his employers at the Venetian government worry that he would never complete his work. They even sought, unsuccessfully, to substitute him with Pordenone.

The hall painting Battle of Cadore, which Titian eventually finished for the ducal palace in Venice, was lost in the fire of 1577. Conceived with the clear awareness of Michelangelo’s Battle of Cascina, Raphael’s Battle of Constantine, and da Vinci’s Battle of Anghiari, this work, in an incredible instance of Renaissance coincidence, shared the misfortune of the other three of being in some way lost.

Titian lived remarkably long, dying sometime after his eightieth birthday. In his late years, he operated from a bustling Bottega of students. On his own he kept pursuing experimentation into liveliness, even finding original ways to apply the paint, seeking to constrain it into an ever more dutiful service to nature. His final artistic act, completed by a student, is a lugubrious Pietà intended for his own tomb. It shows the farthest advancement of his quick technique and indicates his pious perception of death.

Titian’s Assumption of the Virgin (1518)

The spectacular size of this single-panel altarpiece caused a sensation when it appeared at the Santa Maria Gloriosa dei Frari in Venice. To the marvel at the sheer dazzle of the majestic oil followed the wide realization that Titian was the unquestioned maestro of Venice.

The three registers of this canonical scene advance from the lowly and turbulent life of earthly passions, through the ascension of the soul by the grace of God, and up to the perfect glory of the divine. Earth and heavens are brought into union.

The Apostles are caught in a collective act of amazement and distress at the supernatural vision. The crimson of the robes of their two main figures completes a triangle with the robes of the Virgin and indeed the mantle of the figure of the god.

The triangular shape achieves an immediate sense of stability in an otherwise crowded scene and directs the attention toward a midpoint between the second and third register: the Virgin’s face. The directionality of the whole is unambiguous: all of the human figures are pointing upwards.

God counterpoints the noisy movement of the lower register with his impassive quietude: the unmoved mover to whom all things incline. He is backlit by the heavenly aura from which he emerges, which compounds the visionary effect of the transcendental event as the borderlines around him are suffused while the reality beneath him is lit up.

The Assumption is thus one shining endpoint of Titian’s quest for color, light, and movement. It is widely regarded as his masterpiece.

Already in his youth, Titian began producing portraits, mostly of unknown courtesans. An instance is Woman with a Mirror of c. 1515, depicting a young noblewoman at a parapet shaping her hair as an attendant holds up a mirror for her.

Besides the accomplishment of an idealized female figure and a perfectly shaded masculine presence, the portrait appears as Titian’s experiment with multiple perspectives within a single frame. In this case, the looking glass serves to give us a glance at the scene from an almost opposite direction.

Titian was endlessly sought after as a portraitist. Besides Emperor Charles V and the Empress Isabella of Portugal, Eleanora de Gonzaga of Urbino was depicted by him (La Bella), as was Pope Paul III, Philip II of Spain, and Pietro Aretino, a poet, and a friend.

Titian was an exquisite draftsman too, showing awareness of Dürer and Leonardo. Deserving of note is his Portrait of a Young Woman (c. 1515), where the face has been the object of a perfectionistic but impeccably light-handed execution. It glows on the yellowed parchment, the contours, and hair rendered with a single black pigment. 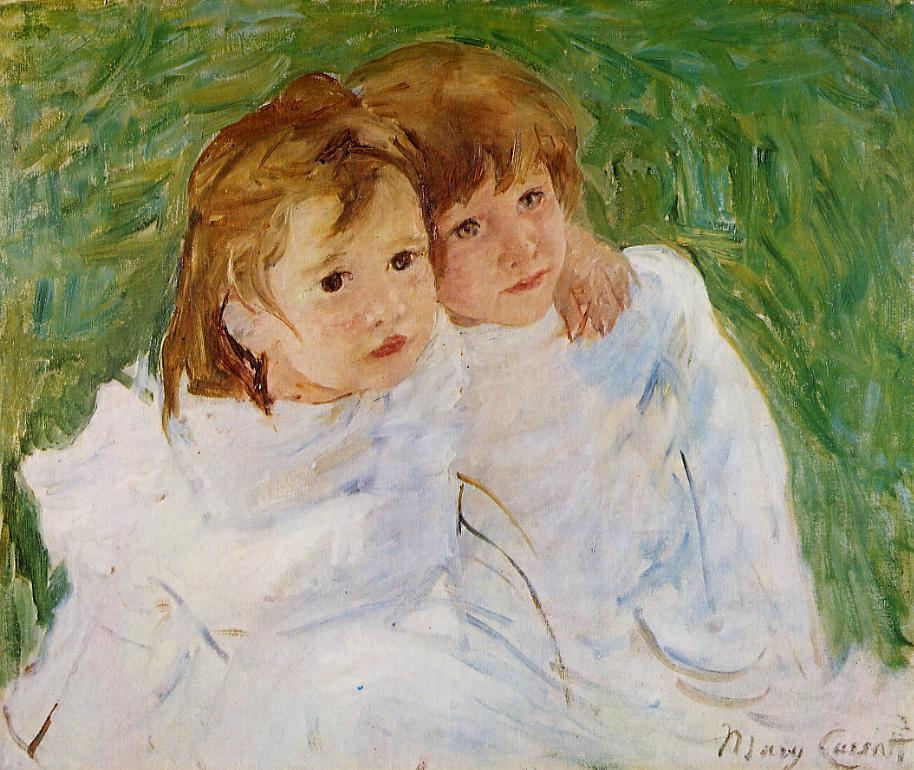 The Young Girls is an 1885 painting in the Impressionist style by the leading American painter and printmaker Mary Cassatt. This work is located in […] 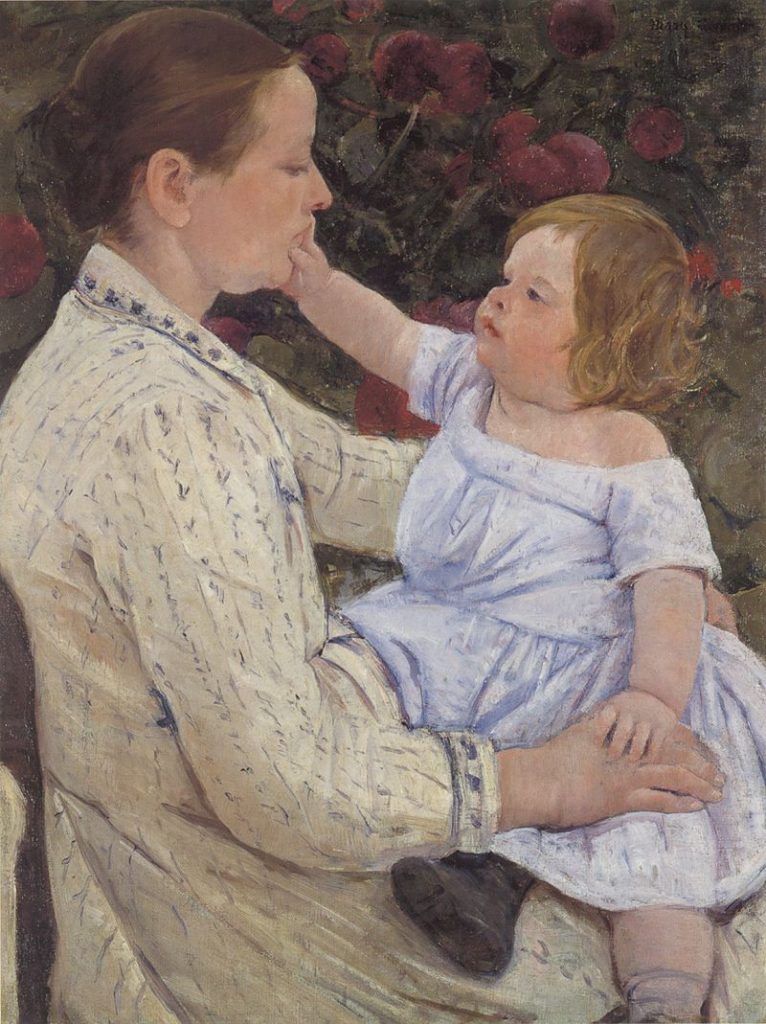 The Child’s Caress is an 1890 painting in the Impressionist style by the leading American painter and printmaker Mary Cassatt. This work is located in […]

12 of the Most Famous Paintings by Camille Pissarro 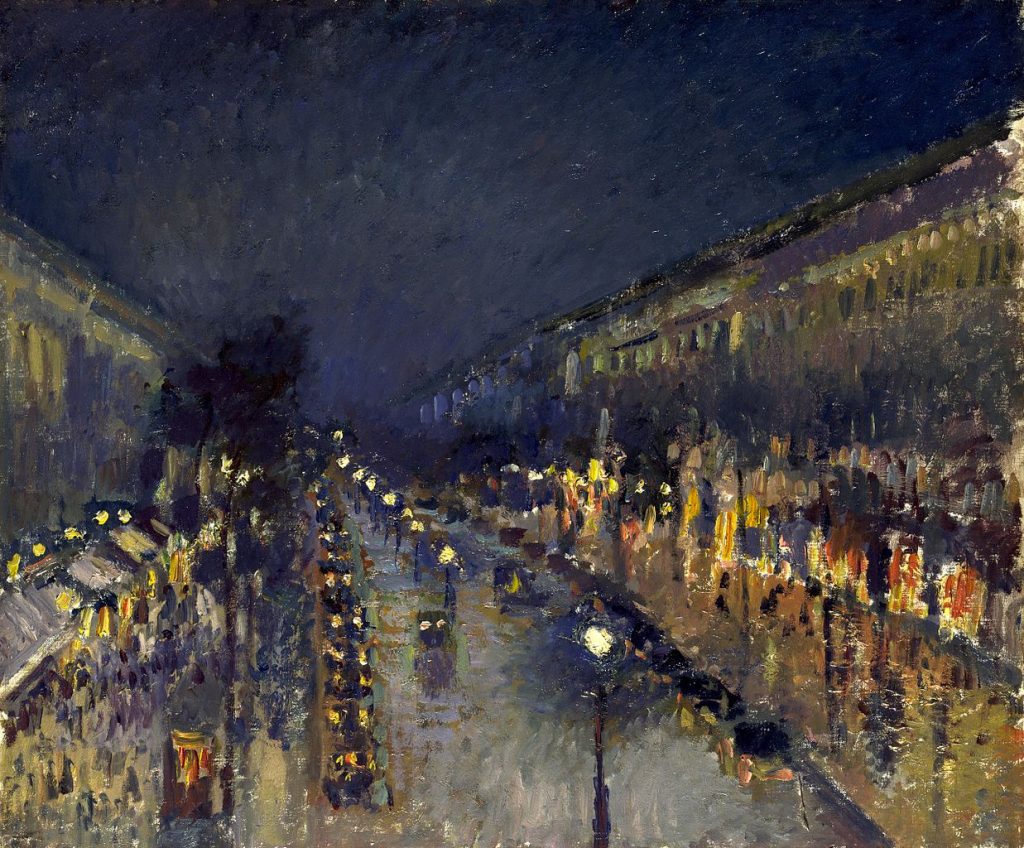