Spanish Romantic painter Francisco Goya’s masterpiece The Nude Maja (or La Maja desnuda) depicts a naked woman reclining on a bed, her arms laid on the cushions behind her. Possibly a lover of Manuel de Godoy, the Spanish prime minister who commissioned the painting, or perhaps a lover of the artist himself.

The Nude Maya is called both with the term naked and the term nude, but it is also often referred to by its Spanish name. It pairs up with a very similar painting — Maja vestida — showing a woman with an identical posture but fully dressed.

Although the two models look peculiarly similar (Goya likely contrived them to look such), they are in fact two different women.

The painting is known for its stark eroticism: the naked woman is exposing herself, unabashedly holding the spectator’s eye. The stare of the Maja is the same in both ‘versions’ of the painting.

Even though the clothed Maja may be perceived to be less erotically provocative, the mood of sexual self-satisfaction is the same and the soft dresses enwrapping her outline every curve of her shape. She is, therefore, in another way, as enticing as her naked predecessor.

Goya had to face the Inquisition in 1808 when Godoy’s collection of ‘immodest’ paintings was used for his removal from the government. Goya survived the prosecution unpunished because the Inquisition accepted the argument that his work was in line with an artistic tradition, that went back to King Philip IV and thus the 17th century.

The Nude Maja Genre and Style

This is a portrait painting in the Romantic style with slow and continuous brushstrokes — in opposition to the Impressionistic touches of the Maja vestida. It shows majismo (from which the term maja derives), a taste for flamboyant attire or decor combined with disinhibited personalities. It is a late 18th-century Spanish fashion derived from the common people.

The end of the 18th century in Spain was a time of war and peace settlements with France. A government led by Manuel de Godoy is first defeated by the French and then involved by treaty into a war with Britain and Portugal.

Painted at the time of prime minister Godoy’s speedy descent from and return to political power, it became one of the instruments of the political campaign against him in 1808, when he would be definitively removed from office and soon thereafter exiled.

Godoy had relied on Napoleon Bonaparte respecting the Treaty of Fontainebleau (1807). He allowed the entry of French troops into the country, which signified invasion and civil war. Bonaparte actually intended to place his brother Joseph onto the Spanish throne.

The History of the Nude Maja

Maja desnuda was certainly part of Godoy’s collection by 1800, when it hung in a private room alongside other highly sexual paintings, such as Velázquez’s Rokeby Venus. It was discovered by the Inquisition in 1808 and impounded by the crown with the rest of Godoy’s possessions. Neither it nor its twin was ever put up for exhibition during Goya’s lifetime. The Inquisition retained it between 1814 and 1836 and the Royal Academy showed it twice. In 1901 the Museo del Prado finally received it where it remains today.

The two Majas originate from Goya’s work as the First Court Painter of the Spanish monarchy. Goya created portraits on commission for the royal family, ministers of government, and the wider aristocracy.

His independence was exceptional as he was highly regarded. This meant that he could afford to paint realistic portraits marked with suggestive hints of his models’ true characters.

There has been continuous speculation that the Naked Maja may represent the Duchess of Alba, María Cayetana de Silva, whom Goya had painted several times. Though there is no conclusive evidence of this, Goya may have been influenced by the image of the Duchess in creating the Nude Maja, who would thus be imaginary.

The two Majas were almost certainly commissioned by prime minister Godoy, who all his life held Goya in high esteem, even though Godoy eventually suffered exile while Goya, as his friend and associate, was spared.

The time Francisco Goya was painting the Naked Maja shortly precedes his loss of hearing to an unknown illness. The Majas are therefore emblematic of his ‘middle period’, after which the powerfully critical series of etchings, called Caprichos, followed. Deafness compounded with hallucinations assailed Goya by the time the French armies were invading Spain from several directions in 1808.

Similar Paintings to The Nude Maja

Maja desnuda and Maja vestida are customarily shown side by side. They show Goya deploying a slower and a quicker brushstroke at two different times upon a very similar subject.

The Nude Maja is part of a tradition of laying female nudes within Western art, exceptional in that it does not portray a goddess, nor does it use nudity to express something beyond the nudity itself.

A great Spanish iconographic precedent is the Rokeby Venus of Diego Velázquez, but in its communicative intent, the painting is without precedent. It is often compared to Titian’s series of depictions of Danaë.

The Naked Maja signals, for Goya, a bold excursion into a purely secular rendition of nudity. It also tells us something of the sexual permissiveness within the Spanish aristocracy, at a time of high Church authority and ferment.

Set beside the clothed Maja, it displays Goya’s skill with rich volumes as well as impressionistic light touches.

The Nude Maja (or La Maja desnuda) painting is located at the Museo Nacional del Prado, Madrid and it very rarely leaves this museum for tours. 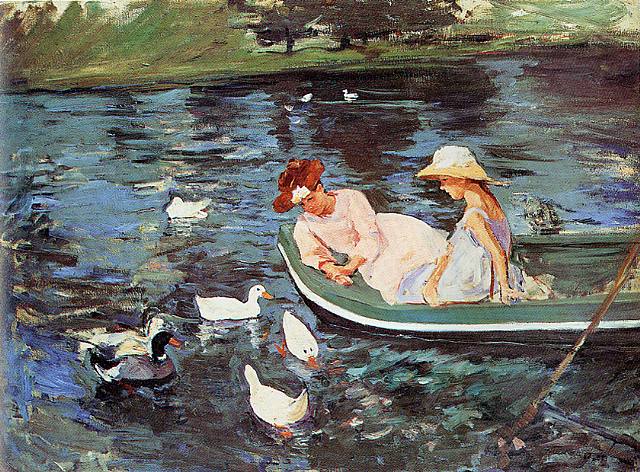 Summertime is an 1894 painting in the Impressionist style by the leading American painter and printmaker Mary Cassatt. This work is located in the Hammer […]

12 of the Most Famous Paintings by Caravaggio 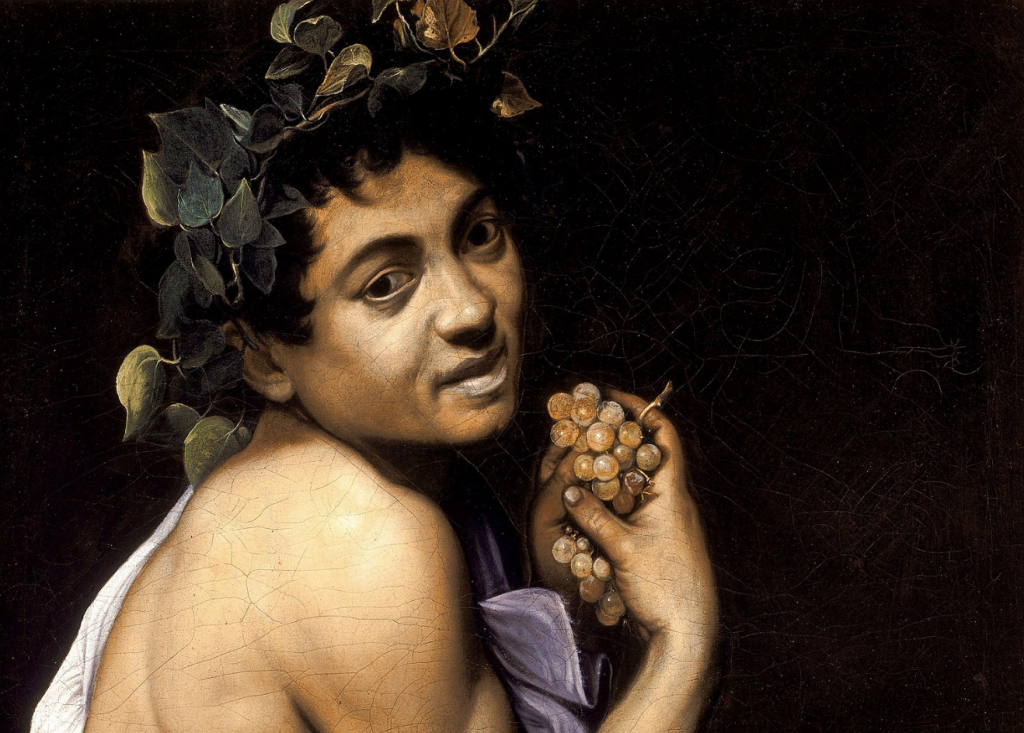 These are the 12 most famous paintings by Caravaggio. Born in 1571, he was an important Italian painter in the late sixteenth and early seventeenth […] 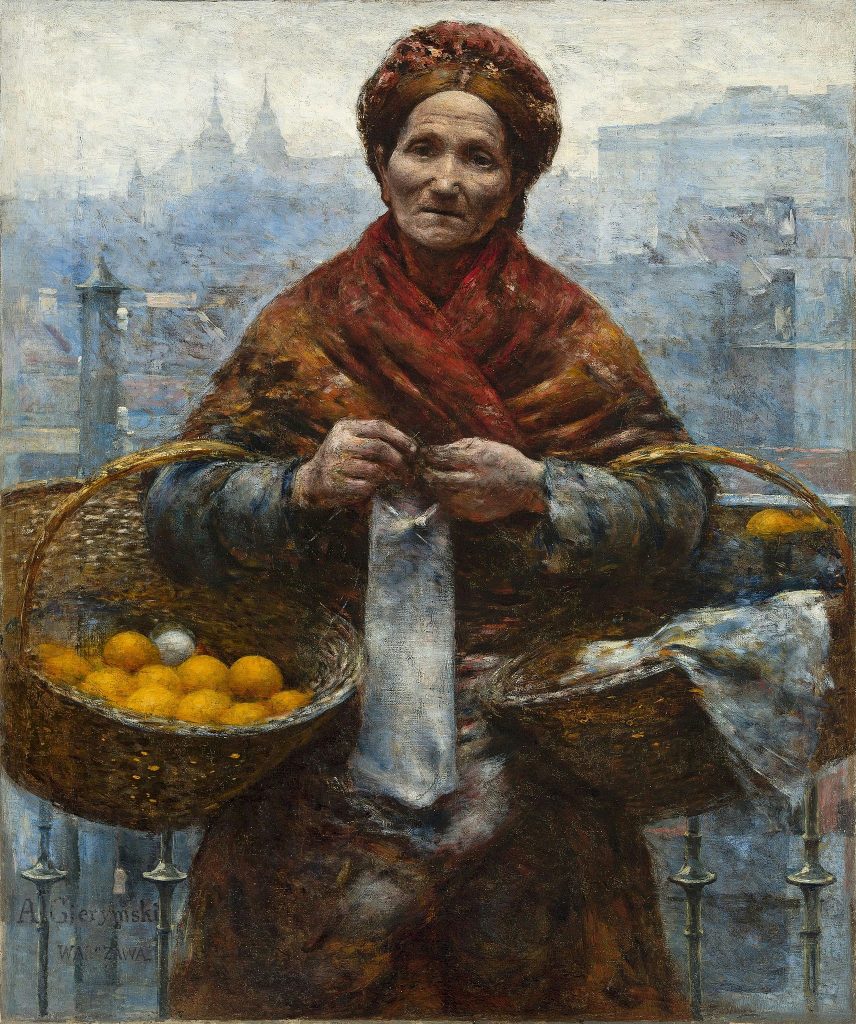 Jewess with Oranges is an 1881 quasi-Impressionist painting by Polish artist Aleksander Gierymski. Certainly Gierymski’s most memorable accomplishment, it was painted in Warsaw, the Polish […]