Jean-Antoine Watteau (1684—July 18, 1721) was a short-lived French painter and draftsman who contributed to the French Baroque’s resolution into Rococo and significantly influenced 18th-century fashion.

Watteau brought the fancy of theatre into mostly pastoral paintings, accomplishing a sense of charming unreality amid ostensibly familiar images. His sketchlike technique in painting was the result of his formative assistant’s jobs as a copyist of genre paintings and as a theatre decorator. This familiarised him with the Italian commedia dell’arte, in a period when its institutional patronage in France was waning, and the ballet opera. The enjoyment of theatre never abandoned him; its dreamy artificiality is an element in all of his paintings.

Working for Claude Audran (an interior decorator), Jean-Antoine Watteau had access to Rubens’ creations for Maria de Medici at the Palais du Luxembourg. He further studied the Venetian masters. A love for color and lightness, possibly acquired in this period (c. 1708) or perhaps developed from his love of comedy, is another characteristic of all of his work.

“The Embarkation for Cythera”

The Embarkation for Cythera, the grand painting which earned him admission to the French Royal Academy in 1717, exemplifies the Watteau style and his artistic pursuit. It is a scene of a contemporary society infused into a context of Greek myth as a group of merrymaking lovers is depicted arriving on the island which saw the birth of Venus (or, alternatively, setting off for it). Love; a feminine softness of all figures, human and vegetable; a dreamlike sense of coinstantaneous and aimless development; lively color and masses of whitening shine — all make this paradisiacal, bucolic creation of Jean-Antoine Watteau his most characteristic expression.

Watteau’s thematic fusion required the Academy to create the categorization of ‘fête galantes’ for this kind of imaginary outdoor entertainment, where elegant figures appear in rural attire. In his creative process, Jean-Antoine Watteau first produced a version with a Venetian setting derived from Italian comedy. The second version, shorn of Venetian trappings, went on to be regarded as the most beautiful, while in the third Watteau developed again the popular conception of idyllic Venice with the inclusion of cherubs and gondolas.

Thus, quite beside his interest in academic recognition, Watteau meditated ceaselessly on the theatrical possibilities in human life and how they can be transposed onto the canvas. His art was regularly a representation of art itself, a commixture of times and spaces which, until the moment the artist grasped them, did not and could not coexist.

The clients who enabled Watteau to live from his work belonged primarily to the wealthy middle classes. The exception here is the banker Pierre Crozat, for whom Watteau worked in the course of a single year. This could not have been otherwise given the artist’s reserved nature and a clear desire to be free (his apprenticeships appear to have all ended quickly). Dying at the age of 36, it appears that Watteau’s earnings were only sufficient to keep him doing what he loved.

Pierrot (also known as Gilles; c. 1719), depicting a stock character of Italian comedy, shows the enacted figure in the foreground, all in white and with a round brownish hat, caught in a peculiar mood resembling sadness. Like the wide scene of Gersaint (c. 1720), this is one of Watteau’s paintings commissioned by a friend to be used as a shop sign. The curiosity for the melancholic character brought forth to stand tall was expected to draw the passer-by’s attention. This marketing place explains the peculiar height and width of the two paintings, respectively. It also showcases his known talent for scenic arrangements.

In both of these paintings, we find an element of mysterious grandeur. In one case it is Pierrot’s expression, the moving discontent in the unwitting clown. In the second (L’Enseigne de Gersaint), we realize, it isn’t the people, whose action is mundane even if some of their dispositions imply seigneurial self-regard. It is rather the space wide, triumphant space, which is the painting itself, which captivates our interest. As it appears that Watteau’s rendition of his friend Gersaint’s store enlarged the actual dimensions of the place significantly, this last creation of the artist’s life, painted as he was already dying from tuberculosis, is his ultimate expression of fancy and theatre.

In the Englightenment age which followed his passing his work depreciated in critical regard as it appeared an untruthful rendition of life fit for the extinguished Ancien Régime. This was a painful reduction of Watteau’s artistry which ignored the evasive creativity of his genius. Watteau was in fact one of those turn-of-the-century artists who fled the imposing orderliness of the mature Louis XIV.

These Baroque creators sought superabundance and detail in their forms, fused genres, and canons, and dabbled in unreality. In the French philosophical dispute between the Ancients and the Moderns, Watteau would have certainly declared for the Moderns, the inventors of novelty.

Beginning with the Romantics and continuing until the present day, Jean-Antoine Watteau’s reputation as a highly accomplished and imaginative artist has been restored. Criticism has also noted his infinity of drawings and sketches whose grace requires attention on its own and which could have had no commercial value during Watteau’s career.

His direct influence on Victorian fashion, especially females, has also been appropriately recognized. The dresses worn by his transmuted dames were imitated, the Watteau dress becoming precisely named after him. 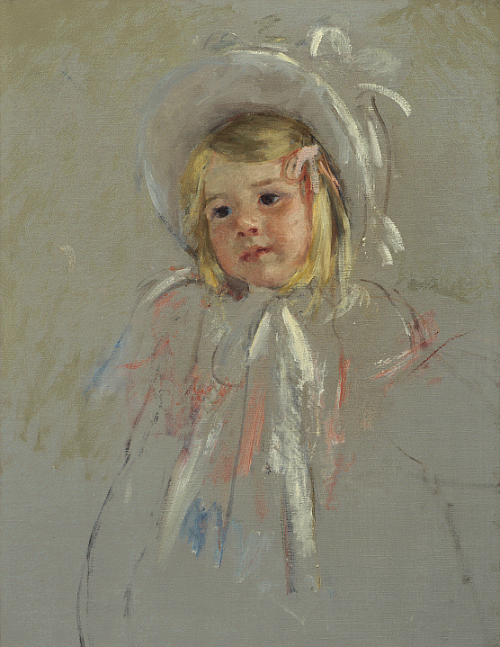 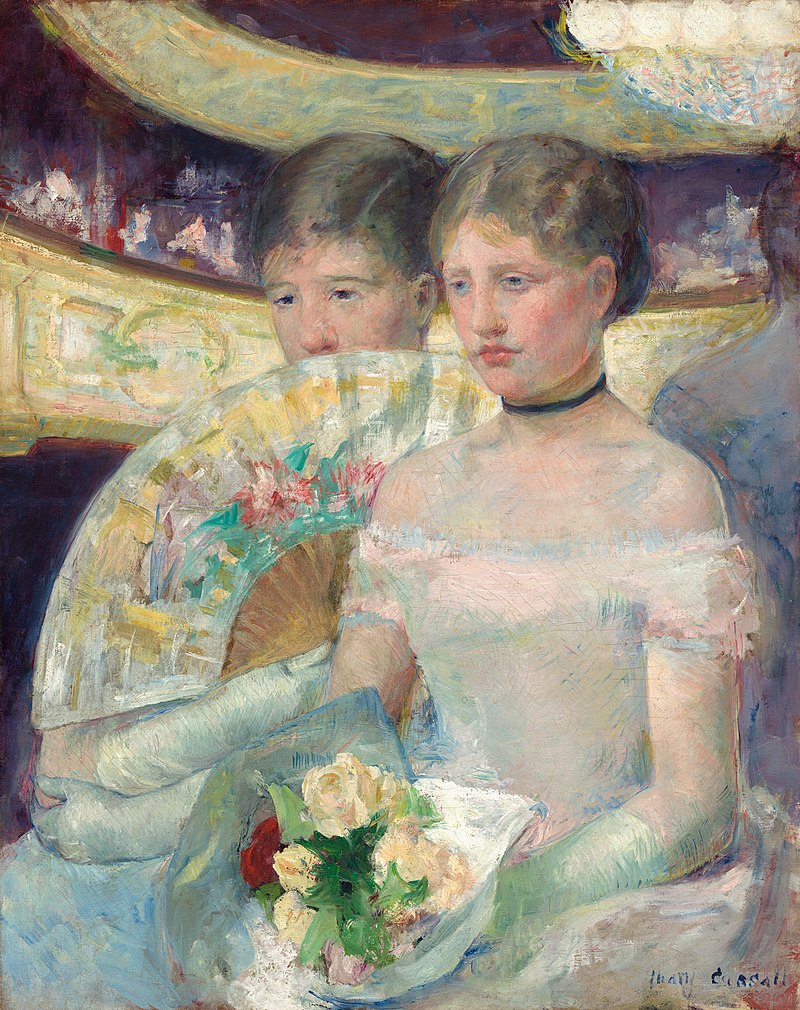 The Loge is an 1882 painting in the Impressionist style by the leading American painter and printmaker Mary Cassatt. This work is located in the […]

Woman Sitting with a Child in Her Arms: Mary Cassatt 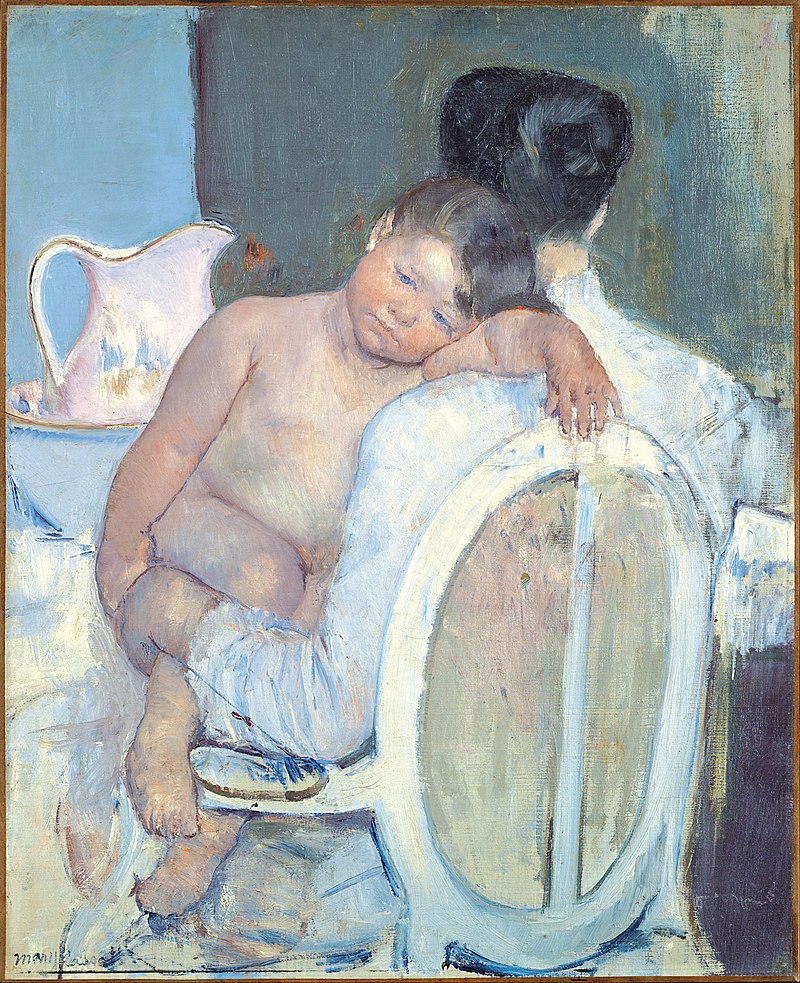 Woman Sitting with a Child in Her Arms is an 1890 painting in the Impressionist style by the leading American painter and printmaker Mary Cassatt. […]