These are the 12 most famous paintings by Rembrandt van Rijn.

Rembrandt van Rijn, (1606-1669), a Dutch Baroque painter and printmaker, was regarded as one of the best storytellers in art history, with an incredible ability to depict people in a variety of moods and dramatic guises.

A painter of light and shade, as well as an artist who valued an uncompromising realism that led some reviewers to believe he chose ugly over beauty.

The Night Watch is certainly one of the most famous paintings by Rembrandt. This is a painting of a group of militiamen led by Captain Frans Banning Cocq and his lieutenant, Willem van Ruytenburgh, surrounded by sixteen of their men.

It was praised for being “picturesque in its idea,” “elegantly” and “powerfully” executed. This is what distinguishes it from the other militia paintings created at the same time. Rembrandt painted quite thickly, yet in others, he worked out every detail with minute precision.

This is a painting of Bathsheba, sitting in her bathtub, holding a letter and looking off into the distance while her servant sits at her feet. The painting is a combination of light, texture, gesture, and silent drama. It is dramatic and emotionally strong and exudes humanity and compassion, focusing on Bathsheba’s sorrowful acceptance of her fate.

This is one of the famous paintings by Rembrandt. A painting of Amsterdam surgeons at work, looking at various objects. It highlights the link between criminality and terrible death, while one gets the impression that it also highlights the transience of life on this earth. Dynamism is added to the scene by the strong contrasts between light and dark.

This is a painting of the fourteen men on board the ship who were saved when Jesus calmed the seas. Rembrandt painted a self-portrait in the boat alongside Jesus and his twelve followers. The painting was stolen by thieves disguised as police officers and has never been found, making it the largest art theft in history.

Self-portrait as the Apostle Paul (1661)

This is a self-portrait of Rembrandt when he was 55 years old, taking on the character of the Apostle Paul, a biblical figure. The apostle’s usual characteristics include a sword emerging from his cloak and a scroll in his hands. Rembrandt used his own face to encourage the viewer to contact directly with the saint.

The work was stolen in 1990 from the Isabella Gartner Museum in Boston and the crime remains unsolved – the whereabouts of the painting are sadly unknown.

One of the most famous paintings by Rembrandt, it is particularly significant as it is the only seascape he created.

This is a painting of a man dressed as a Polish Szlachta (nobility). It’s not universally agreed that the figure’s outfit is unmistakably Polish, and it is possible that it is a self-portrait. Some art reviewers referred to this piece as a “tronie,” which is a painting with an overly dramatic facial expression or a stock character in a costume.

This is a painting of Susanna’s narrative from the Bible’s Book of Daniel, which is Deuterocanonical literature. Susanna was blackmailed by two Jewish elders who threatened to ruin her name if she didn’t give in to their sexual cravings.

The great contrast between the lighter and darker components of the picture is a signature style of Rembrandt’s work, which makes it interesting.

This is a painting of a well-dressed couple, the woman on a beautiful chair and the man towering over her. It’s his first double portrait by the artist, with both individuals in the same painting.

The viewer’s attention is quickly drawn to the couple, which is set against a neutral-colored background.

This is a painting of a bearded elderly man with a piercing look and a powerful, dignified presence who compels attention. The figure has a great feeling of seriousness as he stands before a stone wall and a black curtain, with his hands gently folded at his waist. A psychological effect demonstrates Rembrandt’s artistic excellence.

This is a painting of Rembrandt dressed as a soldier, comfortable and laughing at the viewer. The face’s energetic, quick brushwork and the neutral background’s brisk handling provide a feeling of freshness and immediacy.

This is one of a small number of his paintings on copper from the late 1620s.

This is a painting of Christ positioned in the precise center of Rembrandt’s composition, holding a shovel and wearing a wide straw hat. The art’s typical allusion is to the Magdalene’s mistaking him for the gardener. ‘Noli me tangere,’ or ‘Do not touch me,’ is a popular phrase for the concept shown here.

The Adoration of the Shepherds (1646)

This is a painting of two shepherds kneeling in front of a newborn child. The light from the child is significantly brighter than the light from the lamp, giving the scene a very intimate feel. Rapid, scratchy brushstrokes, chatting onlookers, and a child playing with a dog all contribute to a domestic and casual atmosphere.

What famous paintings by Rembrandt van Rijn do you think we should add to this list? Comment below. 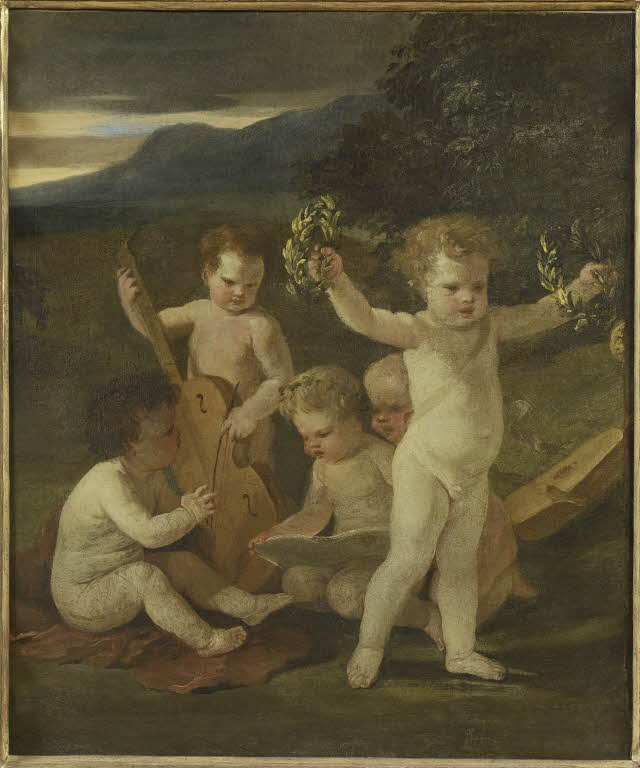 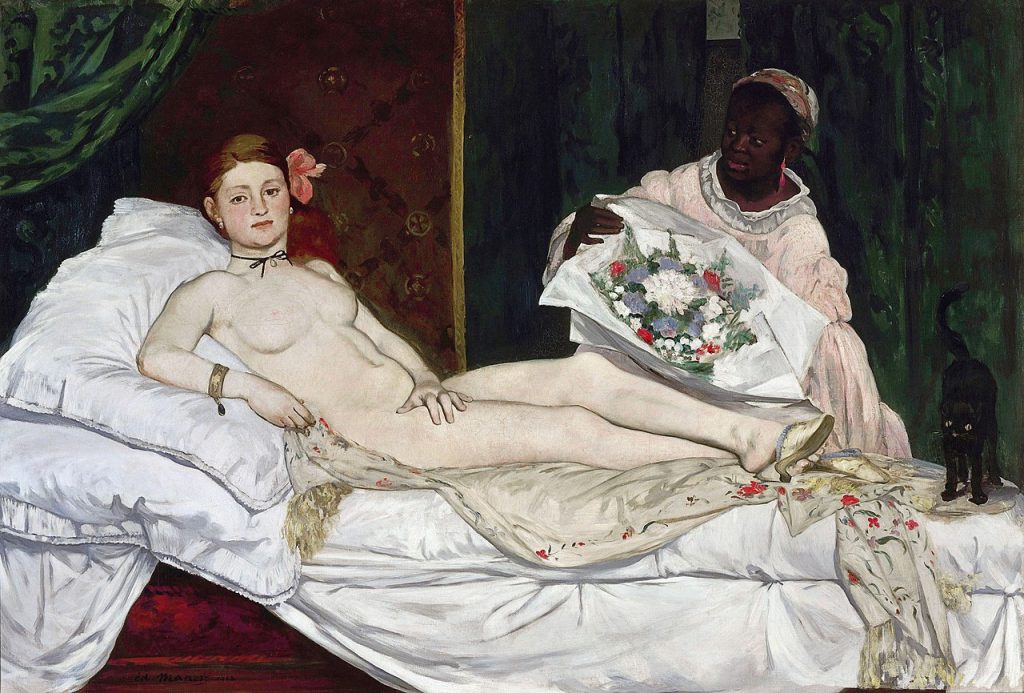 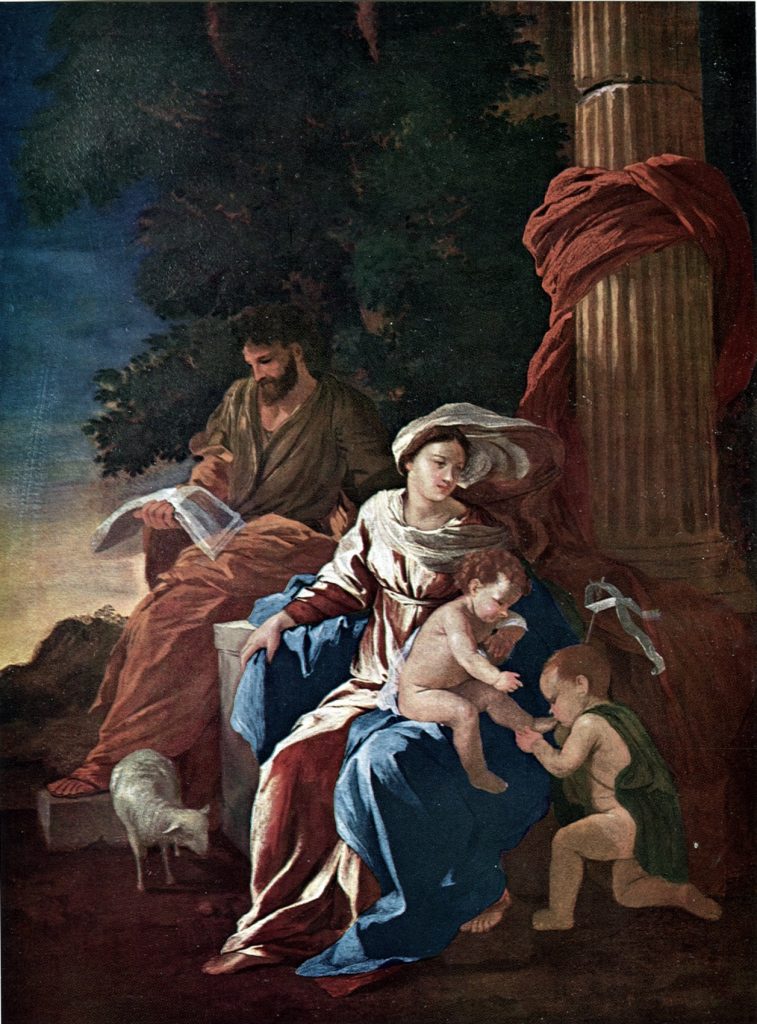 The Holy Family with St. John is a 1629 painting by French Baroque artist Nicolas Poussin who specialized in the classical style and worked for […]