These are the 12 most famous paintings by Peter Paul Rubens. Born on June 28, 1577, Peter Paul Rubens is most recognized for his imaginative and energetic religious and mythological paintings, though he also painted portraits and landscapes. He is considered one of the greatest painters of the Baroque period in the 17th century.

One of the most famous paintings by Peter Paul Rubens, Samson and Delilah depicts a scene from the Old Testament story of Samson and Delilah. A sleepy Samson lies in Delilah’s lap in a candlelight room, as a group of Philistines stands in the doorway. The painting’s focal point is Delilah’s hand, which is lying on Samson’s naked back. This artwork has a strong influence on Caravaggio, Michelangelo, and antiques.

This painting depicts the thunderbolts thrown by Zeus. The thunderbolts give a luminous contrast that allows Phaeton, the horses, and other characters to express horror while maintaining the darkness of the event. The ancient Greek tale of Phaeton (Phaethon) is portrayed in the painting, which is a frequent subject in the visual arts.

This is a self-portrait of Rubens and his first wife, Isabella Brant. He portrays himself as an elegant gentleman, holding a sword handle in his left hand. They are surrounded by symbols of love and marriage. Honeysuckle and garden are traditional love symbols, and holding the right hands represents marriage.

This painting depicts the Roman celebration Veneralia, which honors Venus Verticordia. Behind a grotto, a stream of water rushes into an overflowing basin, and the Venus temple is seen in the background. This painting, greatly influenced by humanism, praises the importance of love and is inspired by two works of literature.

Also known as the Flour Continents, this is one of the famous paintings by Peter Paul Rubens which depicts what was at the time the four continents—Europe, Asia, Africa, and America—as female allegoric figures partnered with the gods of their four rivers—the Danube, the Ganges, the Nile, and the Ro de la Plata. “The Four Rivers of Paradise” is also known as “The Four Continents.” The tigress, protecting the cubs from the crocodile, is used as a symbol of Asia.

This is one of four corner ovals depicting Virtue’s allegorical victory over Vice, which could be a reference to Charles I’s political ambitions. This is the only painted ceiling design in England done in the great dramatic style of the 17th century, and it was commissioned by Charles I, a king noted for his encouragement of the arts.

The Rape of the Daughters of Leucippus (1617)

This painting depicts the mortal Castor and the immortal Pollux kidnapping Phoebe and Hilaeira, daughters of Leucippus of Messenia. Pollux, the boxer is portrayed with a bare and open upper body, whereas Castor, the horse-tamer, is portrayed with armor. No differentiating features are between Phoebe and Hilaeira. The painting highlights how Greek and Roman mythology influenced the artist.

This painting depicts a relaxing setting in which Venus, Cupid, Ceres, and Dionysus share meals outdoors as if they were having a picnic while dressed elegantly. It was known for capturing an accurate representation of the human body, along with all of its curves and folds, rather than just an ideal. This artwork is influenced by Roman literature.

The Three Graces are depicted in this painting as gorgeous, sensual virgins who are fully naked except for a fine, transparent fabric that partially covers their legs. This painting of three naked female figures, painted a year before Ruben’s death, is an excellent example of the artist’s exceptional and outstanding portrayal of human flesh tones or incarnate forms.

This painting depicts Diana the Huntress resting with her court of Nymphs in a spot in the woods when she is attacked by a group of Satyrs. He painted it with the help of Frans Snyders, for the animals, and Jan Wildens, for the landscape. This painting comes from Rubens’s most sensual and poetic period, which was the last decade of his life.

This painting depicts the Madonna surrounded by a floral arrangement and cherubs. Flowers in a still life with a religious subject is a style that was commonly associated with the Bruegel family. This painting is a great example of Rubens’ and Jan Brueghel the Elder’s talents colliding, and it was highly regarded by buyers.

The Rape of Europa is one of the most famous paintings by Peter Paul Rubens, depicting the abduction of the Phoenician princess Europa by Zeus, who has taken the appearance of a white bull. It demonstrates how Ruben faithfully followed Titian’s model while simultaneously departing from him in his representation of the feminine form. This artwork was not among those in the royal collections that were taken from public view because of extreme nudity during the 17th century.

What famous paintings by Peter Paul Rubens do you think we should add to this list? Comment below. 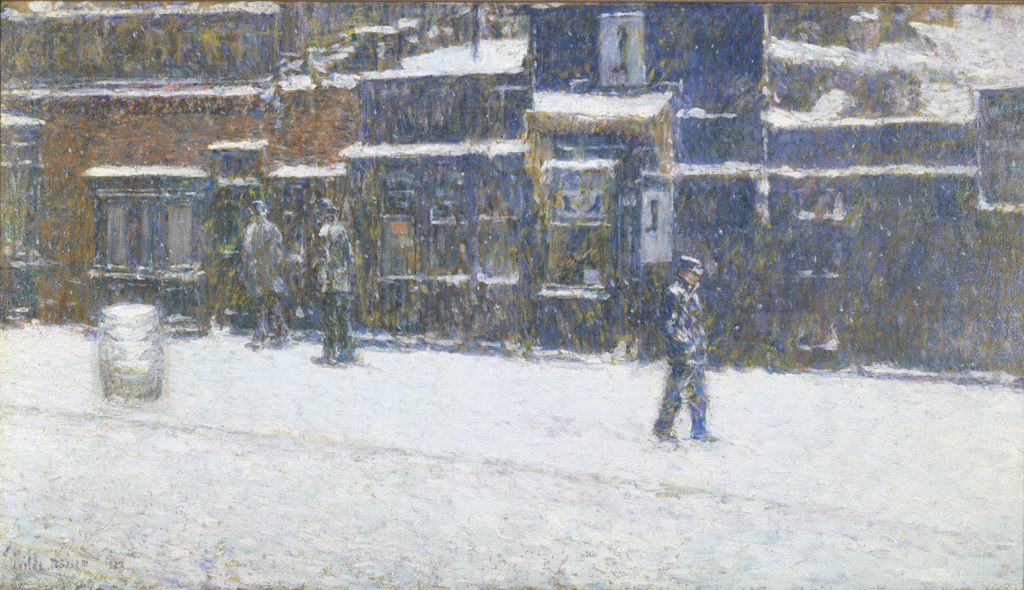 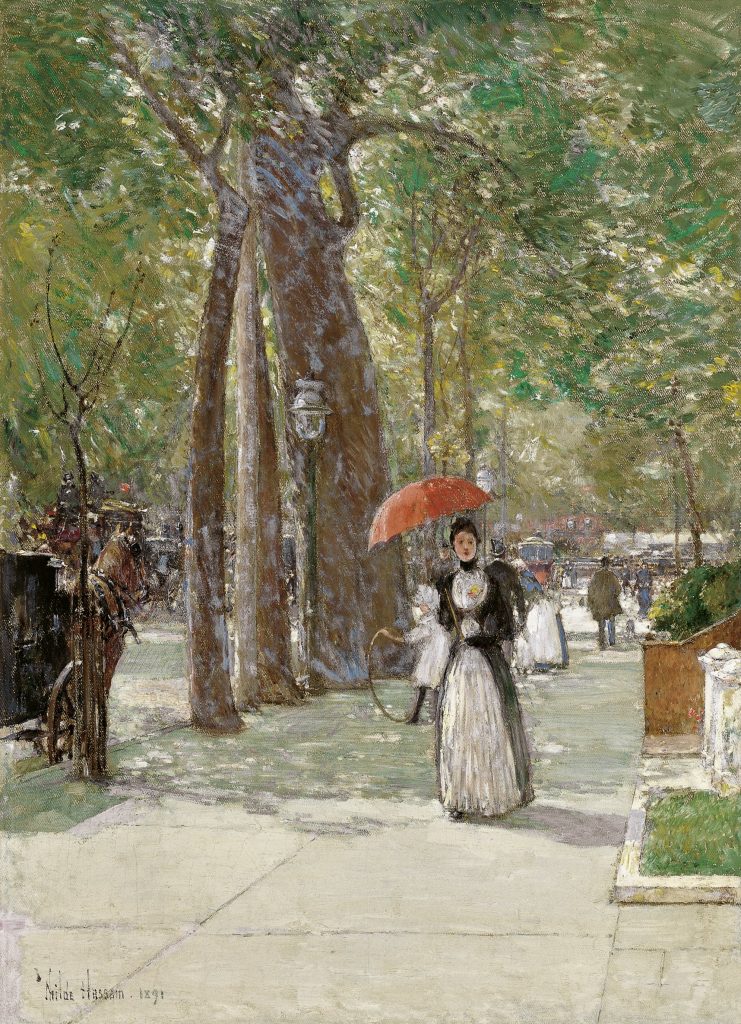 Fifth Avenue at Washington Square, New York is a 1891 Impressionist painting by American artist Childe Hassam. This work is located in the Thyssen-Bornemisza Museum […] 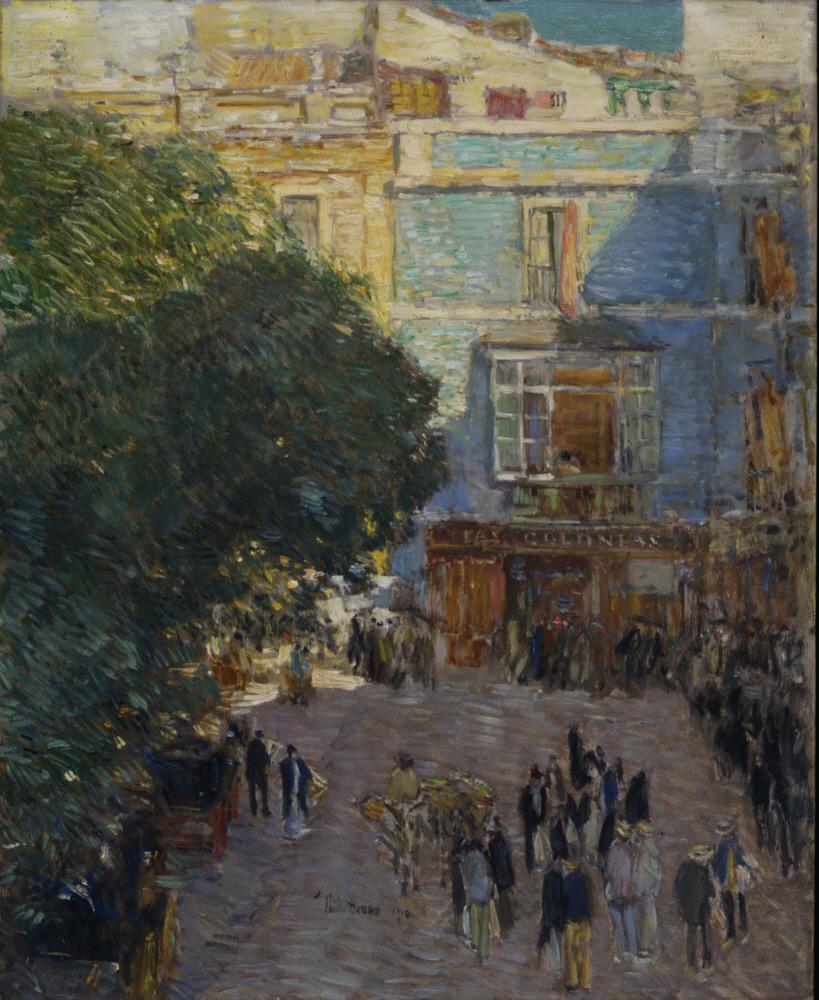