These are the 12 most famous paintings by El Greco. Born in 1541, he was a Greek painter whose entire life and work were marked by a strong devotion to God. He felt compelled to become an artist as a young man, and he mastered a long-standing tradition of Byzantine icon art, but by the time he landed in Spain, his motivation had shifted to the emerging Italian and Spanish Renaissances.

This is one of the two landscape paintings El Greco painted, depicting the Spanish city where he had established his home. The painting was created in the late Renaissance or Baroque style. It’s unique in that it’s the first landscape painting in Spanish art because, at the time, Spanish artists did not create landscapes.

This is an Annunciation painting depicting the angel Gabriel’s visit to the Virgin Mary, during which he informed her that she would be the mother of Jesus Christ, the Son of God. This is one of El Greco’s final works, which he most likely created with his son, Jorge Manuel.

This is a famous self-portrait by El Greco. It’s a wonderful and particularly appealing portrait by the artist, with skillfully painted features. All four sides of the canvas are trimmed. In “Portrait of a Man” (1595–1600), the signature was later discovered to be fake, and it was removed in 1947.

This portrait depicts El Greco’s friend Clovio, a short-haired man with a thick gray beard, dressed in a black robe with a white shirt underneath the collar and a peek of sleeves. This portrait is the first known portrait by El Greco, who not only showed outstanding portrait painting skills but also integrated Venetian culture to a significant level.

This painting depicts Christ with his head raised high to the heavens, expressing a deep sense of peace. “The Disrobing of Christ” is also known as “El Expolio.” Despite the painting’s gloomy and chaotic setting, El Greco depicted Christ as a serene, powerful, and commanding figure. The “space elimination method” was used, which was a common technique during the 16th century.

This painting depicts the souls of all martyrs who have been persecuted, pleading for God’s justice for their persecutors’ salvation on earth. “The Opening of the Fifth Seal” is also known as “The Vision of Saint John” or the “Fifth Seal of the Apocalypse.” Most critics feel that the painting’s preserved piece depicts profane love, while the missing portion reflects divine love.

This is a portrait of Jorge Manuel Theotocopoulos, who is the painter’s son and collaborator. Manuel was not a remarkable and talented painter like his father. El Greco portrays his son as both an artist and a member of the upper class. His use of the palette and ruff collar was still considered inappropriate by his Spanish contemporaries.

This painting depicts the death of Laocoon, a Poseidon Trojan priest. It also represents Laocoon’s sons, Antiphantes and Thymbraeus, dying. The gods’ lovely appearance as they watch their subjects in pain contrasts with the distorted figures of the dead and dying subjects. This is an emotional scene with twisted figures that goes all the way back to the Mannerism style.

This is a painting of Christ depicted as the Saviour of the World (Salvator Mundi) and the Light of the World. He places his palm on a globe wrapped in the folds of his cloak, shining with divine light. His physiognomy and symmetrical frontal position reflect Byzantine portrayals of Christ as Pantocrator (Ruler of All). This painting in this series of Apostles is one of his most remarkable.

This is a painting of an unknown knight with his hand on his chest. He is depicted seriously pledging his entire being to a higher principle, as the gesture of placing the right hand on the heart indicates more than just pious respect. Originally, the painting was intended to be a portrait of Juan da Silva, Marques de Montmayor, Toledo’s “Notario Mayor.”

This painting depicts the Gospel story of Christ washing a blind man’s eyes and healing him. A group of men watches them. Rich architectural structures can be seen in the background. The composition’s upper left corner is incomplete. El Greco depicted the subject of this painting in two other versions.

Christ Driving the Money Changers from the Temple before (1570)

This painting depicts an enraged Christ driving the money changers out of the Temple. It was an uncommon motif until the Council of Trent promoted it as a symbol of the Catholic church’s effort to cleanse itself following the Protestant Reformation. The illusionistic space and sensual figures of this painting contrast with Byzantine art’s flattened space and stylized features.

What famous paintings by El Greco do you think we should add to this list? Comment below. 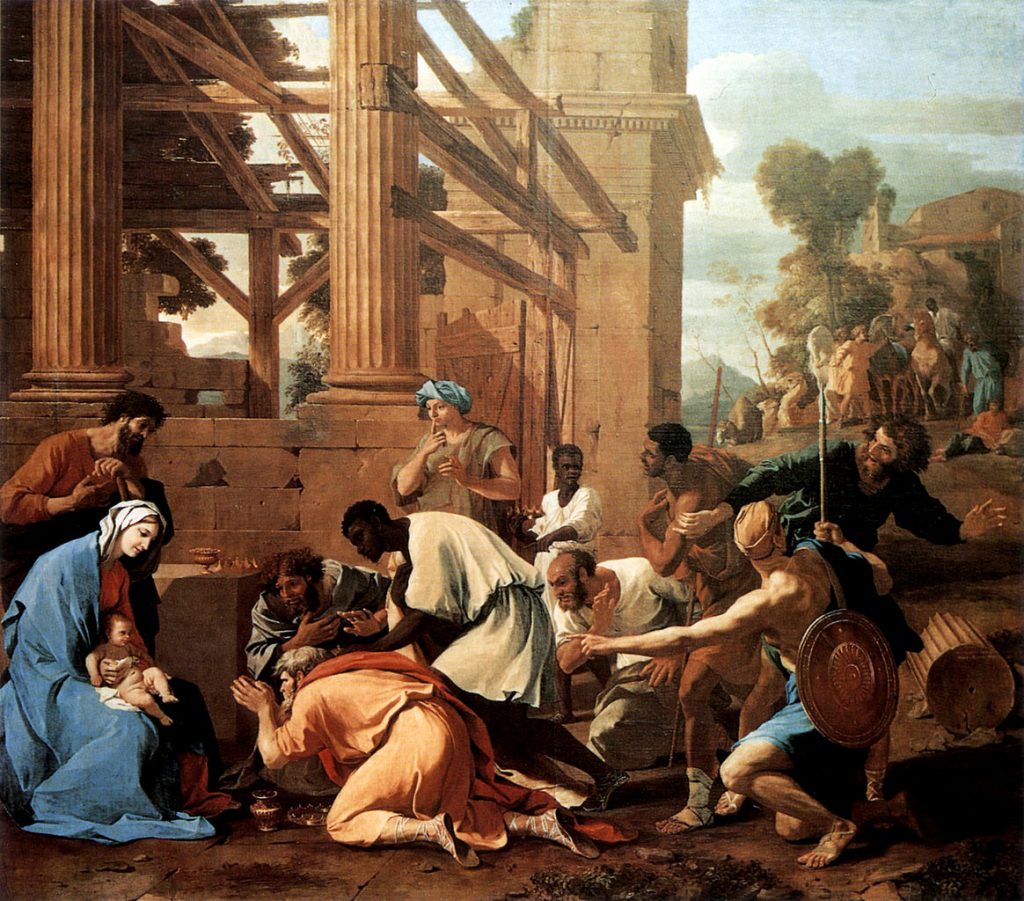 The Continence of Scipio: Nicolas Poussin 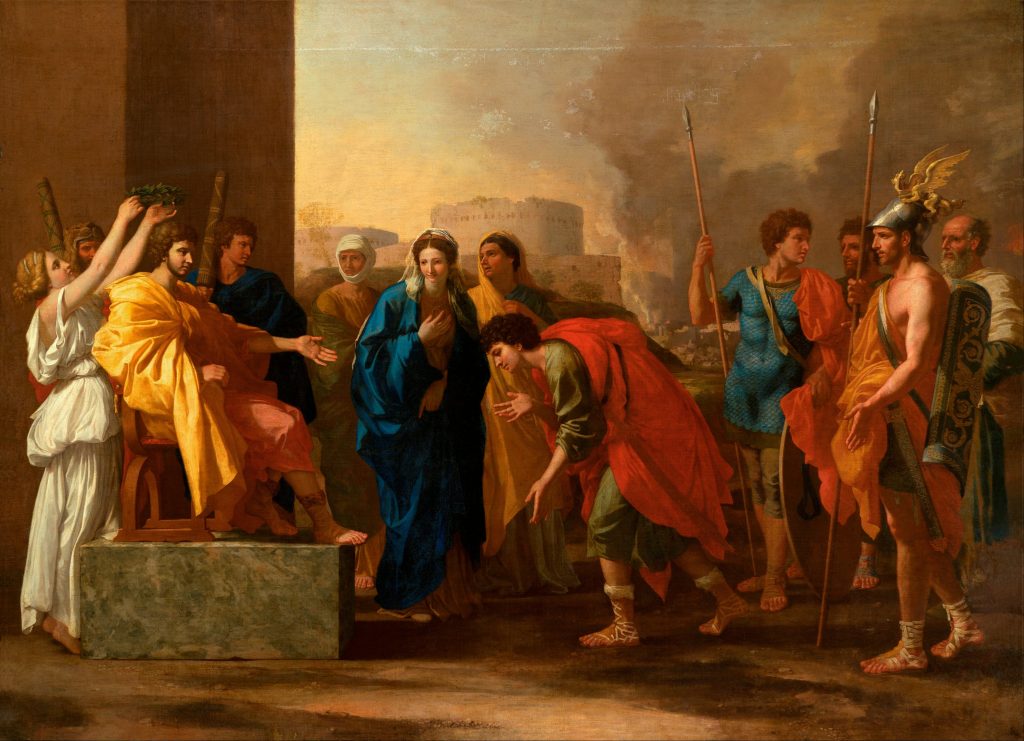 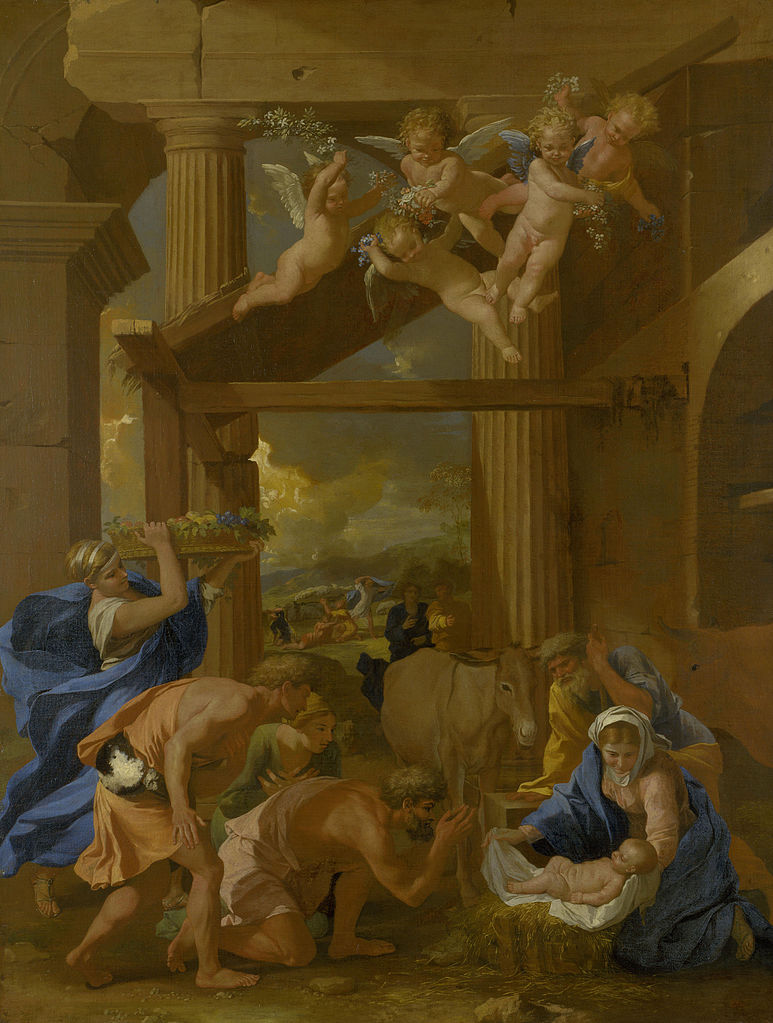