Born in Paris in 1834, Edgar Degas developed his skills in the Louvre as a copyist. His early penchant for the drawn line was reinforced in 1855 when Degas met one of his artistic heroes Jean Auguste Dominique Ingres, a painter in the classical tradition. Ingres insisted to Degas that he should solely concentrate on drawing lines in order to become a true artist.

The period of 1856 to 1859 saw Degas experiencing Italy, a sojourn which led to his early studies for his masterpiece The Bellelli Family the titular family being relations of Degas living in Florence.

Degas was adjudged to be sufficiently talented to have work displayed at the French Salon of 1865. This was a time when he was moving away from his early focus on classical subjects toward a new interest in contemporary scenes in his paintings. This was largely due to the influence of Manet.

From 1874 until 1886, Degas exhibited with the Impressionists in a series of landmark events in French and world art. Despite this, he always and virulently rejected the label of Impressionist when it was applied to his art.

He saw his work as more realist in style. But this has not deterred critics ever since from aligning him with Impressionism. Degas rejected the Impressionists’ of plein air painting or painting outdoors. He considered that the artistic process should be typified more by sober reflection than Impressionistic spontaneity. However, Degas did share certain qualities with the Impressionists such as an interest in a contemporary light and formal experiments like the use of unfamiliar perspectives.

As already mentioned, Ingres was a hero of Degas’s but he also revered the Romantic painter Eugene Delacroix and cited Japanese prints as an instrumental influence. Notable artist friends were Mary Cassatt – with whom he collaborated for a long period, the influential Edouard Manet and Pierre-Auguste Renoir.

Famous works of Degas include his many pictures of ballet dancers, horses in racecourse scenes, and many others. His importance lies in the brilliance of color, the vivid depiction of movement, and his increasing abstraction of form from his early naturalism. 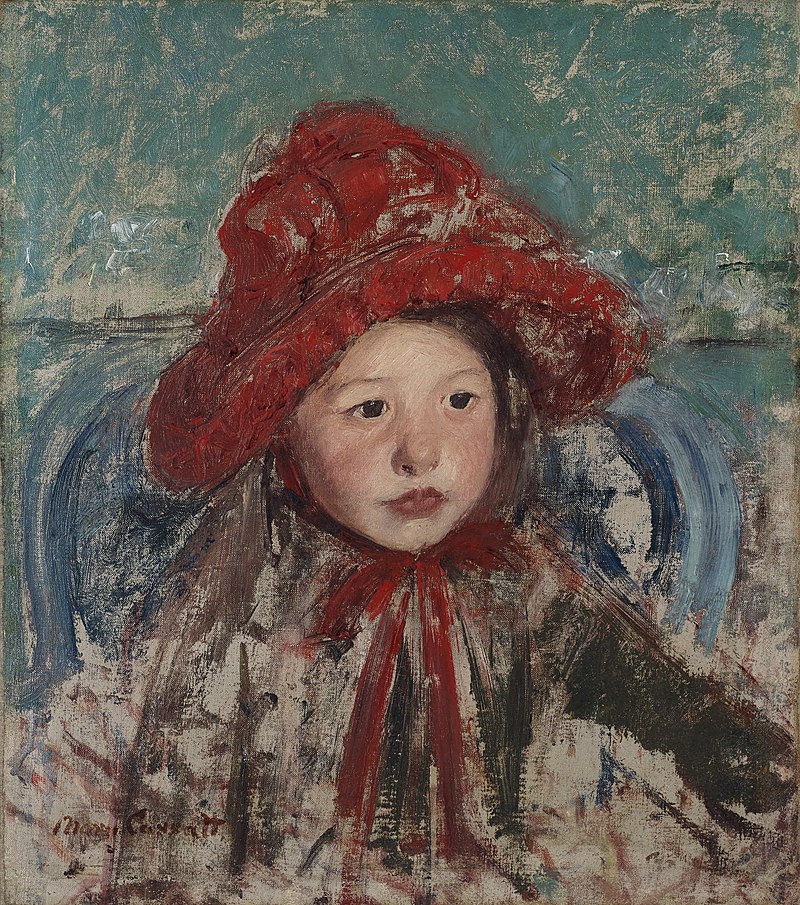 Little Girl in a Large Red Hat is an 1881 painting in the Impressionist style by the leading American painter and printmaker Mary Cassatt. This […]

Portrait of an Elderly Lady in a Bonnet: Mary Cassatt 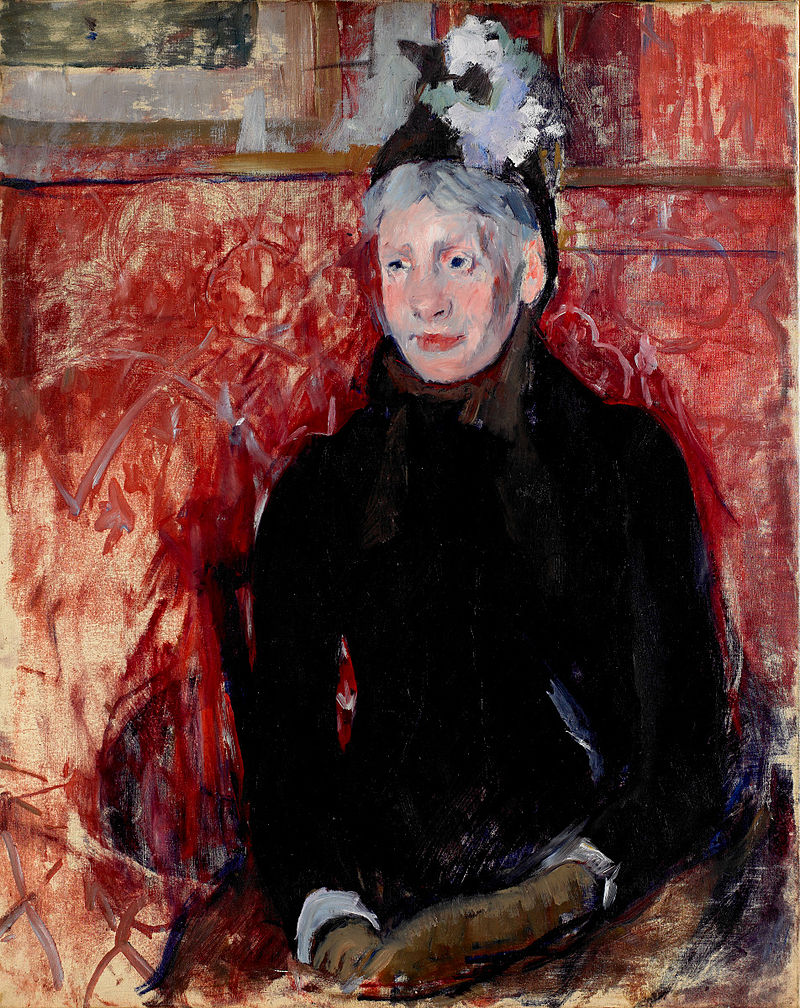 Portrait of an Elderly Lady in a Bonnet is an 1887 painting in the Impressionist style by the leading American painter and printmaker Mary Cassatt. […] 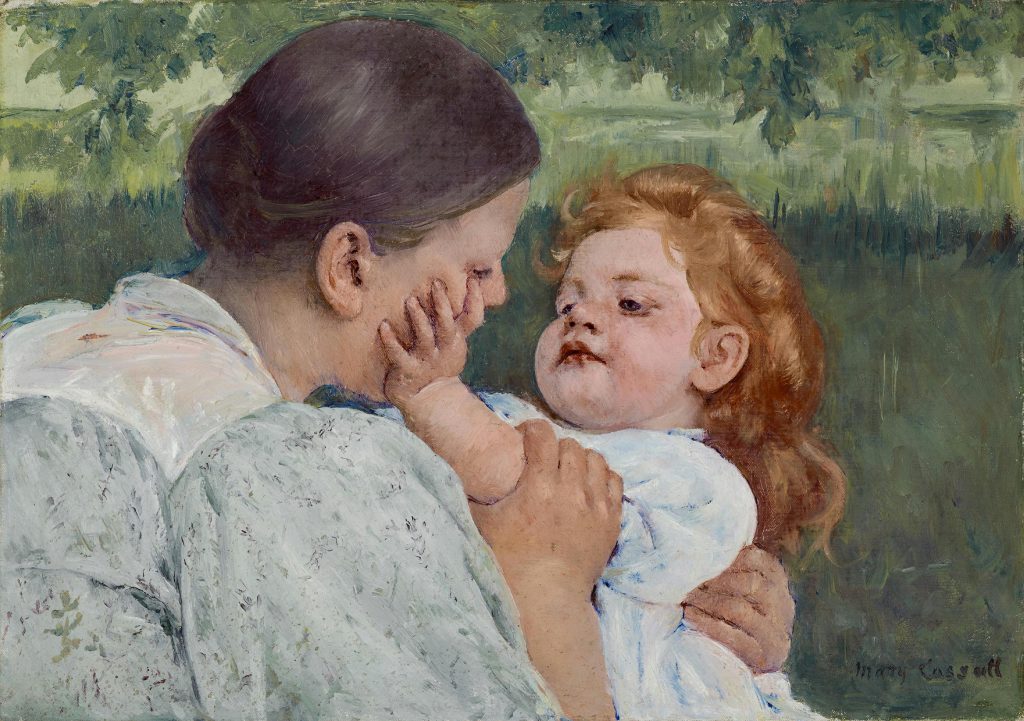 Maternal Caress is an 1896 painting in the Impressionist style by the leading American painter and printmaker Mary Cassatt. This work is located in the […]