Boating is an 1874 painting by French modernist painter Édouard Manet which is in the Metropolitan Museum of Art in New York City. It was painted in the summertime not far from Argenteuil, at the time a small town to the North-West of Paris, on the river Seine.

The setting for Boating is therefore quite identifiable, as is Édouard Manet’s social circumstance at the time of painting. He was residing at his family home opposite the town of Argenteuil and enjoyed frequent visits from Claude Monet and occasional meetings with Pierre-Auguste Renoir. The proximity of the two committed Impressionists may have motivated this recognisable inroad into the Impressionistic technique, tempered by Manet’s attachment to the more traditional idiom and his need for studio elaboration.

While certainly sketched en plein air, this painting is showing a bourgeois couple enjoying a countryside retreat on the Seine and was certainly finished back in the studio. Its large size alone, in full contrast with Monet’s small canvases, would have very likely required it. We also note that we are not in fact in front of a snapshot of a social occasion, which would have conformed to the Impressionist aim for spontaneity. The central human figure appears to be set up within an orderly composition, much in the manner of traditional painting.

The luminous lightness of this quasi-Impressionist creation brings a new tone into the oeuvre of Édouard Manet. The young man (Monet’s brother-in-law Rodolphe Leenhoff) dressed in navy fashion, as prescribed by the boating club of Asnières, is at the oar. His white clothes, pale complexion, golden moustache, and a rounded straw hat with a bluish strip around it is a bright figure at the centre of the painting whose opposition to the boundless aquamarine water behind him is primarily one of the bright and brighter tonalities. In juxtaposition to the vertical created by him, the young woman (the model is sadly unknown) in the boat with him establishes the horizontal of this painting and contributes to an impression of broadness on the inside of their boat.

The woman’s dress, a tassel-like creation of violets, blues, and whites — with only the shadows on the left proposing a darker tone — similarly creates no contrast with the river; only with the wood of the boat. Her mostly white headgear — covered by a net meant to protect her from the water — aligns with the man’s starch-white shirt, confirming the light luminosity at the core of this composition. It is along with the woman’s one-piece dress, trussed above the waistline, that we finally see in Boating Manet deploying a recognisably Impressionistic technique. The quick and vibrant squiggles of light and harmonious colour communicate the plasticity of the fabric.

This gorgeous vibrancy of the Impressionist type seen in Édouard Manet’s Boating is offset by the broad strokes which model the man’s white shirt, most strongly along the back. Here Manet refuses to admit the quick stroke, clearly believing it fit that the shining shirt should appear in almost unadulterated white.

The peculiar perspective is what makes Boating possible. For the water around the boat to appear as a boundless expanse, most especially in the upward direction (as if we were indeed at sea), a special viewpoint of the scene was required. The eye of the viewer/painter is at a certain elevation with respect to its subject and the horizon is entirely elided. This truly photographic perspective allows us to see inside the boat, and would have allowed the view of the entire male figure were it not for the woman. It is also precisely framed so as to position the man at the centre and to allow the intruding sail on the right to serve as a parallel to the oblique line traversing the woman’s head and bust.

Critics connect this idea of an elevated and precisely bordered naturalistic perspective to the emergence of photography in France in the 1870s. It may also have been encouraged by Manet’s familiarity with, and passion for, Japanese prints which were beginning to make their commercial way into France and which Manet took to collecting. Critics point at the artworks of Utagawa Kunisada in particular; even more precisely, to his depictions of boats at Ryogoku.

Boating was shown to the public at the Salon of 1879. The commentaries noted the Impressionistic turn and objected to it. It will be noted that Boating was painted within months of the first Impressionist exhibition (1874), in which Édouard Manet had made the choice not to participate. Yet, here we observe him making his first steps with a technique that his own experimentation had in part anticipated.

A Young Woman Seated at the Virginals: Johannes Vermeer 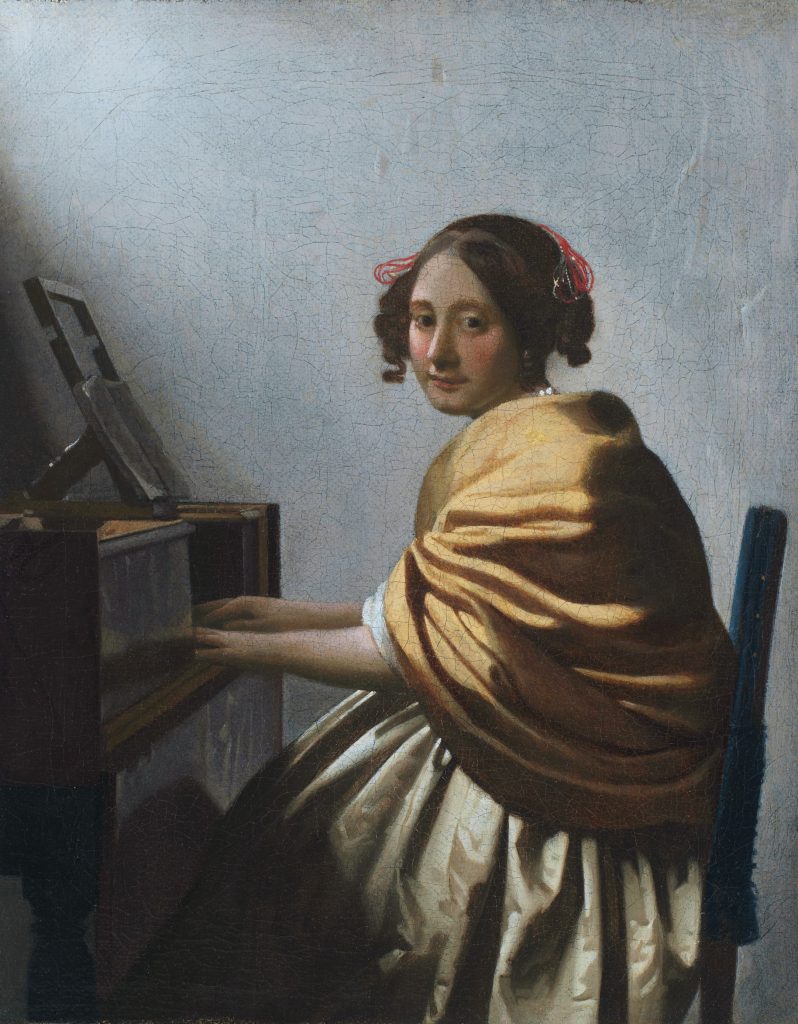 A Young Woman Seated at the Virginals is a genre painting by Dutch Golden Age artist Johannes Vermeer. It was created in 1670. This work […] 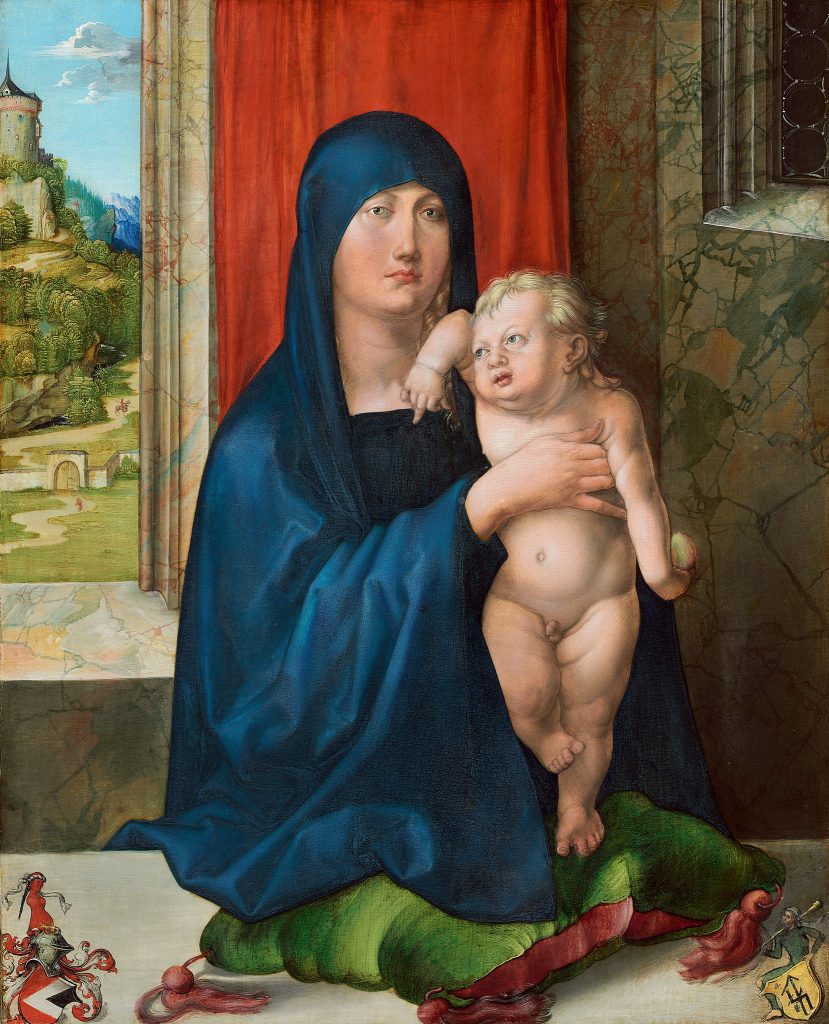