Alphonse Mucha (July 24, 1860—July 14, 1939) was an artist of the Czech and Central European Art Nouveau, a famed illustrator and decorator, and a lover of Slavic peoples.

After youthful training in choir singing, Mucha followed his love of drawing and painting for the rest of his life. This was possible only thanks to a multitude of patrons who recognized first his voice and then his handicraft and paid for his tuition.

At the age of 19, he first left Moravia for the great capital of Vienna. There he first worked as a theatre decorator and apprenticed under Hans Makart, an academic painter on regular commissions. This excursion outside Czechia (in the late 19th century known as Bohemia) was to be a prelude to moving, five years later, to Munich, where, thanks to a nobleman’s patronage, he attended the Academy of Fine Arts, its Prague equivalent having rejected his application some years earlier. Mucha’s period in Vienna had already brought him into contact with the multiple media of the fin de siècle age, in particular photography.

In Munich (1885-1887), Mucha lived in a milieu of Slavic migrants from across Europe and, as a strongly patriotic Czech artist, also experienced the acute German suspicion of Panslavist activism. When he moved to Paris in 1888, Mucha once again found a place in a circle of Slavic, and often Panslavist, artists, and intellectuals. In Paris, Mucha settled decidedly into the line of work that would make his fame: that of the artistic illustrator. Having worked on theatrical scenery before, Mucha began in 1890 to illustrate popular books. His attractive multicolor works earned him a reputation and a stable income.

True fame, however, came with Sarah Bernhardt, the extremely popular actress of the French theatre. Mucha was fortuitously and at short notice assigned the job of creating a promotional poster for Bernhardt’s performance of Gismonda during the Christmas holiday season of 1894. Mucha, who was familiar with Bernhardt’s figure from his earlier illustrations, portrayed her as a triumphant Byzantinian noblewoman in a floral dress, with her head metaphorically crowned by an arch bearing her name. The poster was taller than life-size, colored with finely accorded pastels, and accentuated the fine lines of Bernhardt’s visage.

The posters were sold to great public acclaim and Alphonse Mucha soon became a highly sought-after Parisian illustrator. This highly modern marketing profession involved him in creating poster designs for railway companies and cigarette manufacturers (and such brands as Nestlé and Idéal Chocolate).

They all commonly featured a beautiful woman with her hair curling up in several directions while occupying the visual space. They relied on eye-catching harmonious coloring and soothing floral decorations.

Mucha established himself thereafter, once more in a distinctly modern capacity, as an expert designer. He continued to work on corporate commissions but he also designed jewelry and published his discoveries about floral decorations in a book, Documents Decoratifs of 1902, at the time when he first began lecturing on design.

Alphonse Mucha’s sense of belonging to a wide community of beleaguered nations with a common origin found an exceptional opportunity for expression on the international stage when he won a commission from the Austrian government to decorate with murals the pavilion representing Bosnia and Herzegovina at the 1900 Universal Exposition in Paris.

The two provinces acquired by Austria in 1878 were in the process of integration into the Empire and needed to be celebrated as lands happily undergoing a process of modernization. Mucha was told he could not represent the Slavic subjects as suffering under a foreign yoke, as he had sought to do. Instead, he settled on a vision of future harmony between the three religious groups of the country rendered in the thematic Nouveau style. Mucha’s contribution to the pavilion ended up being far-reaching; his soft designs at the Bosnia pavilion appear to have been among the most appreciated displays of this world fair. For his efforts, he was awarded an Austrian knighthood and a French Legion of Honour.

Somewhat like his subsequent magnum opus, the Bosnia-Herzegovina pavilion did not feature any recognizable iconographies that would have identified it as particularly Bosnian. As an artistic vision of the desired future, the project did not involve much input from Bosnian tradition or the Bosnians themselves. It was a true Art Nouveau feat.

Thanks to an American patron, the magnate Charles Richard Crane, Alphonse Mucha was able, beginning in 1911, to initiate a massive project of 20 large canvases depicting the mythological-historical narrative of the Slavic peoples. 10 of the canvases are dedicated to Czech narratives, the only ones with which Mucha had a sure-footed familiarity.

The Slav Epic begins with the “Slavs in the Original Homeland”, crosses a one-canvas reference to pre-Christian religiosity, and centers around the legendary kings and battles of Slavic history, mainly in Czechia and the Balkans. Like his work at the Universal Exposition, Mucha’s rendition of historical and quasi-historical scenes is notably depersonalized. Individual human subjects hardly draw our attention in this visionary celebration of community and legend.

Alphonse Mucha, despite his fervent patriotism, did not take part in the political upheavals in the 1930s, when he lived in Prague, in the final established independent state of Czechoslovakia. Upon the German conquest of the country in 1939, prior to the outbreak of the world war, Mucha was subjected to interrogation by the Gestapo as a supposed member of the country’s patriotic intelligentsia. This was weeks before his death from pneumonia in July 1939.

Like the fascists, who suspected him of Panslavism, the communists who after the war ruled Czechoslovakia also rejected Mucha’s work, on the grounds that it was bourgeois and contrary to the mandates of social realism. In the post-communist age, Alphonse Mucha is regarded as a successful champion of Art Nouveau — a title he hoped he would overcome.

On the Balcony: Mary Cassatt 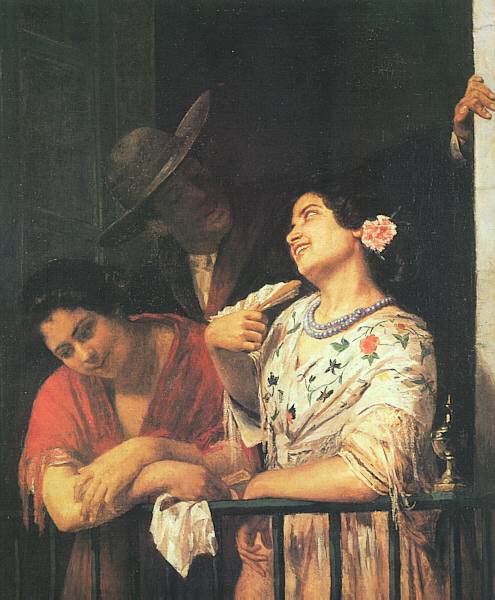 On the Balcony is an 1873 painting in the Impressionist style by the leading American painter and printmaker Mary Cassatt. This work is located in […]

Portrait of the Artist: Mary Cassatt 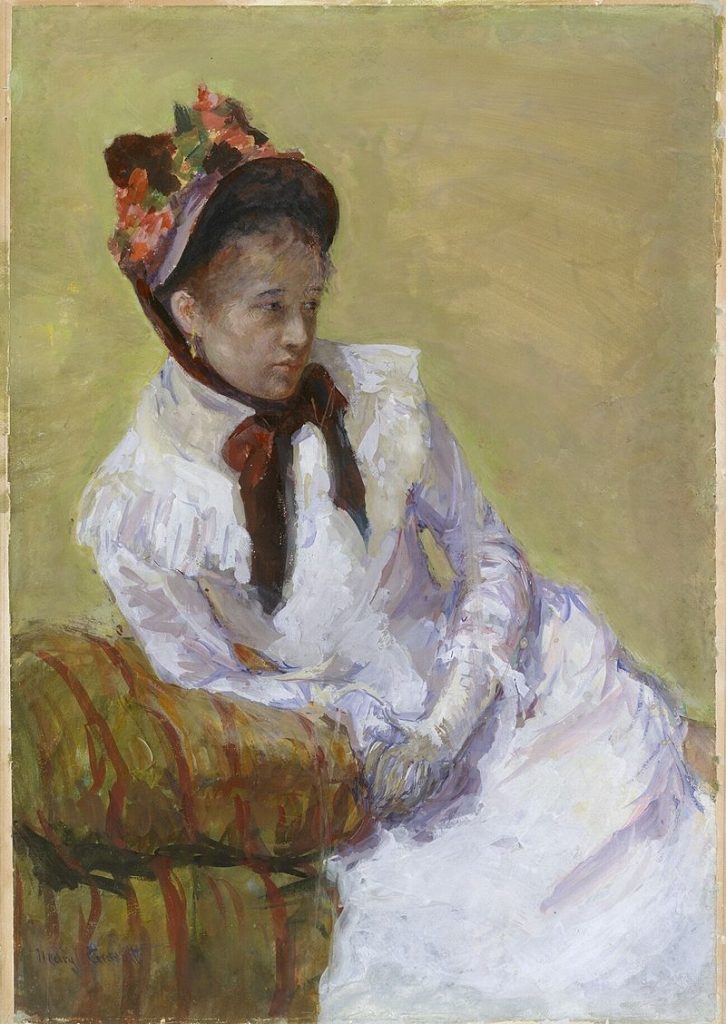 Portrait of the Artist is an 1878 painting in the Impressionist style by the leading American painter and printmaker Mary Cassatt. This work is located […]

The 12 Most Famous Paintings by Paul Cezanne 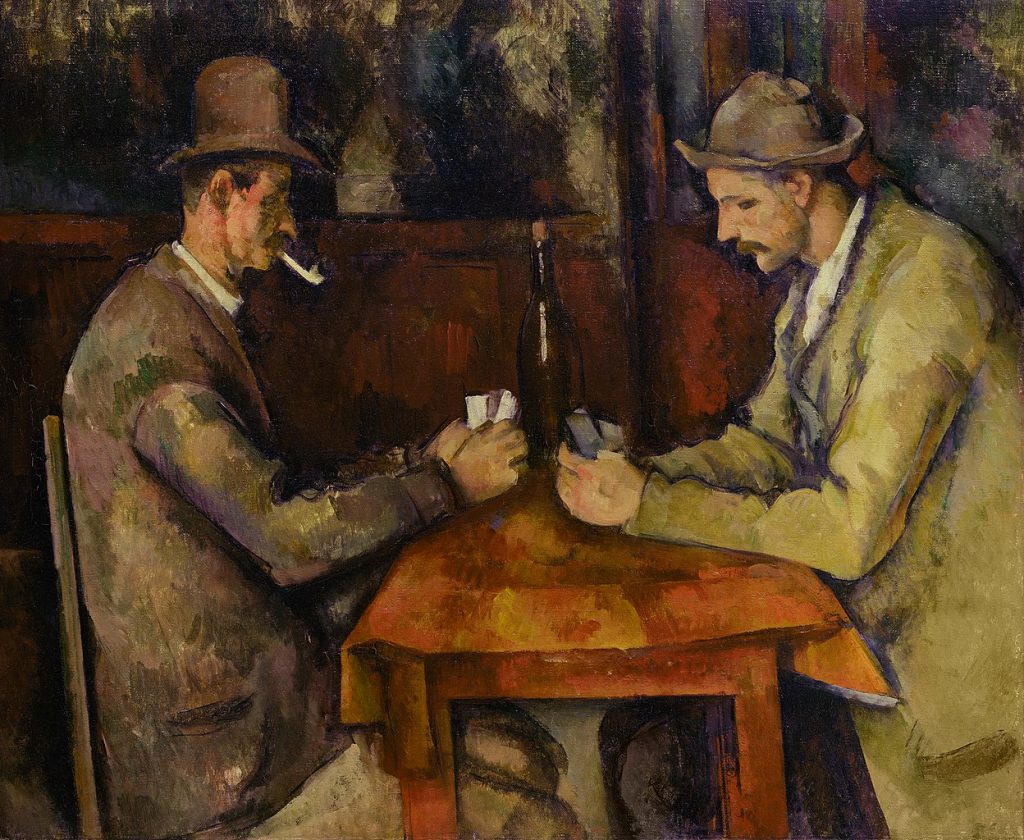 These are the 12 most famous paintings by Paul Cézanne. Paul Cézanne (1839–1906), a French painter, was one of the most significant Post-Impressionist, influencing the […]